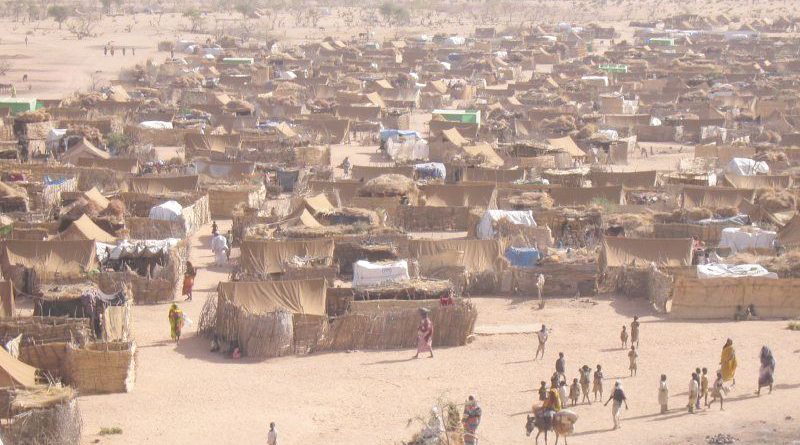 BY IRA GUHA AND DANIELA PHILIPSON

Last April, cyclone Idai killed over a thousand people and displaced over three million across Mozambique, Malawi and Zimbabwe. Of those affected, approximately 650,000 people were particularly at risk – because they have periods. Menstrual hygiene is an urgent public health and policy issue that is frequently overlooked during humanitarian relief operations. It is time to recognize that menstruators are uniquely impacted by crisis situations and to take urgent action to prioritize their needs.

Following natural disasters, menstruators are severely impacted by contaminated water. They are faced with the decision to wash their menstrual cloths in unsafe water – possibly exposing themselves to cholera and other waterborne diseases – or to avoid washing themselves or their clothes at all, which can result in reproductive and urinary tract infections. The effects from this are not just medical. If they feel dirty or ashamed by not washing, menstruators may withdraw from society, missing school and work.

In refugee camps, a lack of period products leaves menstruators with few resources to tend to their bodily needs. They may have to make pads out of the materials available to them, or they may have to use their rations to pay for pads instead of necessities like food. It often means more frequent visits to the camp’s bathrooms, which is a daunting event in itself. As one young woman at a Camp Moria in Greece told Buzzfeed, “The toilets overflowed regularly and it was especially bad if you were a woman and had your period. It is very dirty from all the pads. There is no box to throw it away.”

In 2017, the Mailman School of Public Health at Columbia University and the International Rescue Committee published a toolkit for integrating menstrual hygiene management, or MHM, in humanitarian responses. The toolkit puts forward a three-fold approach to menstrual hygiene, which incudes: (i) distributing MHM materials and supplies; (ii) building facilities with MHM in mind, such as clean and private toilets; and (iii) raising awareness of menstrual hygiene and available resources.

While the MHM toolkit provides a helpful framework for tackling menstrual hygiene in crisis situations, there have been recent challenges in its implementation. In 2016, in refugee camps in northwest Tanzania, researchers found that girls did not use newly constructed toilets if there was nowhere to dispose of used pads, as they felt shame leaving the bathroom with soiled pads in their bags. There were also issues caused by the distribution of reusable cloth pads, which were handed out without any soap to clean them. Thus, while the toolkit was delivered, there was a lack of consultation with residents in the camp regarding their needs and preferences.

Other studies from natural disaster zones in northeastern India highlight the critical need for privacy in MHM following natural disasters. In 2012, in Assam, menstruators affected by floods had no choice but to tend to their menstruation in public when they went for open defecation – which further shamed them. Humanitarian agencies responded by installing privacy screens, which enabled menstruators to wash without being exposed.

The cases of Tanzania and northeastern India offer three lessons on how humanitarian agencies can tailor MHM response strategies to the needs of specific crises.

First, it is critical to conduct a need assessment to understanding the specific characteristics and underlying causes of a crisis. For example, humanitarian response groups ought to differentiate isolated events, like natural disasters, from longer-term conflicts, like civil wars, when formulating a response. Victims of natural disasters may require emergency menstrual health supplies, such as disposable pads, to minimize their exposure to contaminated water. Those in refugee camps might require a longer-term strategy for addressing MHM within their camps, which would include building facilities with private toilets and dustbins.

Second, agencies must achieve high-level buy-in for MHM among leaders in the international development community. Despite the fact that MHM is a critical public health issue that impacts the lives of millions of people, it continues to be highly stigmatized. In order for this issue to be addressed more seriously, it is important to partner with think tanks and international organizations to conduct more research on MHM and to emphasize MHM as an issue of gender equality. MHM is integral to closing gender gaps between women and men and should be wrapped into the broader conversation of women’s unique needs in crisis situations.

Third, it is crucial to operate with cultural sensitivity by working with and learning from communities using a bottom-up approach. As the cases of India and Tanzania reveal, attitudes towards water and sanitation infrastructure are highly nuanced. In addition to having different preferences for menstrual products (e.g. pads versus reusable cloths), communities have different approaches to privacy, such as needing separate toilets for boys and girls. A one-size-fits-all approach is not likely to fit a community’s needs.

In her book, It’s Only Blood, Anna Dahlqvist wrote that menstruation is “an experience shared by more than two billion people in the world. Every day 800 million people menstruate. The shame is universal, and the silence is a global rule.” It’s time to break the silence. There is no room for menstrual taboos in humanitarian response to crisis situations. 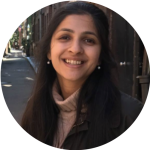 Ira Guha is a recent graduate of the Master in Public Policy program at the Harvard Kennedy School. She is the founder of Asan, a social enterprise that distributes menstrual cups to women and girls in India. Follow her on Twitter @ira_guha. 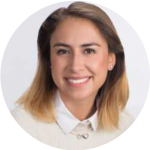 Daniela Philipson is also a recent graduate of the Master in Public Policy program at the Harvard Kennedy School. She currently works for the Feminist Task Force on issues related to women’s economic justice and financing for development. Follow her on Twitter @daniphilipson.