Home > Articles > Building a Policy Agenda for the Future of Work 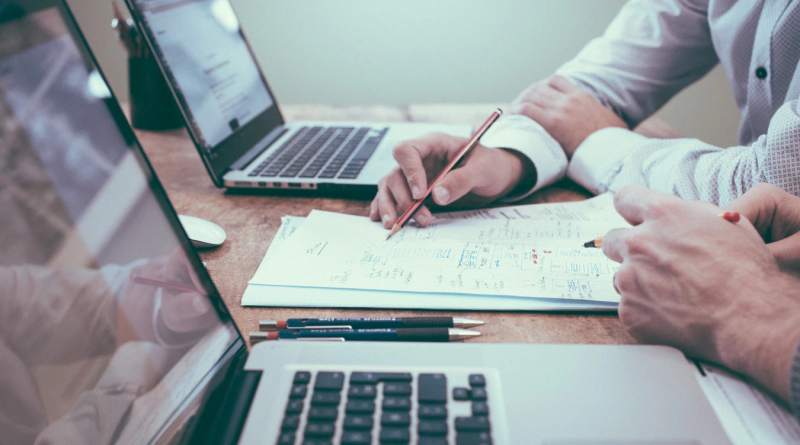 Fear of increased automation in work has undoubtedly caught the public interest. From international organizations to multinational corporations and TV shows, there have been numerous attempts to predict the impacts that automation will have on the economy – especially within labor markets. Analysing the Future of Work is, however, more than just measuring the net impact on jobs. It is about acknowledging the “many forces of change affecting three deeply connected dimensions of an organization: work (the what), the workforce (the who), and the workplace (the where)”[1].

Unsurprisingly, Americans express two times more worry than eagerness about emerging automation[2]. Yet, although 85% of Americans call for policies that would moderate the influence of these technologies, many believe their own jobs are not significantly imperiled[3].

The truth is digitization, automation, and other emerging technologies will disrupt the world of work in the 21st century at least as much as we witnessed during the 20th century, when societies shifted from economies dependent on agriculture to those embracing manufacturing.

According to McKinsey, “14% of the global workforce may need to switch occupational categories” [4]. This is especially true in advanced economies where “retraining and redeploying tens of millions of mid-career, middle-age workers”[5] will be key. But job change is only half of the story. New labor demand will also be created, specifically in areas of historic underspending such as infrastructure and buildings, or emerging fields like climate adaptation. As many as 90 to 120 million jobs may be generated — but only with the right policy environment and proactive decision-making by organizations[6].

Countering the destructive force of technology on existing jobs will require speeding up its constructive force in new sectors. Further, labor will need to be retooled more quickly than it has been historically. Previous work transformations happened at a generational pace — by contrast, the World Economic Forum predicts that “by 2022, no less than 54% of all employees will require significant re- and upskilling”[7].

Importantly, the individuals affected by the changing landscape will bear the burden disproportionately. As work is aggressively redesigned around human-machine collaboration — individual workers, who are still vastly better than machines at problem solving, communication, and coping with uncertainty, will be required to participate in how work is redesigned. In this context, there is an urgent need for the development of scalable solutions that go beyond increasing productivity. Initiatives such as the German dual-system apprenticeship program, blending school- and work-based learning, is considered best-practice on how to equip people with the right skills to thrive in new work environments. Solutions like this in the US will involve federal, state, and local governments, as well as corporations, educators, and of course, the individual workers themselves. Getting there will require forward-looking thinking and proactive action to circumvent the existing barriers.

Although the discussion around the Future of Work has focused primarily on private sector jobs, public administrations will be affected as extensively (if not more) than in the corporate environment due to the inherent institutional rigidity and irregular workforce development.

So, early research on the topic, performed by our team, together with the Deloitte Center for Government Insights, focuses out of both necessity and thoroughness on the case of the U.S. Federal Government. Departing from a framework we created on the “Government Jobs of the Future”[8], several facilitated sessions with key branches of government in 2018 and 2019 revealed two primary reasons why public sector organizations struggle with the Future of Work:

Informed by these two takeaways, the second phase of our research attempts to move forward with a framework and with initiatives to generate value-adding policy solutions.

Concerns around sustainability, inequality, demographics, and the constant transformation of business models make it impossible for a single stakeholder to tackle the necessary policy changes on their own.

Yet, even if issues around the Future of Work are gaining traction across the country (e.g. Washington State, New Jersey[9]) and also in the 2020 Presidential race, where Democratic candidate Andrew Yang has anchored his entire policy platform around the issue[10], these conversations typically happen in silos.

Economists and workforce development experts tend to talk among themselves but not with each other. The Trump Administration, in an executive order in June 2017, acknowledged, for example, how apprenticeships should be improved and expanded to prepare America for the Future of Work. The order was immediately given backbone by a task force and important initiatives like (i) Apprenticeship.gov, a pilot program providing a one-stop shop for employers, job seekers, and educators, and (ii) the Industry-Recognized Apprenticeship Program have followed that Presidential decision.

The agenda ultimately needs to go beyond one issue, one actor, and one sector.  Meaningful and thoughtful solutions will be cross-discipline. Our team, in the context of digital HKS and in partnership with IDEO’s CoLab and the Stanford Cyber Initiative, will convene a Policy and Prototyping Make-a-thon on the Future of Work with leading practitioners, scholars, and organizations thinking about the issue.

The main objective is to leverage the distinct sets of knowledge and experience around a series of key policy design questions to define a stronger, interdisciplinary toolkit, in a series of publicly available White Papers. This Make-a-thon approach, traditionally used to develop products-vice-policy, will challenge participants to think about both practical and scalable solutions that can create ‘good’ jobs in the Future of Work.

With the immediacy of the issue well-established, developing effective policy solutions could not be more vital. And, where the success of human-machine pairing depends on the approach that decision-makers set for their organizations, our team’s initiative will be an important step forward. At this time, one thing is certain — the number of organizations currently devising policies is dwarfed by the number still estimating potential impacts. To change from the status quo will require the application of an ambitious, disruptive mindset while also preserving the comprehensive participation of worker-minded stakeholders. After all, the success of this global transition depends on how organizations, employees, and individuals are empowered to contribute. 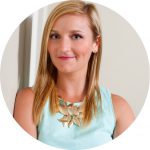 Jenn Gustetic is a 2018-2019 digital HKS research fellow and, currently, the program executive for the Small Business Innovation Research program (SBIR) at NASA. She is an experienced policy entrepreneur, having served as the Assistant Director for Open Innovation at the White House Office of Science and Technology Policy, and a leader in the federal open innovation community, having served as the program executive for prizes and challenges at NASA and co-chair of the interagency Maker working group. She holds a master’s degree from MIT in technology policy and a bachelor’s degree in aerospace engineering from the University of Florida. 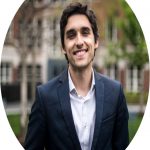 Carlos Moura Teixeira is a MPP Candidate at HKS, currently working with Jenn Gustetic on the Future of Work in Government as a Research Assistant and doing his Summer Internship at the OECD. Before arriving to Harvard as a Fulbright Scholar and John F. Kennedy Fellow, Carlos worked in the Cabinet of the EU Commissioner for Research, Science and Innovation and in to the Permanent Representation of Portugal to the Council of Europe, as part of the Portuguese Ministry of Foreign Affairs. Graduate in Economics from Nova SBE, he was granted the Angelini University Award, given the title of Portugal’s Young Scientific Journalist and elected the 2013’s best Portuguese student on Mathematics by the Academy of Sciences of Lisbon.

[4] McKinsey & Company (2017), “What the Future of Work Will Mean for Jobs, Skills, and Wages: Jobs Lost, Jobs Gained”, available at https://www.mckinsey.com/featured-insights/future-of-work/jobs-lost-jobs-gained-what-the-future-of-work-will-mean-for-jobs-skills-and-wages.

[10] “Meet Andrew Yang, a 2020 US presidential hopeful running against the robots” by Simone Stolzoff, in Quartz, available at https://qz.com/1485345/meet-andrew-yang-a-2020-us-presidential-hopeful-running-against-the-robots/