Home > Articles > Overriding the Constitution: Populism, the Notwithstanding Clause, and its implications for Canada’s rights framework 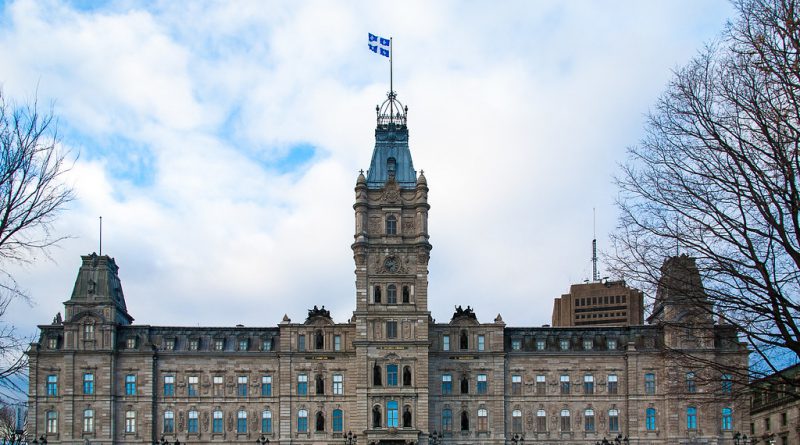 On March 26, 2019, Quebec Premier François Legault confirmed that his government intended to preemptively override Canadian constitutional rights when passing Bill 21, An Act Respecting the Laicity of the State. While political taboos have historically prevented governments from using such overrides, normalization and changing political rhetoric have removed the restraints that once prevented politicians from abusing their power. These developments highlight the overwhelming importance and worrisome fragility of the political norms essential to safeguard Canadian democracy.

The Quebec law ostensibly seeks to disentangle religion from the exercise of provincial power.[i] It would forbid public servants and those using many public services from wearing religious symbols. In effect, it targets religious minorities, preventing them from participating in essential parts of public life; barring police officers and school principals from wearing hijabs, turbans or kippahs, and requiring women in niqabs to uncover their faces to use seniors’ discounts on public transit.

But, for a government so concerned about state secularity, Legault and his party remain attached to the crucifix that hangs above the speaker’s chair in Quebec’s National Assembly. Prevarication around this religious symbol at the heart of Quebec’s political life reveal the bill’s true motivation — a blatant attack on multiculturalism and diversity within the province. [ii] Bill 21 is the most recent step by the Quebec Legislature to reinforce so-called “Quebec values”[iii] and cut immigration, even as the province faces labor shortages.[iv]

It is likely that Bill 21 would be found unconstitutional under Canada’s constitutionally-embedded Charter of Rights and Freedoms. Legault is able to override this by invoking a controversial and seldom-used provision of the Charter known as the “notwithstanding clause,” or Section 33. This allows Parliament and provincial legislatures to pass legislation that overrides many of the fundamental rights enshrined in the Charter. All that is required to invoke Section 33 is simple language in the bill that explicitly asserts the legislation’s precedence.

Despite its far reach, however, application of the notwithstanding clause has its limits. For example, it cannot override democratic rights or sex equality rights. It also has a sunset provision, requiring legislative review after five years. At least in theory, the sunset creates democratic accountability for overriding basic rights. The logic behind such a control, of course, is imperfect. Requiring a democratic safeguard against the violation of constitutional rights contradicts the foundation of such frameworks in the first place; constitutional rights exist precisely to protect minorities from the fickle whims of the majority.

Inclusion of the notwithstanding clause into Canada’s guarantee of its most fundamental rights was no accident. Without Section 33, it is unlikely the Charter would exist at all. During the constitutional negotiations of the early 1980s, provincial premiers, mostly from western provinces and Quebec, insisted it be included to protect parliamentary sovereignty and guard against federal encroachment. The notwithstanding clause was a necessary compromise needed to bring these provinces on board. At that time, G. W. J. Mercier, then- Attorney General of Manitoba, promised:

[T]he rights of Canadians will be protected, not only by the constitution but more importantly by a continuation of the basic political right our people have always enjoyed – the right to use the authority of Parliament and the elected Legislatures to identify, define, protect, enhance and extend the rights and freedoms Canadians enjoy.”[v]

Supporters of the clause argue that it strikes the necessary balance between individual rights and wider social values or goals, particularly in a system where Parliament, not the courts, is supposed to be sovereign. While courts make decisions on individual rights that may have unintended collateral consequences, Section 33 necessarily repositions power to a body better-suited to craft wide-ranging policy decisions. Advocates also argue the clause creates a much more widespread discussion of important issues: when the clause is used, the voting public will react, debate, and pressure the government if it was wrongly applied.[vi] But even its most ardent supporters agree that, for constitutionalized rights to mean anything at all, the notwithstanding clause must be used rarely.[vii]

For much of its history, the notwithstanding clause largely lay dormant.[viii] Notably, it was invoked by Quebec to prevent further legal challenges against a law requiring signage only be in French, which the Supreme Court had found violated the Charter’s guarantee of freedom of expression[ix] Alberta tried to use the clause to bar the federal government’s legalization of gay marriage, but, because defining marriage is a federal responsibility,[x] the attempt was found to be outside the province’s jurisdiction.[xi]

Disuse largely stemmed from a fear of backlash. The Charter is widely popular — a 2013 poll found 70% of Canadians ranked it as the most important symbol of national identity, above the flag, the national anthem, and hockey.[xii] In such a setting, many academics and politicians have predicted the political costs of using the notwithstanding clause would be too high to justify its use.[xiii] Harvard Law Professor Adrian Vermeule calls this the “belief trap”; where “constitutional power goes unexercised because those who wield it fear political backlash.”[xiv] As time passes, political unwillingness to use the power crystalized into convention, making a once-valid legal tool illegitimate. Although the powers of the notwithstanding clause were explicitly written into the Charter, for a while it seemed like it was bound for practical oblivion.

However, recent developments illustrate that politicians are increasingly keen to dust off this constitutional provision. In April 2017, Saskatchewan used the provision to protect its rural education policy. Facing low enrollment in rural schools, the provincial government decided to close many of them and pay to send their students to private Catholic schools. A court ordered the government to halt the policy after it found this policy in violation of the Charter’s religious freedom guarantee.[xv] Arguing compliance would cause an influx of students into the public-school system that would overwhelm the schools and disrupt student lives, Saskatchewan used the notwithstanding clause instead.

In the fall of 2018, Ontario twice threatened to override judicial decisions using the notwithstanding clause. While desperately searching for a way to invalidate the federal government’s implementation of a carbon pricing scheme, Ontario’s Attorney General suggested in a press conference that the province might use the notwithstanding clause.[xvi] Because the tax has nothing to do with individual rights or freedoms, legal commentators wrote off the suggestion as either a gross misunderstanding of the law or an egregious case of meaningless political posturing. But, a little over a month later, the Ontario government came close to using the clause again, this time to override a court order halting the province’s unilateral cut of Toronto City Council. The province sought to reduce the council from 47 to 25 councilors, less than three months before a mayoral election.[xvii] But for a higher court ruling overturning the lower court’s decision, the government would have used the notwithstanding clause to get its way.

And so back to Quebec. In the tumult and moil surrounding Bill 21, some opponents have proposed creative legal challenges to the legislation’s use of Section 33. Because the law would ban members of the provincial legislature from wearing face coverings, some argue the law may violate the Charter’s guarantee of democratic rights — which cannot be overridden. Others argue the bill’s targeting of Muslim women may violate gender protections ineligible for exemption,[xviii] or put their hopes in international courts to overturn the law.[xix]

But even if these legal challenges were to work, the underlying threat to the Charter would remain. After a long period of obscurity, “notwithstanding clause” now appears to be the most popular five syllables in the Canadian political dictionary. As someone who feels the Charter is essential to the ongoing project of building a diverse, inclusive Canada, this is worrying. As its use becomes commonplace,[xx] and as elected leaders brandish the override as a cure-all against meddling courts without consequence, the fear of political repercussions that once restrained politicians from overriding the Charter abates. Just like that, the rights ingrained in the Charter — the rights that provided the foundation for legalized abortion and made discrimination against same-sex relationships illegal — weaken. The foundational rights that make our society a fairer, better place are now subject to political debate, and have no stronger guarantee than the hope that they sound good in a stump speech. 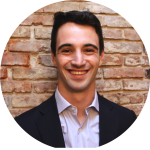 Zac Smith is a soon-to-be third-year JD/MPP at Harvard University. When not preoccupied by legal norms, he prides himself on his depictions of stick people.

[ii] Montreal Gazette (Oct. 9, 2018), https://montrealgazette.com/news/quebec/crucifix-will-stay-in-quebecs-national-assembly-caq-says. While the Premier has recently suggested the crucifix could be removed, his Minister for Immigration, Diversity and Inclusiveness insists that the depiction of Jesus on the cross is a historical symbol, not a religious one, Marian Scott & Philip Authier, National Assembly might follow Montreal in removing crucifix: Legault, Montreal Gazette (March 20, 2019), https://montrealgazette.com/news/local-news/crucifix-at-city-hall-to-be-removed-plante-administration-announces

[v] Marc-André Roy & Laurence Brosseau, The Notwithstanding Clause of the Charter, Library of Parliament (May 7, 2018), https://lop.parl.ca/sites/PublicWebsite/default/en_CA/ResearchPublications/201817E#txt18.

[vii]  See, e.g., Peter Hogg, “A Comparison of the Bill of Rights and the Charter,” in Walter Tarnopolsky and Gérald-A. Beaudoin, eds., The Canadian Charter of Rights and Freedoms: Commentary, Carswell, Toronto, 1982, p. 11.

[viii] The major exception to this dormancy was the three-year period following the adoption of the Charter, the Quebec National Assembly attached the Charter to every piece of legislation it passed.  This behavior was an act of protest against the new constitution, which was adopted without the province’s consent. Following this period, Quebec has generally abided by court decisions regarding the Charter, but has not yet agreed to the constitutional provisions introduced in 1982.

[xiii] Marc-André Roy & Laurence Brosseau, The Notwithstanding Clause of the Charter, Library of Parliament (May 7, 2018), https://lop.parl.ca/sites/PublicWebsite/default/en_CA/ResearchPublications/201817E#txt18.

[xviii] Tu Thah Ha, Experts say there are ways to overturn Quebec’s secularism bill despite the notwithstanding clause, Globe and Mail (Apr. 1, 2019), https://www.theglobeandmail.com/canada/article-experts-say-there-are-ways-to-overturn-quebecs-secularism-bill/.

[xx] Explaining his use of the notwithstanding clause, Premier Legault tried to emphasize how unremarkable his action was by pointing to other uses of the power.   Authier, supra n. 1.