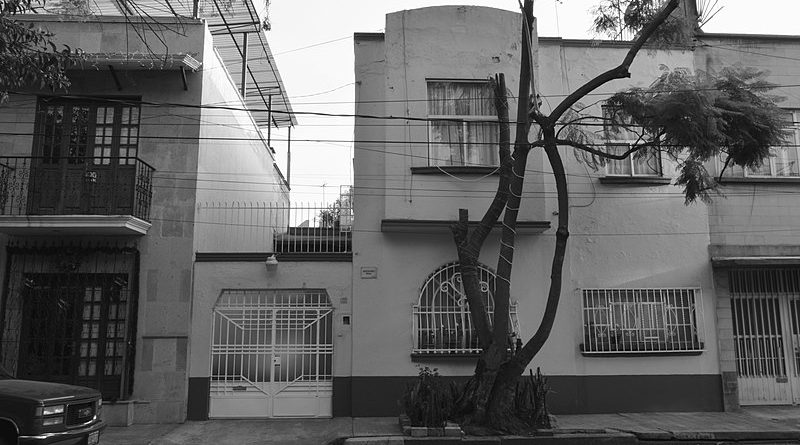 Alfonso Cuaron’s most recent film is named after one of Mexico City’s upper-class neighborhoods, Roma. For those who live abroad but call Mexico City home, watching the film is like taking a nostalgic trip to our past, uncovering buried memories. For me, it was a specific memory of when I lived in the neighborhood of Roma and the first time I became aware of the stark differences of how Mexican women experience gender-based violence.

On April 24, 2016, women from around Latin America mobilized across the region to organize dozens of marches and demonstrations. That day, my friends and I met early in my Roma apartment. As we gathered, we embraced each other and laughed heartedly. We were happy and eager to manifest our sororidad[i] as we readied ourselves to drive to Ecatepec in the State of Mexico where the march began. Ecatepec city, less than two hours from Roma is infamously known as the epicenter of gender-based violence in Mexico. Compared to Roma, it is a desperate place. Women’s lifeless bodies—often raped, strangled or beaten up—are commonly found by the shore of a greenish brown river smelling of chemicals from the many industrial plants in the city. Hate crimes toward women in countries across Latin America are legally deemed feminicidios. They are different to homicides because they result from brutal violence and are committed by intimate partners motivated by jealousy and other sentiments of toxic masculinity and machismo[ii].

My friends and I are young Latin American feminists who, despite having been victims of sexual harassment and abuse in our own contexts, have college degrees and enjoy the privileges that come from living in a country’s capital and it’s nicer neighborhoods. However, standing in front of the Ecatepec City Hall, I knew this was the closest my body would ever be to the river’s overpowering stench. White and upper-class Mexican women face subtle and not so subtle forms of violence, but they have higher access to education and the workforce than ever before. In a country where racism is still believed to be a myth and the differences between dark-skinned and light-skinned people is often blurred, education and formal employment is not equally accessible for indigenous or working-class women.

Roma tells the story of a well-off family living in Mexico City during the early 1970s. In the film,  Cuarón subtly shows the overlapping differences and similarities of gender-based violence faced by wealthy and poor Mexican women alike.  The film portrays a family with four children and the four women who look after them – the mother, grandmother, and two indigenous domestic workers from the state of Oaxaca. As such, Roma is an important reminder of how two opposite realities can coexist under a single household and how women can join forces to exercise solidarity in their fight against sexist oppression despite their differences in privilege.

Cleo, one of the two domestic workers, is the protagonist of the film. Although she is not part of the biological family, Cleo is an instrumental figure in the household’s everyday life. In the father’s absence, Cleo is the cement which holds everyone and everything together even when her own personal life is falling apart. Yet, like most domestic workers in Mexico, Cleo has no working rights and is subject to the family’s petty whims.

When Cleo gets pregnant, the father of her child abandons her in the middle of a date after she tells him she is expecting. The next time she sees him, he threatens her life and that of her child if she ever tries to find him again. When the time comes for Cleo to give birth, her child dies immediately after being born. The hospital administration has little to none considerations over Cleo’s physical and mental health after losing her baby, she is dismissed and returns to work the next day. Near the end of the film, Cleo confesses she had never wanted the baby. Yet, abortion was never an option for her. Abortion only became legal in Mexico City in 2006 and is still criminalized in the rest of the country.

The mother of the family that Cleo works for, Sofia, is portrayed as a very different yet also inspiring symbol of female resiliency. When her husband leaves her for another woman, she risks her integrity to shield her children from the truth of their father’s abandonment. She then overcomes the paralyzing fear resulting from the rigid social norms of the Mexican elite, when she finds a job and comes to terms with her new role as a working single mother. After being financially dependent on her husband for years while she bore children and looked after them, Sofia becomes the breadwinner. On one occasion she saves sufficient money to take her loved ones on vacation.  She explains to her children that this time vacation will not be an expensive trip to Disneyland. Instead, she drives her children, mother and Cleo to the beaches of Veracruz where she devotes all of her motherly efforts to creating a loving and caring environment to tell her children their father is not coming back from his “extended work trip.”

Roma’s representation of both women is an ode to female resiliency in Mexico. The beautiful cinematography, which won the film an academy award, depicts an idealistic image of Mexican women—seemingly delicate and submissive, yet remarkably strong when tested. The film also does a fantastic job weaving together Cleo and Sofia’s struggles, simultaneously comparing and contrasting the different degrees of violence women are subjected to, ranging from emotional, psychological and financial violence to physical and deadly violence. While Sofia struggles to deal with her husband’s betrayal and protect her children from the suffering she is experiencing, Cleo struggles to live her everyday life in a sexist, classist and racist country, insisting that her presence in the world is invisible. Although Roma is about Mexico in the 1970’s, women’s reality has not changed much. When the father of her child threatens to kill Cleo and her baby, she is lucky not to share the same ending as the women of the Ecatepec river. Many women in Mexico today do not share that luck.

[i] Spanish word for political and intellectual actions born from female solidarity.

[ii] Form of sexism prevalent in Mexico and Latin America. 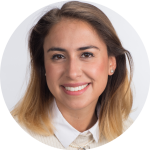 Daniela Philipson is a second year Master in Public Policy student from Mexico City. Prior to attending the Harvard Kennedy School, she worked as a legislative advisor in the Mexican Senate. Her interests are the improvement police of forces in Mexico, drug policy, political economy, and gender equality.