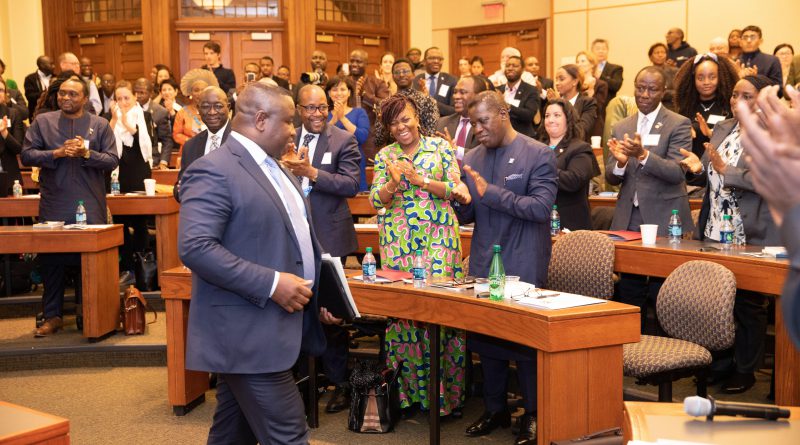 A new administration is at the vanguard of African leadership, prioritizing national development in a new model of partnership and possibility

Sierra Leone has adopted a new strategy that is reforming its troubled past, piece by piece. Less than a year into his term, President Julius Maada Bio is leading his country in a novel and unexpected way and for what appear to be the right reasons: a new approach to building a country that puts actions ahead of promises and prioritizes human capital development, economic diversification, and a pro-business ecosystem.

Last month, President Bio and a delegation of his ministers visited Greater Boston to show the fruits of their work. They brought with them their new vision for Sierra Leone and the proof behind it – a rejection of Chinese funding in favor of donors invested in long-term development, the implementation of programs that offer nation-wide free quality education, that target anti-corruption, and most impressively, a capable and motivated team to lead on these priorities.

As the only Sierra Leonean at Harvard who was raised in the nation through the civil war, I saw the stagnant development that followed, witnessed the Ebola crisis unfold, and lived through the exploitation of resources by one administration, which succumbed to poorly structured incentives and corruption, after another. I joined their visit skeptical of their promises. I left changed.

Sierra Leone’s free quality education initiative, for example, is an impressive gamble: an already-underway commitment to free primary and secondary education that does not compromise on quality. Bio and his team are finally investing in long-term human capital development in a country where the vast majority of the population is young and eager to work. Additionally, a new Directorate of Science, Technology and Innovation (DSTI), led by the country’s first-ever Chief Innovation Officer (CIO), Dr. David Sengeh, is tracking human capital data, building a transparent and stable business environment for companies and startups, and measuring national progress in financial services, mobile services, and geographic systems. The emphasis on certainty is key: by prioritizing implementation of regulations, nation-wide anti-corruption mandates, and tax incentives, Sierra Leone is building an ecosystem for tomorrow rather than short wins today.

President Bio has tapped leaders uniquely equipped to execute on this ambitious vision. Nabeela Tunis, minister of planning and economic development, has created a national development plan that situates a Sierra Leone for the next decade. CIO Dr. David Sengeh is a 31-year-old TED fellow and multiple patent-holder who is bullish on Sierra Leone’s path to Western technology standards. Freetown Mayor Yvonne Aki-Sawyerr’s prioritization of urban planning and anti-corruption is visibly reshaping a city that holds nearly a third of the nation’s population. They may not share parties, but despite political differences, this new class of leaders shows an unwavering commitment to a developed Sierra Leone and is eager to test, learn, and make rather than pontificate.

The road ahead will not be simple. The path to sustainability in jobs and growth is never as simple as it appears. Yet the Bio administration’s proof points are there to meet the ambition:  investment with transparency, accountability, a regulatory framework, and a responsible team.

As Aminata Kane, the Sierra Leone CEO of telecommunications provider, Orange, shared “You want to be a part of the success story from the beginning.” Bio and his team are using agility and learning to build a new kind of Sierra Leone for Sierra Leoneans, one that for the first time appears equipped to deliver a once-distant vision. 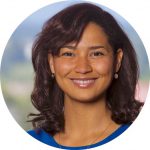 Jennifer is Sierra Leonean-Ukrainian and a student of Stanford Graduate School of Business and Harvard Kennedy School of Government. Before graduate school, she worked on strengthening health systems in Sierra Leone. She is an expert in development involving public and private sector partnerships.

Photo courtesy of the author