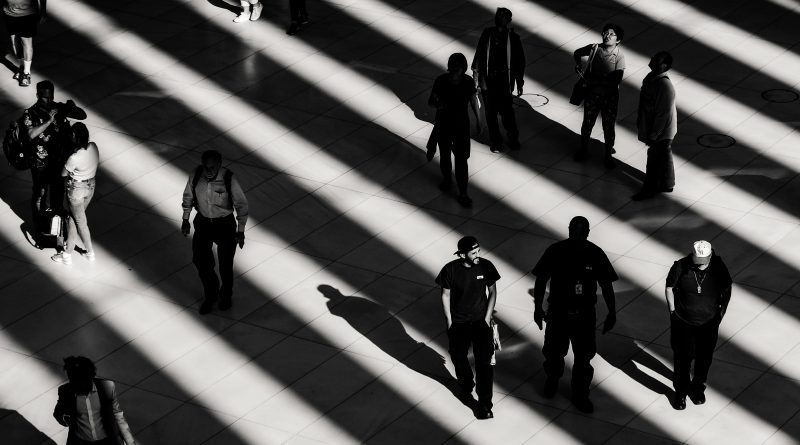 In March 2018, Commerce Secretary Wilbur Ross, whose department administers the decennial United States census, announced he would include a question on the 2020 Census asking, for the first time since 1950: “Is this person a citizen of the United States?”

The question sparked immediate backlash; it’s common knowledge that inquiring about citizenship will result in fewer people filling out their census form.

The Kennedy School Review spoke with Esperanza Guevara, census campaign manager for the Los Angeles-based nonprofit the Coalition for Humane Immigrant Rights (CHIRLA). CHIRLA, which primarily advocates for immigrants’ rights, is for the first time getting state funding from California to reach some of the Los Angeles area’s 3 million hard-to-count Latino residents. CHIRLA will officially launch their 2020 Census campaign, Contamos Contigo, on April 22.

KSR: What is the current status of the citizenship question?

Guevara: At the moment, three different federal courts have struck down the legality of the citizenship question—in New York, in California and in Maryland. CHIRLA was a plaintiff in the Maryland case. We’re still monitoring the legislation, but at this moment the citizenship question is not to be included in the census. That being said, we’re anticipating the Supreme Court hearing on April 23. We do foresee them overturning [the lower courts’] decision, potentially.

KSR: CHIRLA is reaching out to communities that historically the Census Bureau has struggled to count. Tell us what in the past has made them difficult to reach?

Guevara: They are unlikely to return their census forms for a lot of different reasons. Being limited English proficient is one of them. If you have difficulty reading or verbally understanding a language, you’re not going to fill out a form. Individuals who have distrust in the government are also considered hard to count. Immigrant communities, in particular, are constantly targeted by different scams and are the victims of fraud. Another obstacle is the push for people to fill out the form online as a way to cut down on costs. A lot of our community members do not have access to reliable internet at home or may only have access through mobile devices. Living arrangements are another huge issue. A lot of our community members live in over-crowded housing. They may be renters in a unit that is meant for three people, and there are more than that living there. Because of housing arrangements that aren’t in accordance with city ordinances, people feel like, ‘Well if I fill out the census form, and the government knows I’m living in this unit, and there are 10 people here, are there going to be consequences for that?” It’s this sense of, “Is this information going to be weaponized and used against me?” And that puts our community at a serious disadvantage for receiving resources that are federally funded.

KSR: Have members of the communities you work in filled out the census before?

Guevara: We’re doing outreach in communities that are already marginalized. They don’t get called when electoral campaigns are reaching out to voters. They don’t have that engagement with government institutions. We hear a lot that they’ve never filled out the form to begin with.

So, we’re reaching out to community members who are learning about the census for the first time. And we give a lot of context about the citizenship question because it’s in the news, and people have concerns about what’s going on.

KSR: What if the Supreme Court affirms the ruling of the lower federal courts, and determines the Trump Administration cannot add a question about citizenship to the 2020 Census? Will that assuage these community members’ concerns?

Guevara: The rumor is that the citizenship question might be added to the census. It’s really hard to undo rumors once they’re out in the community. In that sense, the damage has been done. If someone were to receive the census form next year, and hadn’t been reached out to by anyone at CHIRLA or another community-based organization, and they heard on the news that the Trump administration was using this data for nefarious reasons, they’re more likely to ignore the census form. And that’s why it’s important that community-based organizations are out there undoing these rumors.

KSR: How can you encourage someone who is hesitant to still fill out the census form?

Guevara: We really emphasize that whether or not the citizenship question is added to the census, the data that people are giving to the Census Bureau is protected under law. Title 13 of US Code requires this info to be kept confidential. It can’t be disclosed for any reason for 72 years. If someone does disclose this information, the penalties are very severe. We drive home those points about the consequences of someone unlawfully using census data for any purpose.

We also explain that the Trump Administration has been employing many tactics and politics to try to erase communities from this country. To try to add the citizenship question to the census—it’s just another tactic to try to erase our community. We have to fight against that. We have to be counted in the census and in our government.

Note: This conversation has been condensed and edited for clarity.

Photo by Zac Ong on Unsplash