Home > Articles > Lifting Up Women’s Voices While Challenging the Binary 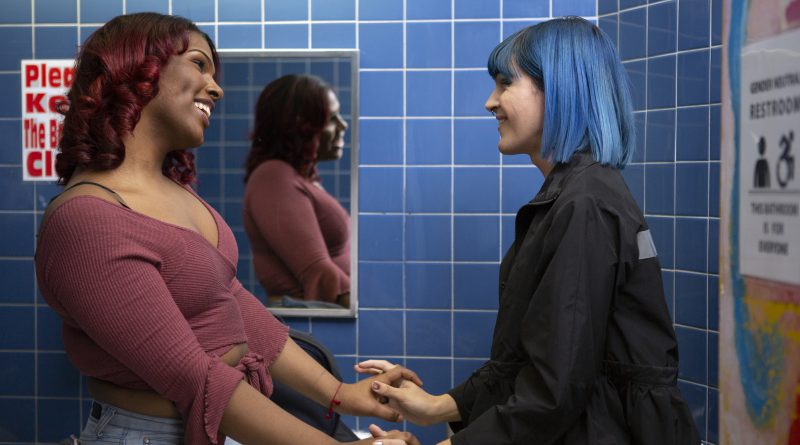 Women’s spaces are stronger when they include transgender voices.

When I returned to my home city after college, I found community in the feminist collective. I attended radical craft nights, “ladies only” urban bike rides, and late-night discussions in garages where women led conversations on topics like rape culture, and men sat on the outside, only allowed to participate when prompted.

But over time, organizers and attendees increasingly did not share the singular identity of “woman.” Trans men, non-binary individuals, and trans women pushed the limits of how these spaces should articulate gender. The collective shifted its event focus and identity, and simple “in, out” circles were no longer the answer. Feminism still grounded the collective, but binary language did not.

These experiences underscore the tension between the need for safe spaces and the danger of exclusive ones. We must celebrate and elevate women’s stories, but not at the expense of transgender and non-binary voices. Organizers of women’s spaces have a unique opportunity to reimagine what transgender inclusion looks like by addressing this tension head on.

To put this into context, women’s spaces can be physical, social, and professional. They can have formal policies or casual text-message chains. Women share knowing sighs of solidarity in the line for a perpetually overcrowded bathroom. We carefully choose the company with whom to share the frustration of mansplaining, or the anxiety of the Kavanaugh confirmation hearings. Women’s colleges emerged when women were long barred from accessing higher education, and professional development programs provide opportunities for women to support each other in the workplace today.

These spaces have immense value, but questions raised by transgender and non-binary communities have challenged their structure and function. According to the Williams Institute, 1.4 million people identify as transgender in the United States, roughly double the number from a decade ago. Transgender voices are seeing greater representation in media and politics, and nearly four in ten Americans say they know someone who is transgender.

This has pushed women’s spaces to grapple with the question of gender inclusion. For example, many women’s colleges have adopted admissions policies regarding transgender students. Mt. Holyoke College admits all students except those “biologically born male, who identify as a man,” meaning they accept transgender men, women, and non-binary individuals. Smith College admits cisgender and transgender women, but not transgender men or those identifying with a gender other than female, although the university will fully support matriculated students who choose to transition their gender.  These policies add clarity, yet can create new complications. A non-binary or transmasculine student who is assigned female at birth would jeopardize their admission to Smith by disclosing their gender identity, but could choose to check “woman” and be accepted.

The boundaries of woman’s spaces have been questioned in other settings, too. Many domestic violence shelters that serve women are inclusive of transgender women, which is a requirement for those receiving federal funding. Yet nearly one in four respondents to the 2015 U.S. Transgender Survey who sought services at a domestic violence shelter or rape crisis center reported mistreatment of some kind based on transgender identity.

In addition, states across the country continue to debate if transgender women can use women’s bathrooms. In both settings, there’s a fear that the presence of transgender women may undermine the safety of a women’s space, yet this assumption is unproven. A 2018 study found no link between trans-inclusive policies and public safety in bathrooms, and the exclusion of transgender women from domestic violence shelters denies support to one of the most vulnerable groups facing intimate partner violence.

Women’s spaces must first be wary of those who refuse to accept trans women as women. The word “woman” encompasses both cis and trans women without additional explanation, although clarifying language can signal that a space is inclusive. It is valid to recognize that transgender women have lived different experiences than cisgender women while still upholding their womanhood and shared experiences.

Where trans men and non-binary individuals fit into women’s spaces is sometimes less clear, and gender passing can bias self-selection and judgment. If a space aims to support those who do not enjoy the privileges awarded to cisgender men, then it should broaden its parameters beyond “women,” making explicit the inclusion of trans and nonbinary participants. If women’s identity is important to group cohesion, as Smith College has decided, then organizers should clearly articulate that decision.

These changes require intentional steps. Language that presumes a specific relationship to gender, such as a feminine gender presentation, a shared biology, or a label like “ladies,” can alienate those for whom it does not apply. A public speaker should never presume the gender of an audience. A designer of a woman’s program should consider how language and structure may include or exclude participants. And each of us can recognize when gendered spaces may not be necessary at all.

Women’s spaces celebrate women and push for greater gender equity, but they can also exclude. Let’s support the trans and non-binary individuals challenging gender every day by rethinking these spaces and lifting up more voices along the way. 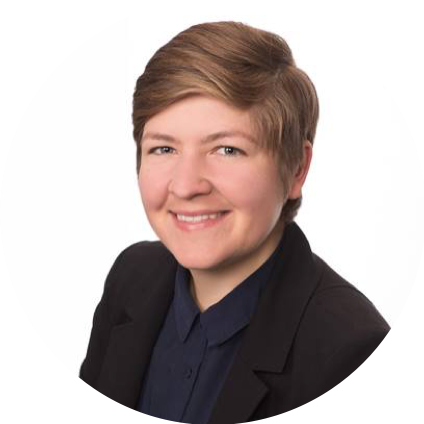 Laura Merryfield is a Master in Public Policy Student at the Harvard Kennedy School and co-chair of the LGBTQ Caucus. Laura comes from a community organizing and nonprofit background in immigrant rights, education, and health.