Home > Articles > How SFFA Teaches Us to Achieve a Healthier Democracy 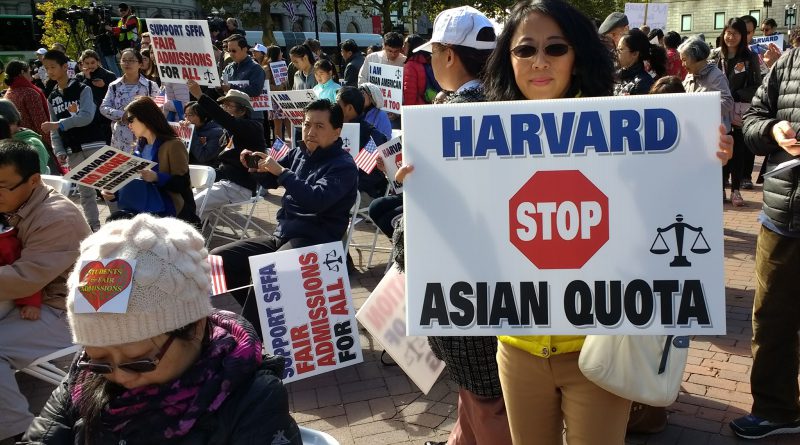 In 2014, Congressman Ed Chau climbed onto a podium in front of hundreds of Chinese American protestors and democratic advocates. Facing signs that read “Ed Chau must represent his voters, not his party,” he declared he would not support SCA5, proposed legislation to overturn California’s race-blind admission policies at public universities. In doing so, Congressman Chau broke from the California Democratic Party and appeased his Chinese American constituents. By organizing and projecting their concerns, these constituents defied the reputation Chinese Americans have developed for disengagement in American politics.

The SCA5 response deserves attention because it shows that subgroups which have been hesitant to participate in democracy can be spurred to civic engagement when faced with salient issues and effective organizing strategy. Chinese Americans turn out to vote at rates significantly lower than other ethnic groups, including other Asian Americans, and report receiving the least voter outreach. Whether this disparity is the cause or effect of low voter turnout is unclear, but Chinese American political engagement is low, regardless. However, catalyzed by tightening prospects of admissions that breed insecurity, and fueled by the organizational power of a popular Chinese social media app, Chinese Americans have changed their relationship with American democracy.

This insecurity manifested through two distinct shifts: changes in standards for successful applications and increased competition for a fixed number of acceptances. A recent study concluded that colleges are de-emphasizing GPA and the SAT, both strong suits for Chinese American applicants that are viewed as integral to their chances of admission. How institutions have updated their admissions criteria is often kept under wraps, but in Harvard’s case, legal filings reveal that the school has adopted a new “personality test.” This test has been proven to “significantly undermine” Asian American applicants’ chances of admission, posing a real threat to Chinese American applicants hoping to earn their spot at America’s flagship university.

While admissions standards are shifting, the statistical chance of acceptance for any Chinese American candidate is decreasing. At top schools nationwide, acceptance rates are declining, as more students vie for a set number of spots. In particular, selective schools have experienced a sharp increase in applications from Chinese American students, shrinking the chance that any given candidate receives an admission letter.

A long-term emphasis on education as a means to prosperity has helped establish Chinese Americans as one of America’s most prosperous ethnic groups. Given education’s ties to financial and social stability in the United States, it makes sense that a changing admissions landscape spells a major threat to the group’s economic security. While the role of affirmative action in this new insecurity is unclear, many Chinese Americans view racial considerations as encouraging the acceptance of less-qualified students in a zero-sum admissions game— and are organizing accordingly.

Opposition to SCA5 represented one path, in which community organizing spurred a political achievement for the Chinese American community. More prominently, however, Chinese Americans have joined other Asian American subgroups in organizing a nationwide judicial response, circumventing the political system by taking their concerns to the Supreme Court. Just months after Ed Chau took his podium, an anonymous group of Asian American students, calling themselves Students for Fair Admissions filed a lawsuit against Harvard that challenged the legality of race considerations in university admissions. The case has received national attention and spurred engagement from Chinese Americans across the country concerned about affirmative action in higher education.

Students for Fair Admissions and the many groups that support it are largely organized through communications on WeChat, a popular Chinese-language social media platform that has been labeled a “virtual Chinatown.” WeChat offers a central square for Chinese immigrants to connect not only over Chinese current events, but also domestic politics and was integral to opposition of SCA5. Local Chinese American organizers activated parents to protest the legislation by spreading word, via the mobile app, that the measure would cost their children admission to the state’s elite public universities. WeChat is predisposed to the rapid spread of news—with a mono-ethnic environment that is big enough to develop an influential infrastructure but not so big that members are disincentivized to participate.

Chinese American opposition to affirmative action, through SCA5 and Students for Fair Admissions, demonstrates a rare, effective path to overcoming a voting blocs’ reluctance to get involved in democratic initiatives. With the proper precision, actors may generate similar increases in political activity by speaking to the issues that are uniquely salient to a certain community. In the case of Chinese Americans, affirmative action was perceived as seriously threatening a well-traveled path to prosperity, but other communities will have their own unique concerns.

Further, actors should rally engagement on exclusive social media channels. Chinese Americans already convened on an ideal communication platform, a community feature admittedly difficult to replicate. Recent social media outlets like Black Sports Online, and Subtle Asian Traits, have both shown promise in their aptitude for growing sizeable followings with mono-ethnic branding. Still there is work to be done in identifying how they could be utilized without diluting their potency.

The story of Chinese Americans’ spike in democratic engagement provides an important roadmap. It shows it is possible to tap into the values and concerns of certain groups that are under-engaged in democracy. Pairing salient issues with effective organizing, we can spur civic engagement in other politically underrepresented communities. 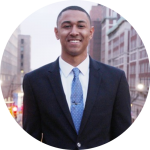 Cian Saunders is a fourth-year BA Candidate at Columbia University studying Political Science. His interests are American elections and voter behavior, and the rise of populism in Europe.