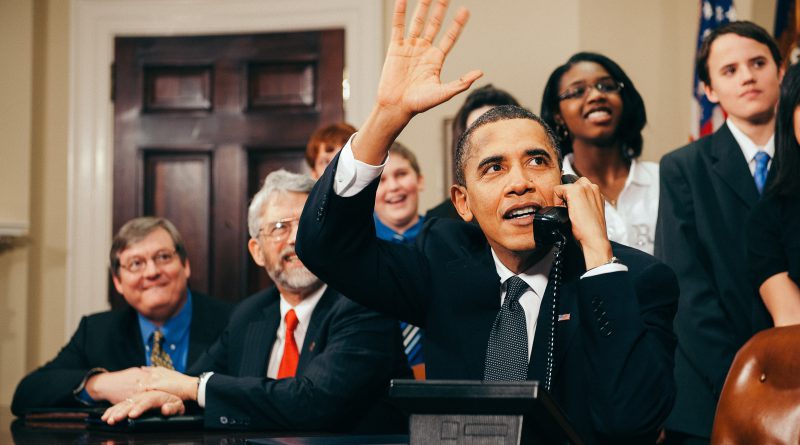 During the 2016 presidential campaign, Donald Trump ran under the slogan “Make America Great Again”. Although the first three words of the slogan were uncontroversial, the last one – “Again” – led many observers to wonder what bygone era Trump was referencing. His harshest critics claimed that he was referring to a time when racism was rampant and African-Americans didn’t have the right to vote. His supporters said that his message was more economic than racial: Trump was harkening back to an era when blue-collar jobs were plentiful, opioids were scarce, wages were growing, houses were cheap, and parents could assume that their children would lead better lives than they did. But even if we accept the benign interpretation of #MAGA, it’s hard not to notice that Trump’s rhetoric is just that – rhetoric. When it comes to actually making America great again, the pinnacle of success is Barack Obama, not Donald Trump.

When discussing the origins of the slogan, the president has emphasized the economic argument more than the racial one. “I felt that jobs were hurting,” he said. “[Make America Great Again] meant jobs. It meant industry. And it meant military strength. It meant taking care of our veterans. It meant so much.”

Trump has argued that the U.S. struck the right balance on these issues in the “late ‘40s and ‘50s” – a time when African-Americans and other minorities were strongly discriminated against, but also when the economy was booming, manufacturing jobs were plentiful and growing, disparities in both income and wealth were declining among Black and White Americans though gaps still existed, and almost all men of prime working age held jobs.

After the late 1960s, the U.S. entered an era of rising inequality and slowing growth. Politicians cut taxes for the wealthy, offset those tax cuts with higher taxes on poor and working-class Americans, attacked labor unions, deregulated Wall Street, sat idly by as rising healthcare costs chipped away at workers’ earnings, refused to increase the minimum wage in line with inflation or rising worker productivity, and kept the tipped minimum wage at $2.13/hour for nearly thirty years.

This trend of hurting the vulnerable while enriching the affluent continued unabated for decades. Then one atypical President broke with that trend by enacting a series of pragmatic, intelligent reforms which greatly improved the lives of America’s most vulnerable citizens.

That President’s name was Barack Obama.

By the time Obama left office, lower- and middle-class Americans were experiencing faster income growth than the rich for the first time in decades. But after Donald Trump arrived at the White House, household income growth shifted away from the poor back into the hands of the wealthy: 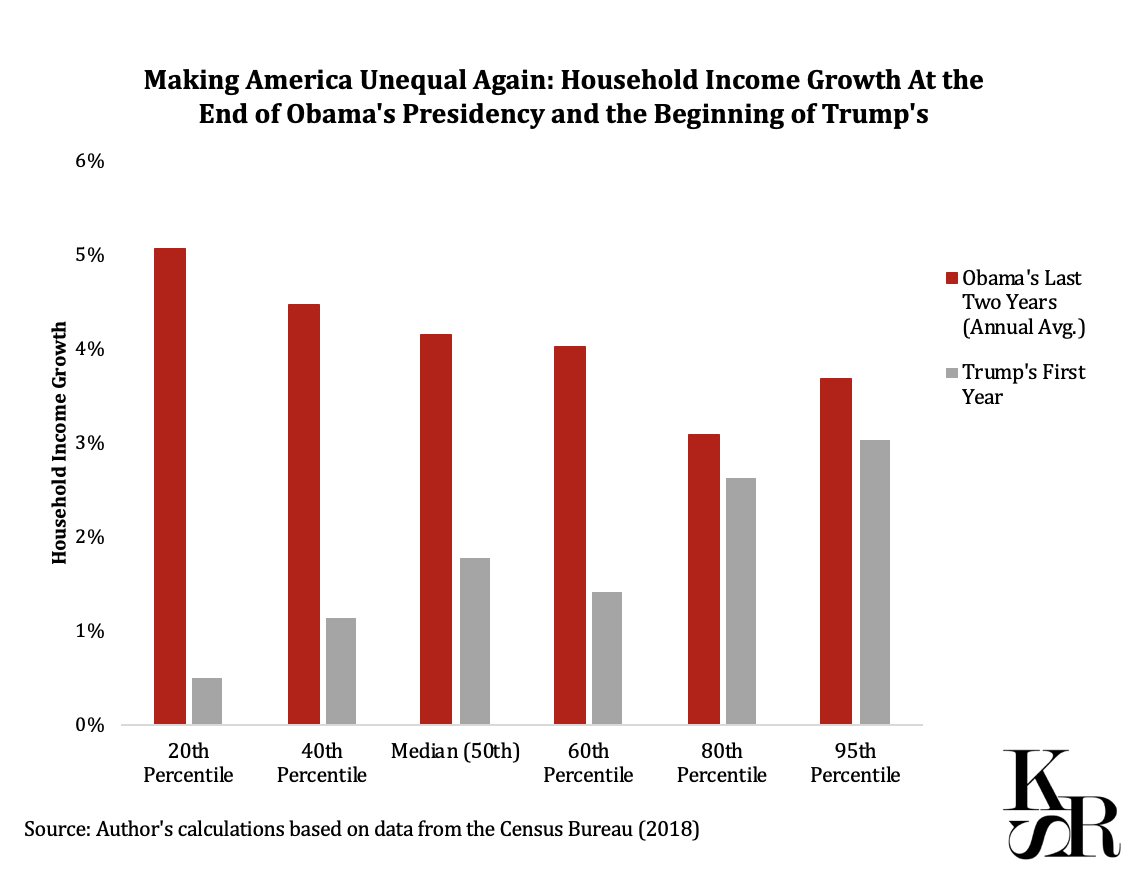 This shouldn’t come as much of a surprise. For all the discussion of how impersonal forces such as technological advancement, globalization, and more have contributed to rising inequality, it’s clear that the distribution of income growth has always had a somewhat partisan flavor: 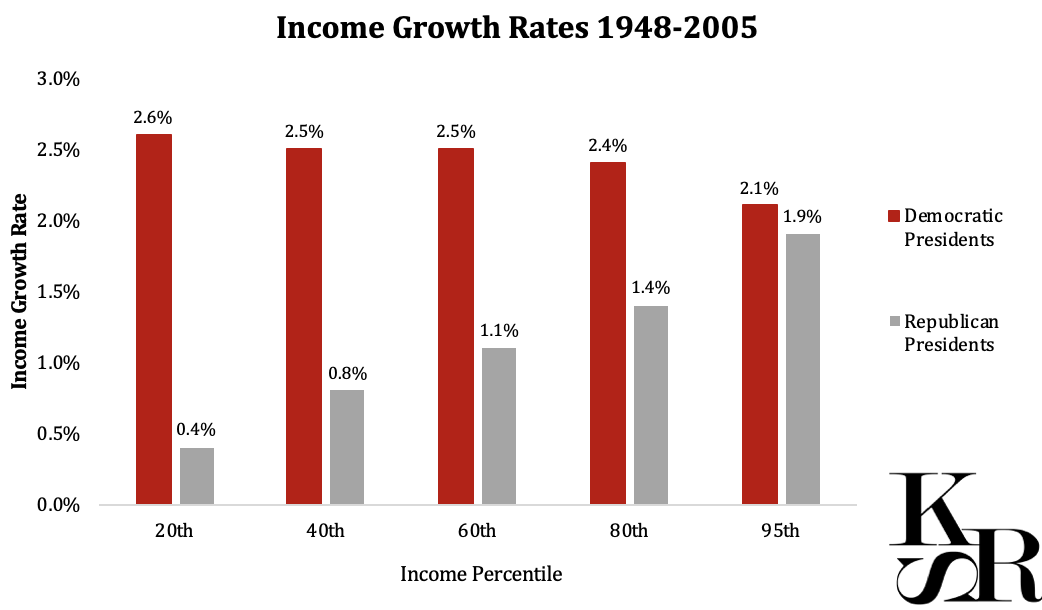 Obama and Trump illustrate this contrast perfectly. Obama expanded tax credits for low- and middle-income Americans; Trump cut taxes for the rich. Obama enhanced financial regulation to hold bankers (rather than taxpayers) accountable for financial crises; Trump made it easier for financial advisers to lie to their customers. When it comes to economic populism, Trump has the rhetoric, but Obama has the results.

The single issue which best highlights this divide is healthcare reform. In order to make healthcare more affordable for disadvantaged Americans, Obama signed the Affordable Care Act (also known as “Obamacare”) into law in 2010. The ACA had two aims: first, it would give insurance coverage to poor Americans struggling with the cost of private insurance; and second, it would slow the rate of healthcare cost growth.

Obamacare succeeded in both of its aims. Through its success, it also boosted the incomes of the poor. The ACA subsidized healthcare coverage for uninsured Americans with incomes below 400% of the federal poverty line and paid for these subsidies with tax increases on investment income (which goes disproportionately to the wealthy) and earnings above $250,000.[i] The Brookings Institution, when analyzing the direct redistributionary effects of the ACA, found that the law significantly increased after-tax incomes for Americans in the bottom fifth of the income distribution: 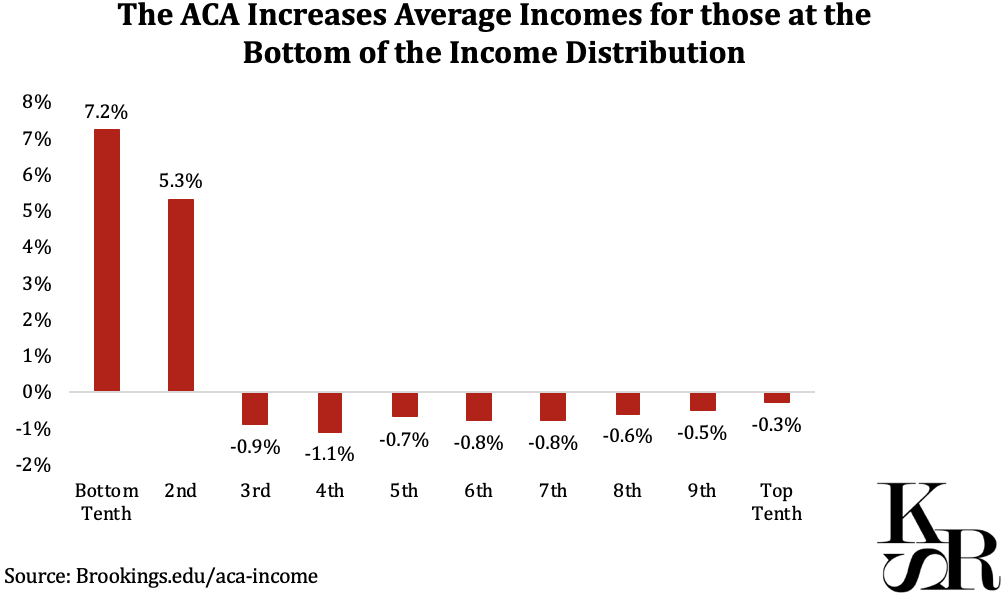 The ACA also boosted the incomes of the poor in a more subtle way. By reining in the ever-rising costs of health insurance, the ACA actually increased wages at the bottom of the income distribution. From an employer’s perspective, $1 in health insurance premiums costs just as much as $1 in wages, so rising premiums tend to crowd out wage growth. But when premiums fall, more of the money employers set aside for labor goes to wages. Furthermore, since the fixed cost of health insurance represents a greater share of compensation for low-wage workers than for high-wage ones, falling premiums lead to stronger relative wage gains for the poor than for the rich.

Employer spending on health insurance had been rising as a share of total labor costs for over seven decades before the ACA’s cost-containment provisions took effect in 2010. But when Obamacare was enacted, that trend reversed itself. From 2010 to 2016, employers began shifting compensation away from health insurance towards higher wages. Encouragingly, earnings grew the fastest for low-wage employees. 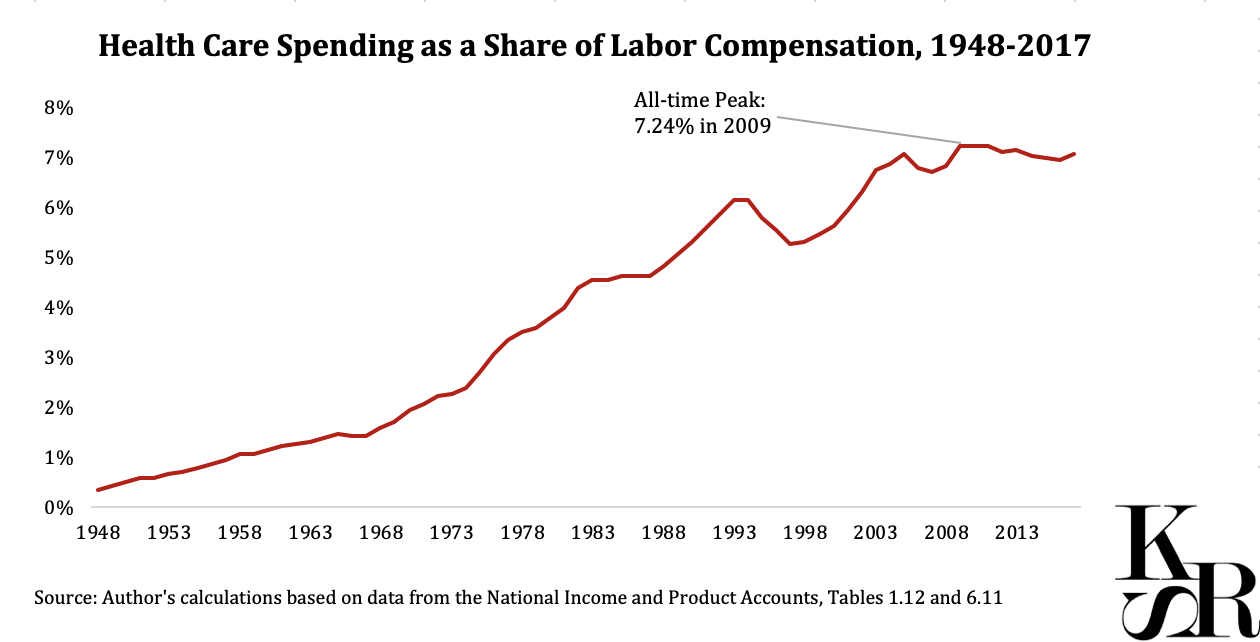 But in 2017, Trump stuck a knife in this progress. His administration halted the ACA’s “cost-sharing reduction” (CSR) payments to low-income Americans saddled with high out-of-pocket costs, which had the two-fold effect of diminishing the government subsidy to the poor and increasing health insurance premiums. This outcome only “makes America great again” if you believe that wage stagnation for the poor is an American virtue.

Donald Trump claims that he wanted to make the economy work for poor and middle-class Americans – the same people who had been hurt by changes in the economy after the late 1950s. There is just one problem with that theory: Donald Trump didn’t need to Make America Great Again. Barack Obama already did. 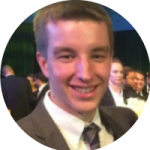 Photo by History in HD on Unsplash