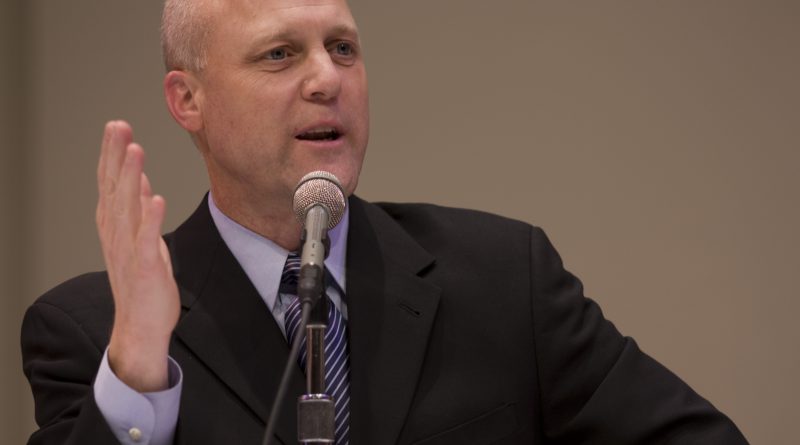 Former Mayor of New Orleans Mitch Landrieu (2010-2018) knows what it means to govern amid scarce resources and divisive politics. So it comes as no surprise that many think he would make a competitive candidate for president in 2020. Whether or not he enters the race, what’s clear is that America would be better off if more leaders mirrored Landrieu’s pragmatic and principled style of governance.

Landrieu entered the mayor’s office during the height of the city’s recovery efforts from Hurricane Katrina and depths of serial reports of government corruption. Despite these challenges, Landrieu earned praise from the Left and Right for his ability to forge broad coalitions and unite a community deeply in need of direction and responsible leadership.

In particular, the speech he delivered following the city’s removal of statues memorializing the Confederacy distinguished him as a leader that could navigate difficult political terrain while bringing people together. It’s this sort of leadership that brought him national attention. Indeed, he’s racked up nearly as many awards for good governance as Drew Brees has for tossing Saints’ touchdowns.

I sat down with the former mayor and current Institute of Politics fellow to learn more about how city officials can provide direction in divided times. This interview has been edited for clarity and brevity.

Kevin Frazier (KF): Nowadays even cities like San Francisco seem more divided between progressive and more moderate or conservative camps than ever before. What advice would you give mayors facing divided political communities?

Mayor Landrieu (ML): This is nothing new for mayors. The one thing mayors have always had to do is govern in close proximity to communities facing complex problems. These problems aren’t ideological in the way that politicians in Washington talk about and frame issues.

You get around ideological framing by listening. The way it happens is you’re at a community meeting and there are thousands of people there and issues start to percolate. These issues are people problems, not political ones. So, for example, I hosted a series of meetings around how to prioritize spending in our budget. I visited each part of the city and said, “Ok. I’m going to sit here and listen to you guys. Tell me all about the problems you are facing.” I would stay there until the people had voiced all their concerns. Through this process I learned what was truly ailing the community. It was completely unattached to whatever was playing on MSNBC or Fox.

We hosted these meetings again and again, year over year. And during these meetings you’re always learning about another problem you have to fix. Like when the Chief of the Chitimacha tribe called and said that his land was getting washed out because sea levels are rising. It wasn’t a debate about climate change, it was about finding new land for his people.

So mayors are in the business of retail governing that touches real people in real time. We are constantly in the process of managing a lot of stakeholders in a really personal way. We are not ideologically focused. We are problem solvers.

ML: First of all, let’s zero in on what we’re talking about. There are lots of different governing models and organizations and people are always trying to create a government structure that works better.

I am a reformer. I have upended a huge number of organizations structures for the purpose of trying to achieve more effective, efficient results. In all of the work that I’ve done I have learned that as an academic matter there are some structures that are better designed than others. But if good people are not in good places, bad people can really mess up even the best structure. So you have to have both good people and good structure.

Having said all that, it’s important to know that changing structures is cataclysmically difficult. People for some reason will hold on to whatever was there before instead of changing it going forward, especially when it comes to changes to government. Case in point, try to change a neighborhood organization and you get these massive battles that make you ask, “Why are we doing this?”

On the municipal level, you’ve got two potential changes going on. First, do you want a weak or strong mayor? I prefer the strong mayor model. I think it is good to have a chief executive in major cities that require a lot of heavy policy lifts. I guess I’m biased. I think that if people have elected me as mayor and they have given me the responsibility to govern then I should have the ability to govern.

Second, you have the notion that there are too many small cities. You have a lot of cities that could be sharing sewer, water, and rail systems. So we really ought to be thinking of ourselves as regional entities. It’s a very smart notion that you don’t need this many independent governmental entities. These cities really ought to try to consolidate their operations. Given new technologies and efficiencies, I always think that’s a great idea.

Yet every community has to think differently about its structure. There is no one size fits all. When in doubt, I always prefer a system that allows for accountability and transparency.

But, again, it really doesn’t matter what structure you have if you don’t have good people to deliver.

KF: Since leaving office you launched the E Pluribus Unum Fund, can you tell me more about how the fund is bringing people together? Is the fund’s model something that could be scaled or spread elsewhere?

ML: It’s still to early to tell. I did something that is really contrary to my personality, which is to agree to go slow rather than to go fast, to listen really really hard, and to do an empirically verifiable research project before we decide the best way forward.

The mission of the fund is to help repair the racial and class breach in the country by listening directly to people who would otherwise be considered just really ordinary Americans talk about the things that are of concern to them.

For instance, in politics, it’s unlikely that two people will agree on everything. So if you and I went down a list of the ten most important issues, then we may disagree vehemently on eight of them. We really don’t like each other now because we say if you don’t agree with someone you can’t like someone. But we’re married to people we disagree with. And you figure it out. So my theory is that no matter what it is you disagree about you can agree to focus on the things you do agree on.

This approach is great for two reasons. Number one, it allows you to actually get something done and to find common ground. Number two, you build trust, you get to know each other better and you build muscle memory around how to solve problems. The country has forgotten how to do that because we don’t practice it enough. So what the E Pluribus Unum Fund is going to do is try to knit the country together across race and class. Now, my hope is that it will be sustainable and scalable because the country is not nearly where we need to be.

I am very hopeful that when we finish the initial review we will have a rich body of evidence that demonstrates to people that rural people and urban people, black people and white people, and all people actually have common ground and care about certain issues so much that they would put aside their differences to focus on figuring out some solutions.

ML: Well, the Saints won the 2019 Super Bowl, notwithstanding the fact that we got kicked out by a referee. I’m a hometown guy. I think the Saints will win in 2020. But if I have to have a backup, I would say Kansas City. 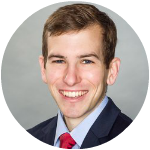 Kevin Frazier is a native Oregonian, where he previously served as Gov. Kate Brown’s Executive Assistant and started Passport Oregon, an environmental nonprofit. He is currently in a concurrent degree program at the Harvard Kennedy School (pursuing a Masters of Public Policy) and the UC Berkeley School of Law (JD).