Home > Articles > Is the Occupation of the West Bank Morally Justified? 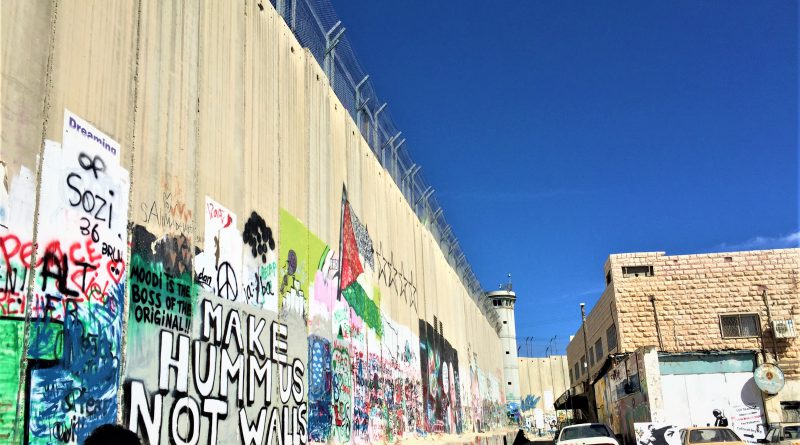 The world recently marked fifty years since the end of the 1967 Arab-Israeli “Six Day” War and the beginning of the indefinite military occupation of Palestinian West Bank. It was one of the shortest wars; it has been one of the longest occupations. The international community continues to ask, how much longer should it go on? When will it finally end?

Countries that support Israel with military aid, such as the United States, have a duty to question the validity of this ongoing intervention. Some question aspects of its legal validity—focusing on treaties between Israel and its neighbors or citing the Fourth Geneva Convention’s prohibition against transferring civilian population into occupied territories. However, it is also important to consider moral validity. Is Israel morally justified in continuing its indefinite military occupation of Palestine? If not, countries like the United States should exercise moral leadership in helping its ally end the occupation.

The Just War Theory is a useful standard for judging the morality of military action, and we can use it to consider the morality of Israel’s military occupation. Despite its namesake, the Just War Theory applies to all use of military force regardless of whether the parties involved are officially “at war.” As an instance of military force, Israel’s occupation may be subject to evaluation under the Just War Theory. This specific theory, developed over time by the Catholic Church and canonized in contemporary philosophical thought by the likes of James Childress and Michael Walzer, outlines a framework for evaluating whether or not actions within a conflict are morally justified. To be justified, military actions must meet seven criteria for determining why, when, and how nations can use military force: just cause, right intention, legitimate authority, hope of success, last resort, just means, and proportional force.

In using the Just War Theory to evaluate Israel’s occupation, we can distinguish between two of its actions: the initial military advancement into the West Bank during the 1967 War, and the ongoing occupation after the war officially ended. For the sake of precision, this analysis will focus on the West Bank alone, apart from the other territorial occupations of Gaza or the Golan Heights. This analysis will also take as granted the sovereignty of Israel’s pre-1967 borders, even though many Palestinian refugees maintain valid land-claims within that territory. When evaluating Israel’s transgression of those borders according to Just War Theory, this analysis finds that Israel was morally justified in its initial wartime occupation of the West Bank, but is not morally justified in its continued occupation of that land and its people.

Self-defense is the primary just cause for war.

Since Israel initially acted in self-defense—invading the West Bank only after receiving fire from Jordanian troops—the initial 1967 occupation of the West Bank passes the test of just cause.

The case for just cause in the post-1967 occupation is much weaker. In the immediate aftermath of the war, U.N. Resolution 242 emphasized the “inadmissibility of the acquisition of territory by war” and called for “withdrawal of Israeli armed forces from territories occupied in the recent conflict.” Instead of complying, Israel unilaterally annexed East Jerusalem and maintained its armed forces throughout the entire West Bank. This action was not a matter of self-defense, since Jordan had cooperated with the U.N. ceasefire and was no longer an immediate threat. Now, fifty years later and especially after the 1994 peace treaty between Israel and Jordan, the country is no longer a threat to Israel. Thus, Israel’s refusal to end the occupation of the West Bank has no just cause inherent to the conditions that led it to initially occupy the territory.

Military action has right intention when the use of force is not fueled by any ulterior motives apart from the circumstances that grant just cause.

We can assume Israel fought the 1967 War with upstanding intentions of safeguarding its immediate and continued survival. However, evidence suggests that some Israeli commanders operated with the additional motive of land conquest. For example, reports suggest that military leaders asked the U.S. to delay the U.N. ceasefire until they had time to finish conquering the entire West Bank. This action belies an opportunism that puts the question of right intention in doubt.

This doubt grows when we consider how Israel has managed the Occupied Palestine Territory in the years since the war. The immediate annexation of East Jerusalem, including the Old City, reveals a prior intention of gaining and keeping this territory if given the opportunity to do so. The retention of the entire West Bank and the full military control of its borders speaks to similar motives. Most of all, the proliferation and protection of Israeli settlements throughout the West Bank reveal great intentions of land conquest. Whether or not this was the initial plan of the Israeli military, it has been the long-term reality. The land that Palestinians are allowed to live on is being reduced into ever smaller parcels while the Israeli military and settlement presence grows. Thus, the long-term occupation of the West Bank does not meet the standard of right intention.

Legitimate authority for taking action must be established before a nation acts.

The legitimacy of Israel’s authority to continue its occupation of these territories acquired during the war, however, is dubious. As already referenced, U.N. resolution 242 called on Israel to withdraw from these territories. Israel may be able to now claim that it has withdrawn from the 18% of the West Bank designated as “Area A” under the 1993 Oslo Accords, but that is far short of a complete withdrawal. Some claim that Oslo grants Israel the authority to occupy the West Bank as part of an agreement with the PLO. If this is true, then Israel would need to implement the phased withdrawal from the West Bank that Oslo enumerated. Israel cannot benefit from the legitimacy of Oslo without also beholding itself to Oslo’s standards for relinquishing territory. Israel does not hold legitimate authority to an ongoing occupation of the West Bank.

Military force is justified as a last resort when all other non-forceful alternatives have been exhausted.

Since Israel took the first strike (against Egypt) in 1967 as a preemptive move, it is fair to question whether it had waited for military action as a last resort or if it could have avoided war with further diplomatic efforts. Regardless, it saw itself as fighting a defensive war and only invaded the West Bank after being attacked on that front.

Military action must be targeted towards addressing a specific situation and carry a reasonable hope of success in its efforts.

If the goal of the initial West Bank occupation was to repel the Jordanian military force, the end result shows that Israel certainly met the criteria of reasonable hope of success.

However, there does not seem to be hope of success in the ongoing occupation of the West Bank. If success is determined by keeping Israel safe, it is doubtful that years of antagonizing Palestinians has led to safety for either group. Israel succeeded in defending itself in 1967, but has created an ongoing situation that is antithetical to its own self-defense and has no hope of success.

Militaries must respond with proportional force commensurate to the force of aggression against them.

Israel could have defended its territory and pushed back the Jordanian forces without also taking control over the entire West Bank. However, it is also reasonable that the Israeli military would want to push the Jordanian army back as far as they could, to completely secure their sovereign territory from further attack. Thus, Israel’s 1967 actions receive the benefit of the doubt for the criteria of proportional force.

Once the war was over, however, the use of force inherent to the continued occupation was disproportionate to the level of ongoing threat. Even if the occupation provides some security to Israel, it comes at the expense of the lives and livelihoods of three million Palestinians living in the West Bank. There must be a different way for Israel to defend its own boundaries without forcing occupation upon its neighbors. By causing disproportionate harm to the Palestinians living under Israel’s control, the ongoing occupation is not a valid instance of proportional force.

The Israeli army used just means in the initial military operation of 1967. The only quarrel in this regard would be from Palestinians who were unnecessarily displaced during this time period. While displacement often happens during war, it’s possible that the Israeli army took extra liberties to displace locals during its initial advancements in the West Bank.

The ongoing occupation has displayed a disregard for just means, especially in the continued displacement of Palestinians from their homes. The Israeli Defense Force has been known to quell protests with lethal arms and overbearing military force, as well as kill and detain at will. These infringe upon the important principle of non-combatant immunity. Military force is supposed to do its best to spare civilians from harm, but the occupation targets civilians first instead. The separation walls and innumerable constrictive checkpoints are other examples of harming civilian life. None of this constitutes just means in the ongoing post-1967 occupation.

According to this seven-fold analysis, the initial wartime occupation of the West Bank in 1967 satisfies the criteria of the Just War Theory, while the ongoing occupation does not. And even the initial occupation is made morally suspect by the unjust intention of land conquest present at the time. Over fifty years of military occupation, administrative control, and settlement proliferation in the West Bank suggest that this intention of conquest has come to fruition.

The occupation of the West Bank should have ended shortly after 1967. The continued occupation does not satisfy the criteria of the Just War Theory, and is therefore not morally justified. 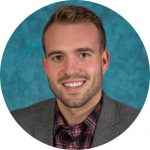 Charles Skold is graduating in 2019 with a Master in Public Administration from the Harvard Kennedy School of Government and a Master of Theological Studies from the Harvard Divinity School. He’s from Freeport, Maine, and received a B.A. in Political Science from Tufts University in 2011. You can find him on Twitter at: @CharlesSkold.