Home > Articles > Amidst a recent win for transgender rights, the fight for true LGBTQ equity in Massachusetts is not over 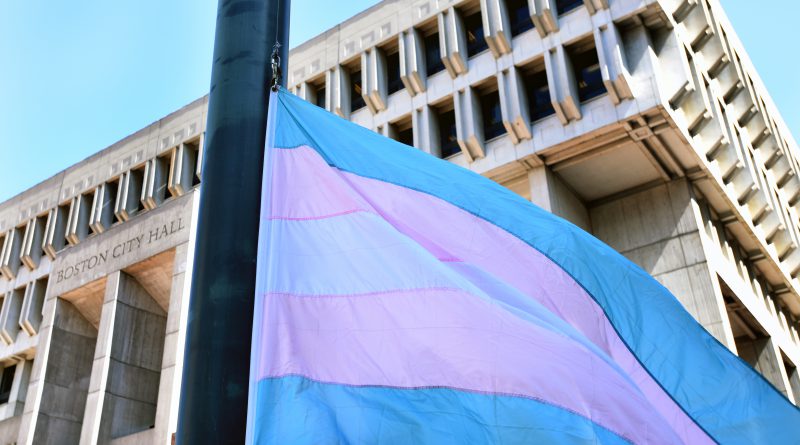 This past November, Massachusetts made history as the first state to affirm transgender non-discrimination protections in a public referendum. To those voters who said yes on Question 3, thank you for making the state that I love a safer place for me to live as a transgender person. While we rightly celebrate this well-deserved achievement for transgender rights, we cannot take this win for granted.

Even with the progress made over the last several decades, LGBTQ people in the Commonwealth continue to face staggering disparities in areas such as employment, health, and housing stability. Question 3, then, was the wrong question to ask. As long we are measuring disproportionate outcomes between LGBTQ people and their non-LGBTQ counterparts, we should be asking ourselves what else we can do, not whether we should do something, and certainly not whether rights should be repealed.

Demonstrating the resilience of transgender activists and advocates, the result of the vote was a victory for the community and perhaps unsurprising to some given Massachusetts’ reputation as a bastion of LGBTQ rights. But nothing about the outcome was predictable. In the hours I spent calling voters prior to election day, I encountered several people who were not just wary of the proposition, but adamantly opposed to it. And in the weeks leading up to the vote, the opposition campaign employed a near-identical PR strategy to the one used to defeat transgender non-discrimination protections in Houston in 2015. The strategy relied on harmful myths to drum up fear, purporting that such a law would allow men to sexually assault women in the restroom, even though sexual assault remains illegal, transwomen are not men, and it is actually transgender people who are most in danger of being assaulted in the restroom. Finally, while Massachusetts may be the first state to uphold transgender protections through a public vote, we are also one of the few places where a repeal attempt even got that far.

All of this was happening against a backdrop of blatant and unrelenting attacks against transgender people at the federal level, as the Trump administration is swiftly dismantling progress that took decades to achieve.

It would be wrong to suggest that Massachusetts has not been on the leading edge of many issues affecting the LGBTQ community. In 1975, we proudly elected Elaine Noble, the first openly LGBTQ candidate, to office. In 1989, we were among the first states to prohibit discrimination on the basis of sexual orientation. In 2003, we became the first state in the U.S. to legalize same-sex marriage.

But Massachusetts is at risk of losing our reputation as one of “firsts.” Only recently did we introduce a handful of optional curriculum units for Massachusetts teachers interested in teaching LGBTQ-inclusive history (California has required it since 2011). Conversion therapy, for which a ban is thankfully expected this year, remains legal on our books because of a lack of prioritization during last year’s legislative session, while states like New Jersey, Connecticut, and New Hampshire breeze by us in outlawing the harmful practice. Nonbinary people in states like Oregon, Arkansas, and Maine are able to update their state IDs with a third gender marker, while our nonbinary neighbors wait – legally invisible – for our agencies to implement a planned similar update. And Massachusetts was not the first, but the sixteenth state in the country to introduce some form of transgender non-discrimination protections.

To be sure, Massachusetts should be proud of its current standing as one of the most LGBTQ-friendly states in our nation. With state-of-the-art healthcare centers and a robust patchwork of inclusive laws and policies, it is for good reason that we have the second largest LGBTQ population of any state in the U.S.

Still, we cannot afford to be a follower. LGBTQ youth in Massachusetts continue to be significantly more likely than their non-LGBTQ counterparts to have experienced homelessness, sexual assault, and bullying in school. For many, family rejection exacerbates these issues, which in turn help explain the disproportionately high rates of youth who turn to substance use or suicide as a way to cope. And due to compounded race-based discrimination and systemic inequality, LGBTQ youth of color often experience even more severe disparities.

There are several ways we can start to close some of these gaps. The near-100 page annual policy recommendations document issued by the MA Commission on LGBTQ Youth shows that there is no shortage of areas where we can do more. Serious efforts to support family engagement, more extensive LGBTQ inclusiveness in schools, and a greater number of LGBTQ-affirming foster homes and shelters will help empower LGBTQ youth and those who love them to navigate the increased risks they face. On top of that, we need LGBTQ advocacy that explicitly focuses on LGBTQ people of color. And we need to recognize that LGBTQ equity does not exist in a vacuum; our strategies must incorporate a more holistic understanding of how issues like affordable housing, access to jobs, and criminal justice are all part of the story we see in the data.

I am optimistic that Massachusetts will uphold its reputation as a leader for the LGBTQ community, but to do so we need ongoing legislative commitment and consistent support from non-LGBTQ allies. Complacency is not an option if we care about the humanity of our LGBTQ neighbors and our reputation as a progressive place. The disparities plaguing our LGBTQ residents remain significant and an inclusive non-discrimination law, albeit crucially important, is not enough. The fight for LGBTQ equity in Massachusetts is unfinished and progress is not guaranteed, nor is it necessarily won at the ballot box.

Sam Barrak is currently a graduate student in public policy at the Harvard Kennedy School of Government. Sam also serves as a Commission Member on the MA Commission on LGBTQ Youth and as a volunteer with Youth on Fire, an LGBTQ-affirming drop-in center for homeless and street-involved youth.