Home > Articles > Why We Should Keep Talking about Affirmative Action 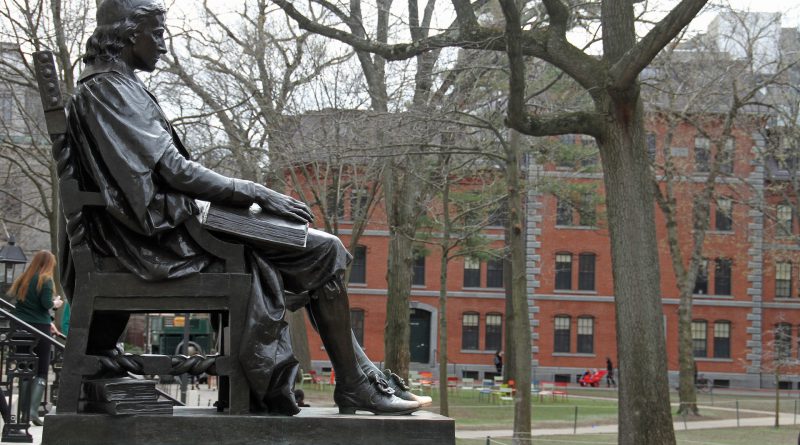 I talked about affirmative action way more than I planned to this fall, and I’m not going to stop. It began as a reaction to the divisive Students for Fair Admissions v. Harvard lawsuit, in which a group of Asian Americans led by Edward Blum claimed that Harvard’s admissions process is  discriminatory. It has evolved into much more.

While I’m not a legal expert, I have closely followed this lawsuit and organized around it. I helped organize a teach-in, a rally, and numerous discussions about affirmative action as a leader of the Asian American and Pacific Islander Caucus. I had one-on-ones with professors, reporters, classmates I had never met before, and family members who never talk about race. I’ve learned a lot from the contentious and thought-provoking conversations that arose, and I know I have a lot more listening and learning ahead of me. Here are three reasons why you, too, should keep talking about affirmative action.

1. Affirmative action discussions are gateways to conversations about race, history, and the myth of meritocracy – difficult things our society desperately needs us to talk about.

Talking about affirmative action requires talking about race. Many people, including my pre-SFFA v. Harvard self, work very hard to avoid this topic. But I have found that starting with a concrete policy idea, especially when it relates to a current event such as a lawsuit, provides multiple entry points to difficult conversations.  As I learned last semester, conversations about affirmative action are never just about policy.

Among the Asian Americans I talked to, some were upset that we are seen as a boring, high-achieving monolith. Others worried that in conversations about our privilege, we erase the experiences of poor and working-class Asian Americans. Then there were those upset that we are being used as pawns in the game of white supremacy.  Still others questioned why we care about admission to Harvard anyway – isn’t the preference for elite universities the real problem here? The diversity of opinions among my Asian American classmates proves that we are not a monolith, that this stuff is complicated, and that we need more conversations if we want to make progress.

And it’s not just Asian Americans who should be talking about this. Affirmative action implicates white people like Abigail Fisher, who recently sued the University of Texas with claims of reverse racism. It implicates the unnamed people of color that she resents, and other students who experience being minimized as “affirmative action admits.” It implicates rural and low-income students, who attend elite universities at much lower rates than their peers. There is something in this conversation for everyone.

Talking about affirmative action requires talking about our pre-K-12 education system, housing policies, and the myriad of other systems that lead to inequities in college admissions. At the heart of affirmative action conversations are the questions how do we decide who deserves what kind of education? Are test scores a suitable gatekeeper? In a world where a college degree matters and an elite degree helps more than ever before, these questions are increasingly important.

2. Affirmative action is not a perfect policy, but it’s one of our best shots at addressing the historical legacy of racial injustice.

American society has decided that race-based affirmative action is outdated, and courts have determined that it is illegal. When it was first created, affirmative action was specifically meant to address historical oppression, to provide some remedy for centuries of systematic exclusion and disinvestment in students of color. But decades of court rulings have weakened affirmative action. In its modern interpretation, affirmative action is not legally defensible if it uses race as a criterion for admissions. Rather, admissions policies can only use “diversity” as a rationale for considering race.

Yet while the version of affirmative action that is currently available is imperfect, it is better than nothing. I looked into what other policies have been proposed to address a history of outright discrimination. There are calls for a student-university matching system, but this would require a level of cooperation between universities that breaches anti-trust laws. There are calls to abolish legacy admissions, which is certainly a small step forward, but can actually harm some applicants of color.

Maybe we could consider even more innovative options to level the playing field for students. But we won’t get there without considering the ins and outs, the underlying tensions, and the lessons learned from affirmative action. So, let’s keep talking about it.

3. Affirmative action has a clear intention, unlike “diversity.”

People who support affirmative action policies are quick to clarify that we’re not talking about quotas or points systems. Actually, we’re talking about “race-conscious admissions.” Oh wait, not the r-word! No, it’s “holistic” admissions. Scratch that – it’s “diversity.” Don’t we all want a diverse campus?

Even the most progressive of us re-frame our language, washing away the more difficult part of the conversation. We have moved away from affirmative action in tandem with the Supreme Court. Chief Justice John Roberts’ 2007 comment that “the way to stop discrimination on the basis of race is to stop discriminating on the basis of race” was pivotal in barring race from explicit consideration in admissions. This sentiment is not limited to the court room; it affects us all.

I fell into the diversity trap too, when I did not push back against the hashtag #defenddiversity for our rally. But I want to do much more than defend diversity. This fight isn’t about just having more colorful faces in our classrooms. It is about affirming those we have historically oppressed and taking action to right our collective wrongs.

For some, moving away from discussing race is a strategic decision to appeal to the interests of both white people and people of color. But relying on race-neutral framing also reduces its power and strips it of intention.  As Justice Sonia Sotomayor wrote, “the way to stop discrimination on the basis of race is to speak openly and candidly on the subject of race, and to apply the Constitution with eyes open to the unfortunate effects of centuries of racial discrimination.”

SFFA v. Harvard is over, and we are waiting for a result. The lawsuit has been chaotic and confusing. Most importantly, it has provided an opportunity to talk about affirmative action in service of talking about bigger things.

As future policy makers, or simply as citizens of the world, we need to have difficult conversations about race and merit. We need to disagree, feel uncomfortable about it, and listen to opposing views. The alternative is to continue blindly insisting that racial discrimination is a thing of the past, that everyone has access to a quality education, that America is a land of opportunity for all. Let’s keep talking about affirmative action. Let’s reckon with the legacy of race relations that we all live with. 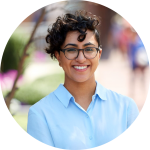 Priyanka Kaura is a second year Master in Public Policy student at the Harvard Kennedy School. She is a co-leader of the Asian American and Pacific Islander Caucus, a former teacher, and a stubborn believer in policy as social justice.