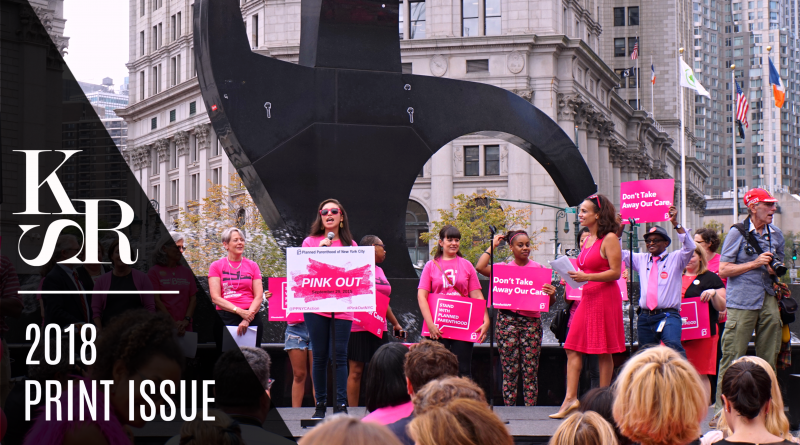 Womanhood is not a monolith, and yet policy makers—and the legislation they champion—treat women as if they are all of one race, class, and sexual identity. While political, public rhetoric around women’s empowerment may rally the masses, it also projects a naïve idea that all women’s experiences are the same. True solidarity among women and allies requires a critical analysis of how power and hierarchy impacts women differently. Only by achieving this understanding will dismantling patriarchal systems become a real possibility, rather than an abstract vision. Fortunately, there already exists a framework for this type of analysis: intersectionality.

Systemic public-policy issues require an intersectional feminist framework. Without intersectionality, policy makers fail to recognize the complexity of the communities they serve, and their solutions are unsustainable.

Abortion access in the United States today epitomizes both challenges and opportunities in intersectional policymaking. The reproductive rights movement—specifically the role women of color play in that movement—offers a powerful example of how intersectional feminism can pave the way for a new generation of decision makers to topple systemic barriers to equality and empowerment in our society.

Intersectional feminism, as opposed to mainstream feminism, examines how gender, race, ethnicity, sexuality, socioeconomic status, physical and mental ability, and immigration status (among other experiences) overlap. Mainstream feminists of the 1960s and 1970s, who were mostly White, middle-class women, fought tirelessly for anti-discrimination policies in the workplace and for abortion rights. However, their platforms often ignored the experiences of low-income women, transgender and gender nonconforming people, women of color, and disabled women. The legacy of this erasure is embedded in the limits of abortion access today.

The term “intersectionality” was originally coined by lawyer and theorist Kimberlé Crenshaw in 1989 to explain how Black women experience compounded violence based on their race and gender. Crenshaw defines intersectional as “a lens through which you can see where power comes and collides, where it interlocks and intersects. It’s not simply that there’s a race problem here, a gender problem here, and a class or LBGTQ problem there. Many times that framework erases what happens to people who are subject to all of these things.”[1]

In the present day, intersectionality has evolved into an analytical framework for addressing the invisibility of marginalized groups within larger populations. The ongoing debate over abortion in the United States exemplifies the consequences of policy that fails to be intersectional. Although the landmark 1973 case Roe v. Wade marked a turning point in reproductive rights by legalizing abortion, the Hyde Amendment, which passed only three years later, bars federal funds to cover abortion care. Because the Hyde Amendment prohibits individuals from using federally funded Medicaid for abortion access, it disproportionately affects low-income women, particularly women of color and women in rural communities. If a woman lives in a state with restrictive abortion laws and lacks insurance coverage, she may be forced to pay up to $2,000 out of pocket—not including the costs of transportation or lodging if she must travel hundreds of miles to the nearest abortion provider.[2]

Currently, one in six women are on Medicaid insurance. Due to the Hyde Amendment and restrictive state policies, approximately one in four women denied abortion funding through Medicaid carry unintended pregnancies to full term.[3] Low-income women who are denied abortion access are more likely to fall deeper into poverty.[4] An intersectional abortion policy would allow federal funds to cover abortion costs and would prohibit states from closing clinics or turning away patients seeking reproductive health services, ensuring that all women have access to services they could not otherwise afford.

An important manifestation and extension of intersectionality came out of the 1994 UN International Conference on Population and Development. There, Black women, including SisterSong co-founder Loretta Ross, coined the term “reproductive justice” to link sexuality, health, and human rights to the broader well-being of women, families, and communities.[5] The birth of this framework represents a pivotal moment in feminist history. Reproductive justice prioritizes the leadership of marginalized communities and intentionally combines reproductive health with broader economic and social justice causes. Reproductive justice, as a human-rights framework, further acknowledges that although individuals are guaranteed rights, they do not always have the ability to exercise them. This lens directly maps onto America’s abortion landscape; while Roe v. Wade and the Hyde Amendment grant abortion as a legal right, they make it too costly for many to exercise.

Increasingly, advocates are working with lawmakers to push for policy based on intersectional, community-driven frameworks like reproductive justice. All Above All is one such organization with an exemplary, intersectional feminist mission. All Above All is a national coalition that aims to restore public insurance coverage so that abortion is affordable for every person. The organization’s work is informed and led by people of color and low-income people: they co-write legislation with allies in government, and they train local activists and leaders as their most credible spokespeople. Recently, All Above All and the Pro-Choice Coalition of Oregon proposed statewide legislation that resulted in the passage of the Reproductive Health Equity Act (RHEA). RHEA, signed into law by Governor Kate Brown in August 2017, is the nation’s most progressive reproductive health policy to address the Hyde Amendment’s attack on low-income women. RHEA expands state-funded sexual and reproductive health care coverage for individuals excluded from Medicaid coverage because of immigration status, codifies no-cost abortion coverage, and bans discrimination against trans and gender nonconforming individuals from health services.[6] It is a powerful policy guided by intersectional feminism and community leadership, where understanding the diverse experiences of women led to holistic change.

The Responsibility of Intersectional Policymaking

Effective collaboration between lawmakers and community advocates, as seen in Oregon, further underscores that the responsibility of intersectional policymaking should not fall solely on marginalized communities. Author and feminist scholar, bell hooks, explains why intersectional feminism must be everyone’s duty. In her critique of Lean In by Sheryl Sandberg, hooks argues that, by encouraging women to lean into the corporate world and model the practices that have supported men in their success, Sandberg promotes the view that the burden and responsibility of advancing feminism should fall to women. hooks writes, “Sandberg’s definition of feminism begins and ends with the notion that it’s all about gender equality within the existing social system . . . . It almost seems as if Sandberg sees women’s lack of perseverance as more the problem than systemic inequality” and later states that the book “offers readers no understanding of what men must do to unlearn sexist thinking.”[7]

hooks extrapolates this argument to suggest that the expectation of fighting both racism and sexism typically falls on the backs of Black women and women of color. The problem is that when sole responsibility lands on the disadvantaged and oppressed group, systemic change will never happen; individuals in positions of power can advance their careers without the need to challenge their own internalized racism and sexism. In turn, the structural status quo persists.

Employing an intersectional policy framework requires both an awareness of racism, sexism, and classism, and a personal commitment to act. Yet achieving this deeper awareness and commitment is incredibly difficult work. The Social Transformation Project, a group that helps movement leaders grow their impact, proposes the Wheel of Change tool to effect progress across systems.[8] The Wheel is a cyclical model that identifies three domains of human systems that change makers should consider when working to shift culture and policy: hearts and minds, behaviors, and structures.

Hearts & Minds: Our hopes and dreams, thoughts and feelings, what we believe is possible or impossible; the ideas, perceptions, and beliefs that shape our experience.

Behavior: What we do and don’t do, our choices and habits, the norms and unspoken agreements by which we interact with others.

Structures: The external systems in which we live and work: the hierarchies, processes, practices and cultures of our organizations, communities, and society.[9]

The most effective way to build and implement an intersectional policy is to ask to what extent the strategy addresses each human domain. Sustainable progress is only possible when culture and policy shift together. When only one changes, the other may regress.

The Future of Intersectional Policymaking in Reproductive Health and Beyond

In early 2018, Cecile Richard, chief executive officer (CEO) of Planned Parenthood Federation of America, announced that after a 12-year tenure, she will step down from her position leading the country’s primary reproductive health organization. Because of Planned Parenthood’s credibility, size, and branding, its next CEO will shape the future of the reproductive-rights movement and its potential to incorporate intersectional policy and advocacy. In response to Richards’s announcement, Loretta Ross issued a call to action that the next president of Planned Parenthood be a woman of color: “While skills can be taught, this moment calls for someone who feels the urgent threat of racism, sexism, and income inequality in her very bones, as well as the threat to truth, evidence and democracy itself.”[10]

With a woman of color at the helm, Planned Parenthood would demonstrate its commitment to intersectional feminism, strategically shifting structures and behaviors. Since women are not homogenous, diverse representation is an emblematic way to shape the future of the movement.

In summary, policymaking that embraces intersectional feminism, concentrates on community-driven change, and is born from diverse leaders is needed to undo oppression and reform institutions. 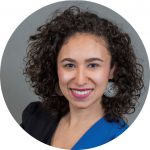 Amanda R. Matos is a master in public policy candidate at the John F. Kennedy School of Government at Harvard University and a Sheila C. Johnson Fellow at the Center for Public Leadership. Prior to graduate school, she was a community organizer in the reproductive health, rights, and justice movement.

Photo: The author speaks at a Pink Out for Planned Parenthood rally in New York City in September 2015. // Credit The All-Nite Images via Flickr