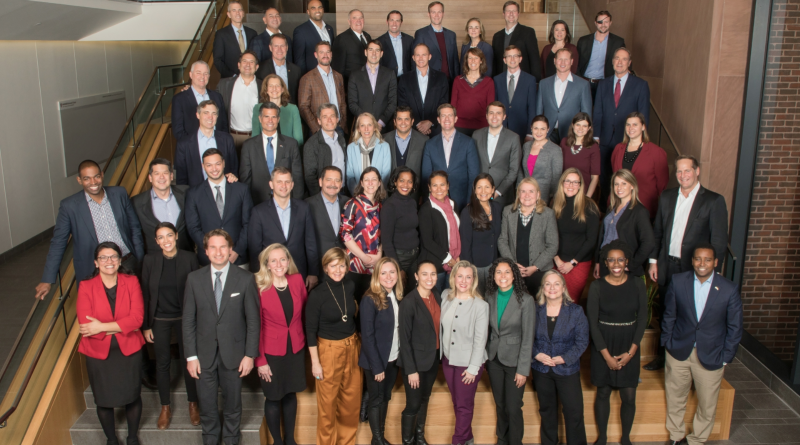 It is a great victory for American democracy to have an unprecedented number of women and people of color join the ranks of the 116th Congress. The newly elected members are diverse ethnically, religiously, socially, professionally, geographically, sexually, and politically. While much has been written about these amazing individuals, recent headlines have centered around tweets about the New Member Orientation by the Harvard Kennedy School Institute of Politics (IOP). Congresswomen-elect Alexandria Ocasio-Cortez tweeted that “[our] ‘bipartisan’ Congressional orientation is cohosted by a corporate lobbyist group.”  Her dissatisfaction with the general conservative sponsorship of the program was subsequently retweeted and supported by other members-elect, including Rashida Tlaib and Ayanna Pressley, who expressed their own concerns. Interestingly, 80% of the newly-elected members in attendance were Democrats and over 40% were women. They could have elected not to attend the orientation but did despite the largely conservative sponsorship. When I attended the welcome dinner and the sessions, they appeared eager and willing to learn and listen to other viewpoints

In a recent op-ed, Hilary Gelfond suggested that these new members were in their own “echo chambers” for criticizing the longstanding “tradition,” dating back to 1972, for new members to be oriented by conservative think tanks at the Kennedy School. However, dismissing the feedback of these new congress members is not the correct approach. The undertone is of conformity: members should simply “sit, listen, and be quiet” and “do as [you] are told.” One of the panelists, a former Goldman Sachs executive, admonished the new members: “You guys are way over your head. You don’t know how the game is played.”

But voters elected them precisely to challenge the status quo, including the political leadership. The incoming 116th freshman Congressional class is the most diverse in history, especially among women, Latinos, and African Americans. November saw the election of the first two Native American women (Sharice Davids and Deb Haaland) and the first two Muslim women (Ilhan Omar and Rashida Tlaib), as well as the first two African American women from New England (Ayanna Pressley and Jahana Hayes). Three women defeated incumbents in high-profile races in Virginia. Pennsylvania, which used to have an all-male delegation, now has four women going to Congress. Colorado elected its first black American and the nation’s first Eritrean American, Joe Neguse, while Lauren Underwood of Illinois defeated an incumbent to become the youngest African American woman ever elected to Congress. These are people accustomed to getting things done and questioning the status quo. They are activists, doctors, lawyers, immigrants, nurses, fathers, and mothers.

Traditions are a wonderful way to pass on information and good practices, but they also require recalibration to social dynamics and changing demographics. The new members are not off the mark in their assessment. Of the nearly 50 presenters, speakers, panelists and moderators, women comprised significantly less than half of the participants and people of color were hardly represented. The content was brief, surface-level, and not inclusive of topics of concern to the newly elected members or their constituents. The big business panel, featuring three CEOs, was allotted 45 minutes total; the presentation and discussion on poverty was only thirty minutes long. There was barely enough time to address topics meaningfully or to engage the members in discussion.

Members-elect and attendees made similar observations, but only a few tweeted their sentiment. Given their rise to elected office and the constituents who got them there, it is no surprise why they were critical. The IOP new member orientation should be revamped and reevaluated so that women and minorities feel included and heard. Students of color should be better included in the future, and professors of color should be engaged in planning or on panels. Unfortunately, students and faculty participated through an opaque lottery system and the lack of diversity in management, sponsorship, panelists, and student participation was stark. The orientation should also incorporate greater diversity of ideas. Immigration, income inequality, the role of labor, college debt, housing, the planet, and the gender pay gap are just some of the issue areas that could be included. More than 30 minutes should be devoted to important issues like poverty.

As a member of the Harvard community, I view this as an opportunity for HKS and IOP to reshape the orientation to better serve our diverse nation and engage the new representatives effectively, consistent with our tradition. Let’s highlight Harvard’s strength as an institution with amazing leaders, students, and scholars of color. There are plenty of well-known think tanks from the left, center and right, so let’s expand the partnerships and sponsorships to include diverse viewpoints. Topics should reflect the needs of the people along with those of corporations and government. The event should respect ALL who are now sitting at the table whose voice matters and who will be instrumental in reaching bipartisan solutions in the future.

And beyond the walls of the Kennedy School, our institutions can stand to be shaken, awakened and revitalized. Rep. Alexandria Ocasio-Cortez, Rashida Tlaib, Ayanna Pressley and others should be applauded for pointing out the flaws with the orientation, so we can adjust to the emerging power brokers in the halls of Congress. Speaking up, tweeting, and writing is commendable as it is empowering to countless women and people of color who may not feel comfortable to voice their concern with our institutions.

We are at a historic crossroads in our nation. Let’s celebrate the beauty of our democracy and elevate every voice. Let’s begin by creating space to have the difficult yet necessary conversations about our history on indigenous lands, our racial past and present, and the future we want to create together—one that values the contributions of everyone, including immigrants and refugees. Beginning with our representatives, we need to recognize our past, have difficult—even messy—conversations, and bring forth a diversity of ideas if we are to have any hope of healing our divided nation. 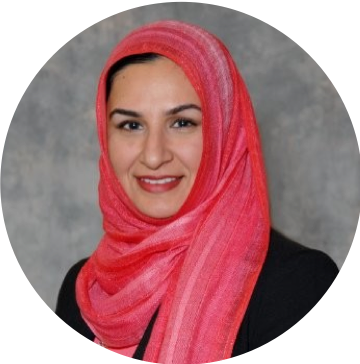 Tahra Goraya is a mid-career Masters in Public Administration candidate at the Harvard Kennedy School of Government. She is a strategist and public policy expert with a diverse background and expertise ranging from civil liberties to drug and alcohol policy to early childhood.