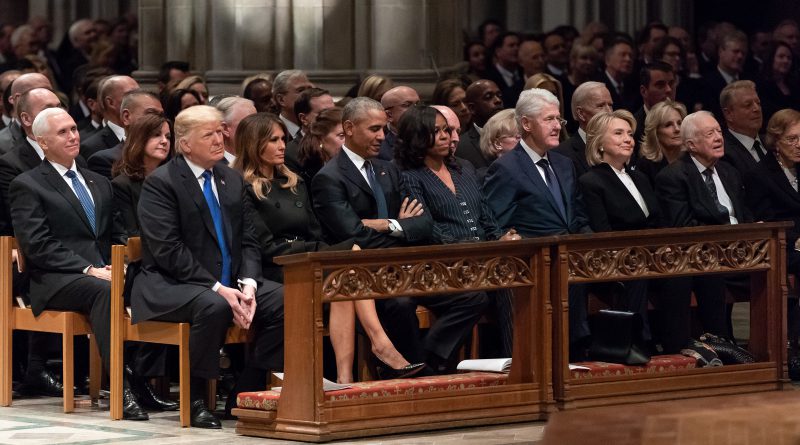 When we think of great leaders, we often think of U.S. presidents. It’s easy to find books on what these presidents achieved, but what leadership traits made their accomplishments possible? It’s a question that John Kroger, a Hauser Leader in Residence at the Kennedy School of Government and a Fellow of the Safra Center for Ethics, aims to answer by studying examples of leadership from biographies of and journals from past presidents.

Kroger has seen leadership from many angles. Among the earliest supporters of then-presidential candidate Bill Clinton, he went on to serve in President Clinton’s administration before leaving for Harvard Law School. With his J.D. in hand, Kroger became an Assistant U.S. Attorney (AUSA), where he played a major role on the Justice Department’s Enron Task Force. His work as an AUSA introduced him to the greatest state in the Union, Oregon.* Seduced by the scenery of the Pacific Northwest, he decided to make a career and geographic shift; Kroger became a law professor at Lewis & Clark before successfully running for Attorney General of Oregon, an office he held from 2009 to 2012. He then served as President of Reed College in Portland, Oregon.

I sat down with the former aide, academic, AUSA, attorney general, and honorary Oregonian to learn more about his research on what leadership traits made past presidents successful and what voters should look for in 2020 presidential candidates.

Few would argue that our current president has demonstrated some questionable behavior. Did President Trump spur you to conduct this research or was it something else?

Oddly, no. Though that would be the natural conclusion. What triggered it was that ten days before I came to HKS this fall, I had two meetings with prospective 2020 presidential candidates. These meetings got me thinking very concretely about would I would like to see in a president. At each meeting, I was thinking, “does this person have what I want in a president and what is that?“

I also thought about how the Democratic Party is going to sort through potentially 20 candidates. How will the Democratic Party figure out who they like? The honest answer is that people like attractive personalities and ideological positions. But, those two things may ultimately be less important to a great president than character, which is why I started this work.

How do you think your research can inform how voters, the media, and candidates act in the 2020 election?

I’d love it if voters had a list of characteristics they hoped to see in their candidates rather than asking questions like, “Do you support single-payer healthcare or not?” Regardless of how a candidate answers that question, Congress is unlikely to pass it, so voters should be focusing on other questions. Just going on attractive personality and ideological stances is such a hollow way to pick a leader.

But, getting voters to focus on leadership characteristics will not happen unless the media focuses on it. I would love for media figures interviewing candidates to ask them questions about their virtues and how those virtues have played out in their lives.

When you’re interviewing for a CEO job, you get asked character questions. People want to know about your past experience, how you’ve shown your values through your work, and about demonstrable moments when you have shown real leadership and moral courage. The media should be able to ask these questions of our candidates. After all, if they are asking questions on behalf of voters, as they claim to be doing, then they ought to be asking character questions.

If and when the media starts asking these questions, not only will voters start to care, but candidates will have to as well. Imagine the media posing questions like, “What do you think the three most important values are in a president and how have you displayed them in your previous office(s)?“, during a debate.

Based on your own extensive background and initial research, do you have a shortlist of traits you think are particularly important to moral leadership?

You clearly have an extensive background in presidential history. If you could tap into our nation’s bench of previous leaders, who would you back in 2020 and why?

FDR. He displayed all the traits I mentioned over and over again. A friend recently asked a similar question and he objected to my answer because of President Roosevelt’s internment of the Japanese, which was arguably his worst mistake and most glaring act. But, for me, the question is never do you have a perfect record? Instead, I ask about their overall impact and on that scope, President Roosevelt remains a remarkable leader.

Also, in addition to the five traits I outlined above, Roosevelt demonstrated composure. Nothing ever rattled him, not even in WWII or during the Great Depression. When the Mayor of Chicago was assassinated in FDR’s car, the President was totally calm. There is something about his composure that carried over to how he handled himself in the Oval Office, which was very important when the nation was in a real jam. Comparatively, Hoover appeared to have gotten rattled.

FDR wasn’t born as the embodiment of these traits, how did he develop his leadership qualities and how can aspiring leaders like the students at HKS develop these traits?

His is a hard case because there are things that are hard to replicate about his life. So he may not be a fair exemplar. . . FDR had a deep comfort in his own skin and little self doubt. And I don’t know if you can develop that; you either have it or you don’t.

And, second, obviously his own experience with polio and response to the illness challenged him in a unique way. Very few people are challenged in that way. And, to be frank, a lot of people at HKS have had very smooth career paths and lives. Some may have started with a lot of privilege and used it well. However, they have not had to face an existential crisis like FDR did so early on. It was important that Roosevelt did not have to face his first major crisis in office. He had gone through something that required much greater reserves of courage that readied him for office.

Of course, I have always been impressed with the natural beauty.

Second, who will win the 2020 presidential election?

A Democrat. And I think the Democratic nominee is going to be either Senator Kamala Harris (D-CA) or the Governor of Montana Steve Bullock.

*Editor’s note, Kevin Frazier is an Oregonian. It is not objectively the greatest state. 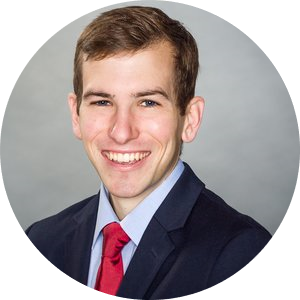