Home > Articles > Remembering “Comfort Women” in South Korea and Beyond 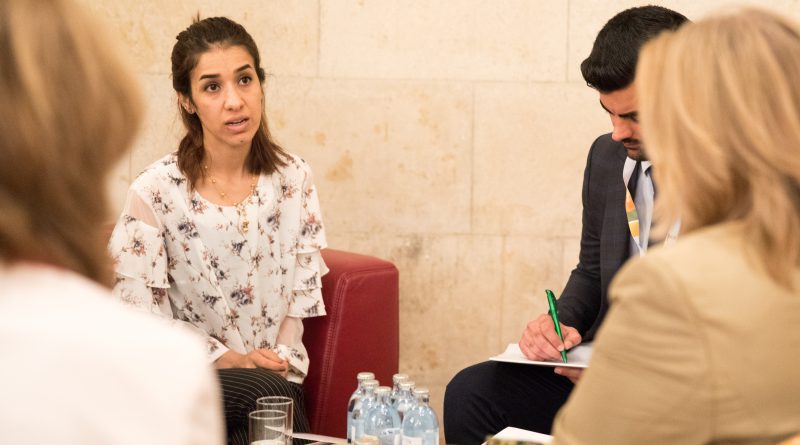 Just four years ago, Nadia Murad, co-recipient of this year’s Nobel Peace Prize, was one of the thousands of Yazidi women sexually enslaved by ISIL. Since her escape and despite multiple death threats, Murad spoke publicly of the atrocities she suffered. Her courage in calling international attention to the often-overlooked issue of wartime sexual violence was inspiring, but also reminded me of a painful, unresolved tragedy of my people in South Korea.

During the Japanese colonial rule of Korea (1910-1945), the Imperial Japanese Army coerced tens of thousands of Korean women into serving as “comfort women,” a euphemism for sex slaves in military brothels. They were beaten, tortured, and raped. Many were killed. Survivors remained silent for fear of being stigmatized even after the colonial rule ended. The issue was brought to light only after some victims began telling their stories in the early 1990s.

For decades after World War II, the Japanese government denied any wrongdoing. Only in 1993, did it admit that the Japanese military had forced women into sexual slavery and offered its first apology in response to increasing pressures from its Asian neighbors. In 2015, Japan reached an agreement with South Korea, offering another apology and promising $8.3 million in reparations to survivors.

Yet the issue of comfort women still causes anger among many South Koreans who regard Japan’s attempts at resolution insufficient.

What then would constitute a sufficient resolution?

In the eyes of many South Koreans and per survivors’ longstanding demands, a sufficient resolution would entail sincere apologies and recognition of legal, as well as moral, responsibility by the Japanese government. Critics of the 2015 agreement argued that the deal failed to deliver on both fronts.

The Japanese government maintained that it had already done its part. It argued that all legal issues involving its colonial rule were resolved with the 1965 treaty that established bilateral diplomatic relations. It claimed that the issue should not be mentioned again on the international stage as the 2015 agreement constituted a “final and irreversible” resolution.

In South Korea where anti-Japanese sentiment has run deep, these arguments fell flat.

With no end in sight for the dispute, South Korea should accept the possibility that a satisfactory resolution may never be attainable. No apology from Japan will suffice for South Korea, given the fundamental disagreement over underlying historical facts stemming from the difference in the two countries’ perspectives.

Furthermore, Japanese leaders will not likely accept South Korea’s version of the history for fear of alienating their own constituents. Japan’s Liberal Democratic Party, which has been in power during much of the country’s modern history, enjoyed substantial support among the far-right nationalist voters who romanticized their imperialist past. As such, political leaders in Japan have been reluctant to admit any past wrongdoing. With such powerful domestic incentives, the Japanese government will probably refuse to take additional measures to appease its foreign partners.

Against improbable odds, South Korea has expended significant diplomatic efforts to seek unlikely apologies from Japan without any meaningful progress. The issue of comfort women cannot be settled through diplomacy. By letting the issue dictate the terms of the bilateral relationship, South Korea will lose out on important opportunities to strengthen economic and security ties with Japan that will bring more tangible benefits.

But we should not simply put this issue behind us. Instead, we need to take a pragmatic approach and focus on honoring the victims and raising international awareness.

We can start by spreading awareness of Comfort Women Memorial Day, first commemorated on August 14, 2018. As hundreds gathered in South Korea to remember the victims, they were joined by supporters in Taiwan and the Philippines, where similar atrocities were committed. Such global grassroots movements can be more powerful than diplomatic negotiations in pressuring the Japanese government to begin a process of sustained and comprehensive reconciliation, exemplified by Germany’s efforts after World War II.

In an interview with Time magazine, Murad said she was carrying the burden of the memory of what had happened to her and her people. Former comfort women have carried a similar burden all their lives. It is time that we share the burden by acknowledging their suffering as the Nobel Committee did for Murad in recognizing her efforts to fight wartime sexual violence.

The truth may be rejected by some. But the truth is lost when we forget, so let us remember. 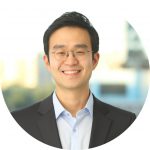 Won-Mo Koo is an MPA/MBA dual-degree student at the Kennedy School and the Wharton School. Previously, he worked as a management consultant at McKinsey & Company and served as an aide to the South Korean Minister of National Defense during his three-plus years as an Air Force officer.