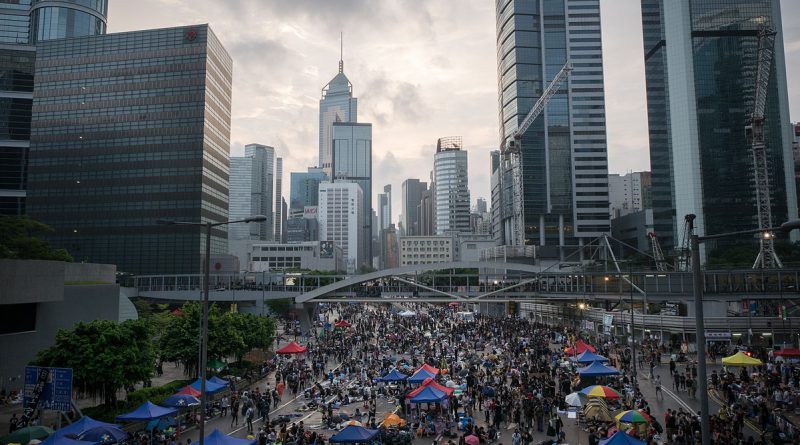 In January 2018, Hong Kong-based Swedish Chinese publisher, Gui Minhai, was snatched by mainland Chinese authorities in Ningbo, China. Supposedly, Gui was on his way to Sweden’s consulate in Shanghai to renew his Swedish passport. It was the second time Gui went missing in two and a half years. Between October and December 2015, Gui, along with four of his colleagues, went missing in Thailand, China, and Hong Kong. All were found to have been detained by Chinese authorities. Gui’s publishing house is known for selling books critical of the communist leadership of the People’s Republic of China (PRC), which are banned in China but not Hong Kong. Chinese authorities did not provide any explicit reason behind each arrest and detention.

These incidents sparked international concerns due to the fear that these bookstore managers were detained for political reasons. However, the Chinese government insisted the publishers simply volunteered to assist an “investigation”. The suspected abductions indicated Chinese authorities’ disrespect of Hong Kong’s legal system, which is independent from that of mainland China. The “bookstore incidents” seem to have violated both Article 27 of Hong Kong Basic Law and Article 5 of the Hong Kong Bill of Rights Ordinance, threatening the independence and autonomy of Hong Kong.

Freedom of speech in Hong Kong

As written in Article 27 of Hong Kong Basic Law, “Hong Kong residents shall have freedom of speech, of the press and of publication, freedom of association, of assembly, of procession and of demonstration; and the right and freedom to form and join unions, and to strike.” Every Hong Kong citizen and resident is entitled to the supreme right to express themselves, via press or otherwise, even if their expressions could be politically offensive. However, in mainland China, selling publications that criticize the Chinese government or specific officials is unauthorized, as freedom of speech is restricted.

It is noteworthy that Lee Bo, one of the missing figures, called his wife on 1st January 2016 in Mandarin, instead of his native Cantonese, warning her not to leak information about his disappearance. His warning raised doubts about whether he gave his consent to stay in mainland China. After the publishers’ disappearance went viral in late 2015, Democratic Party Hong Kong lawmaker Albert Ho expressed his fury to BBC, saying, “We have strong reason[s] to believe Mr. Lee was kidnapped and smuggled back to the mainland for political investigation[s].” Although Chinese authorities claimed Lee and his colleagues voluntarily crossed the border, TIME Magazine reported Lee’s travel documents, including his British passport, were left behind at his home in Hong Kong. This piece of information from TIME shed light on the improbability that Lee’s entry to China was voluntary, prompting suspicions of political persecution and contempt of Hong Kong’s freedom of speech.

Under Article 5(1) of the Hong Kong Bill of Rights Ordinance, all well-founded arrests should be conducted in accordance with the procedures established by Hong Kong law. Chinese authorities have no legal right to arrest any suspect residing in Hong Kong, even if they believe the suspect has committed an offense within the territories of mainland China. By law, Chinese authorities are required to show an international arrest warrant, or request an administrative arrangement, and ask Hong Kong law enforcement agencies to arrest the suspect. However, Hong Kong has no legal obligations to carry out such a request. Whether or not Lee was culpable of any crime, Chinese authorities arresting him illegally was in breach of Hong Kong’s jurisdiction.

Additionally, as stated in Article 5(2) of Hong Kong Bill of Rights Ordinance, “anyone who is arrested shall be informed, at the time of arrest, of the reasons for his arrest and shall be promptly informed of any charges against him.” As noted, Lee brought no necessary travel documents when crossing the border. This suggests that his disappearance in Hong Kong was the result of an arrest, despite denial from Chinese authorities. The reluctance to disclose a reason for the arrest and detention of Lee raises doubts about whether he was properly informed of the cause of his arrest.

From a broader political and legal perspective, China has never lived up to the principle of “one country, two systems”, primarily due to its reluctance to allow universal suffrage in Hong Kong. In 2014, the Standing Committee of the National People’s Congress (NPCSC) issued a decision regarding the 2014-15 Hong Kong electoral reform. NPCSC decided all candidates for the 2017 Chief Executive election, known as the leader of Hong Kong’s elections, entailed pre-screening and pre-approval by the Chinese government. Also, a 1,200-member election committee, rather than Hong Kong citizens, would elect the Chief Executive. These political interventions violated Article 45 of the Basic Law, which states that “the ultimate aim is the selection of the Chief Executive by universal suffrage upon nomination by a broadly representative nominating committee in accordance with democratic procedures”.

The empty promise of universal suffrage for Hong Kong citizens and continued political interventions in Hong Kong’s affairs exacerbate the ever-growing animosity towards mainland China. Negativity towards the mainland cannot be attenuated unless the Chinese government respects the core principles of “one country, two systems”, in which Hong Kong is politically, legally, and otherwise distinct from the mainland China. If Hong Kong fails to reclaim its independence, collective resentment against mainland China will continue to intensify. In 2014, a 79-day street occupation of Hong Kong, known as the Umbrella Revolution, was the largest political protest in China since 1989. Although the protest failed to meet its goal, it signaled citizens’ political resentment against the Chinese government. In the future, an increasing number of “bookstore incidents” may happen as more Hong Kong citizens are loath to admit their Chinese identities and local protests to fight for “Hong Kong independence” continue to grow. Unless the Chinese government fully respects the “one country, two systems” principles and grants legal and political rights to Hong Kong citizens accordingly, the next Umbrella Revolution is yet to occur. 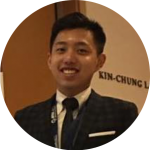