Home > Articles > The Presumption of Good Faith: The Kavanaugh Debate 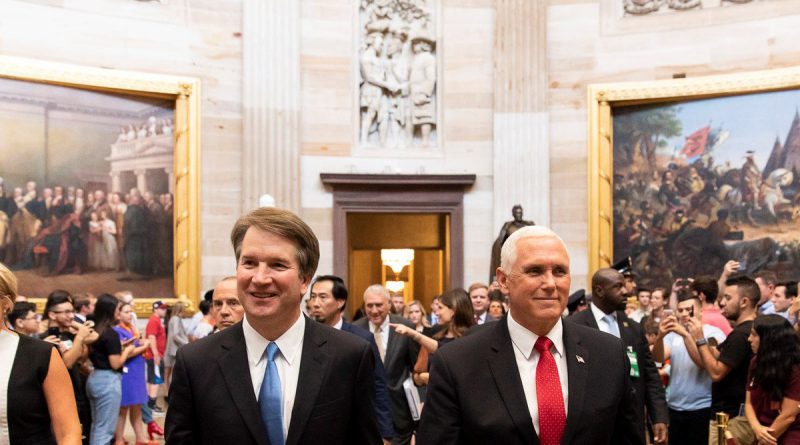 The British barrister Sir William Gallow famously coined the phrase “innocent until proven guilty” in the early nineteenth century.  The presumption of innocence quickly hopped the Atlantic and has been critical to the American pursuit of a more perfect judiciary. But the highly contentious nomination of Judge Brett Kavanaugh generated debate about where and when the same standard should apply outside of the courtroom.  We may not resolve this question satisfactorily soon, but the survival of modern democracy necessitates that we adopt a new presumption in the twenty-first century – the presumption of good faith among our peers.

The presumption of good faith means granting individuals an expectation that their beliefs are driven by a desire for the societal good, not based upon whether we agree with their argument, but upon our shared identity as Americans and in the absence of evidence to the contrary.  It is as important to identify what the presumption of good faith isn’t as what it is.  It isn’t naively giving demonstrably bad actors the benefit of the doubt, nor is it engaging in pointless “bothsideisms” that don’t advance the conversation.

The growing partisan divide generates increasing calls for moderates and moderation among our public figures.  We blame dark money, special interests and gerrymandering for the state of affairs.  These are all important factors in the disturbing trend of our country, but they are also convenient scapegoats that allow us to abdicate our agency and responsibility as citizens of this union.

On October 6, 50 Senators voted in favor of confirming Brett Kavanaugh to the Supreme Court and 48 voted against.  The vote was monumental in our nation’s history, and its importance is further heightened by the deep sectarian rifts that split us.  Of the 100 men and women who represent us in the United States Senate, glaringly few appeared willing to wrestle with the significant weight of their responsibility.  The overwhelming majority retreated to easily defensible and overtly partisan positions to confirm or obstruct.

Not all Senators fell into this trap.  Five moderate senators expressed a willingness to grapple with the importance of this moment and put aside party affiliation.  But recent history tells us that these five Senators are likely to bear the brunt of the outrage for this vote.  Senator Susan Collins, Senator Lisa Murkowski, Senator Jeff Flake, Senator Joe Manchin and Senator Heidi Heitkamp will face the ire of their opposition and stand as those most likely to be the recipients of deliberate attacks to unseat them – precisely because they are moderates.  This is fundamentally wrong.

In the face of persistent protests and threats to her life, Senator Susan Collins voted her conviction on the floor of the Senate.  Her vote was backed by the force of an eloquent, well-supported speech that even the most partisan should recognize as coherent.  Similarly, Senator Lisa Murkowski stood up to the immense pressure of her own party and a decidedly conservative home constituency to vote for what she believed was best for our country.  These are women of great courage.

Unfortunately, courage is less and less of a commodity among elected officials and we only have ourselves to blame.  Our country is increasingly under the influence of deeply cynical forces that want us to see only the most impure motives in those with whom we disagree.  These people want us to believe that Collins, Flake and Manchin–three senators who voted to confirm Kavanaugh after a deliberative process–are craven traitors who are motivated only by the money flowing into their campaigns from special interests.  Never mind the fact that Senator Collins voted to save the conservatively reviled Affordable Care Act and has repeatedly advocated for a women’s right to choose in the Senate.  Never mind the fact that Senator Manchin’s constituency overwhelmingly supported the confirmation of Kavanaugh.  Never mind the fact that Senator Flake’s call for an FBI investigation was the only major act of bi-partisan de-escalation in this entire sordid affair.  Similarly, conservatives will attack Senators Murkowski and Heitkamp as turncoats cowed by mob rule.  Never mind Senator Murkowski’s diligent and deliberative process of reviewing both the facts and the larger implications of this vote.  Never mind Senator Heitkamp’s willingness to defy her party and vote for the more conservative Justice Gorsuch one year ago.  Meanwhile, deeply partisan members of both parties rest comfortably on their laurels from what they presume are unassailable positions.

This is not sustainable.  If we continue to sacrifice reasonable moderates for partisan advantage, their numbers will dwindle and our country’s path to division and dissolution will only steepen.

We must shift the way we engage opposition as a society.  Those who are outraged by the confirmation of Justice Kavanaugh should direct their force towards the extremes of the right who refused to consider any alternative to a speedy confirmation.  Those disgusted by the elevation of what they perceive as spurious allegations must focus their energy towards the grandstanders who did the elevating, not the reasoned people who voted their conscience.

The cynics will argue against this.  They will say that cities, districts and states are too partisan and that mounting a credible challenge to these bad actors is not feasible.  But recent history proves otherwise.  The state of Alabama elected a Democratic Senator in 2017.  Senator Doug Jones ran against a deeply flawed candidate, but the fact remains that a majority of voters in one state put aside their party allegiance to recognize overtly bad faith within their own ranks and see good faith within the opposition party.  Similarly, Senator Ted Cruz, one of the guiltiest obstructionists in the Senate, is facing a competitive election in what has been a reliably Republican state.  Regardless of whether he is defeated, the message to Senator Cruz and his ilk could not be clearer– the American people want serious people in office who will behave as statespersons, not partisans.

All of this brings us back to the presumption of innocence and the confirmation of Justice Brett Kavanaugh.  Reasonable people can disagree on the standard of evidence that must be met to disqualify a person for appointment.  Reasonable people can disagree whether the judge’s conduct in his Senate hearing was too overtly partisan.  Such disagreements have long been the lifeblood of our country.  What will destroy our country is if reasonable people cannot agree to grant the presumption of good faith to those who deliberate the same facts and come to different conclusions. 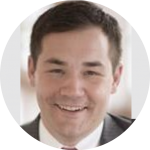 Toby Voght is a current MPA Candidate at the Kennedy School of Government.  He was previously a Naval Aviator in the United States Navy.

Photo courtesy of the Office of the Vice President