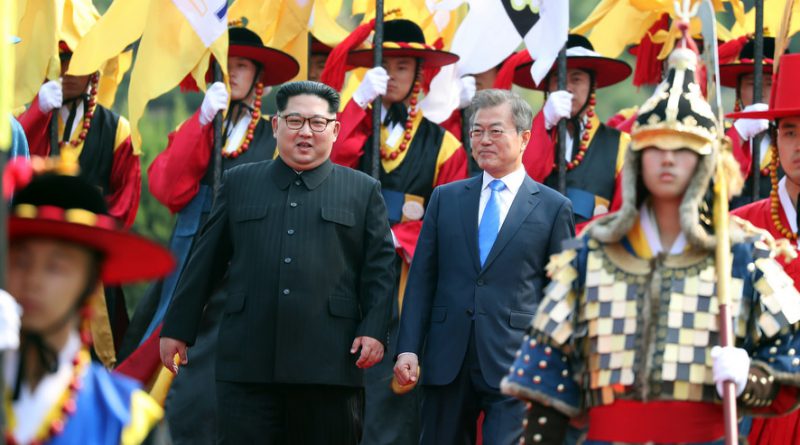 The September 18–20 summit between South Korean President Moon Jae-in and North Korean Chairman Kim Jong-un in Pyongyang captured the attention of the world. For the first time since the end of the Korean War, the two Koreas signed a de facto non-aggression pact that aims to greatly reduce concerns over national security in the two countries until a peace treaty between the warring nations can be reached. As a sign of goodwill, Moon and Kim also agreed to jointly bid for the 2032 Olympic Games and to schedule an unprecedented meeting of the two Korean leaders in Seoul, signaling a future-oriented relationship. All told, Moon and Kim spent more than 17 hours together, making it one of the lengthiest one-on-one summits in modern history. Following the summit, North Koreans were treated to images of the smiling leaders broadcasted nationwide – a shock to generations of citizens raised learning that South Korean presidents are enemies of the state.

The highlight of the summit, however, was President Moon’s address to 150,000 Pyongyang residents, where he proclaimed that he and Kim agreed to permanently denuclearize the Korean Peninsula. Many of those in the crowd, although carefully selected by the North Korean government as a means of controlling Moon’s message, were reportedly deeply impressed by Moon’s unpretentious, respectful attitude and by his address, which emphasized, “We are one people and must live together.” By confirming his denuclearization agreement with Moon both domestically and internationally, Kim Jong-un reached “a point of no return”, according to both Jin Jingyi, a Peking University professor and the South Korean senior figures who accompanied Moon Jae-in during the summit.

Following the address, it was reported that the posters on anti-American propaganda and rhetoric defending nuclear weapons development, which had filled the streets of Pyongyang for decades, had largely disappeared, replaced by catchphrases emphasizing economic development or science and education. Even without concrete policy initiatives, this simple rhetorical pivot is unprecedented.

What has contributed to these changes in North Korea? United States-led United Nations sanctions that primarily restrict North Korea’s import of fuel and ban its export of coal, iron ore, textiles, and seafood may have heavily pressured the regime despite suspicion that certain Chinese and Russian businesses have circumvented the sanctions. Kim may also regard the ever-darkening shadow of war more seriously. His desire to “build a powerful economy,” first declared in 2016, may have finally taken precedence over nuclearization, as illustrated by his declaration earlier this year that North Korea no longer needs nuclear tests. Alternatively, Kim may have decided that he has now consolidated his power base and an “external enemy” is thus no longer necessary to ensuring internal unity. The North Korean leader’s relentless purge of hard-line military leaders – hawks who strong-armed massive nuclear and ICBM development expenditures in the face of dire poverty – may have created much more space to operate politically. As is often the case, the truth is likely some combination of these forces.

It is important to note that a series of overlooked changes in South Korea since last year may have also changed Kim’s calculus. For nearly four decades following the Korean War, South Korean dictators maintained an extremely tense relationship with North Korean leaders Kim Il-sung, and his son Kim Jong-il. However, during the previous liberal regime (1998–2008) in South Korea, the inter-Korean relationship considerably improved as North Korea cautiously began to open its economy to South Korea and the rest of the world. Most notably, the inter-Korean Kaesong Industrial Region started during this period. The conservative regime (2008–17) in South Korea, however, re-established a more hardline position towards the North, wishfully thinking that North Korea’s collapse was imminent. The conservative regime was marked by its revival of 1970’s-style McCarthyism and the shutdown of the Kaesong Industrial Region by South Korea in 2016.

There are good reasons to believe that Moon Jae-in will continue the tradition of détente established by his liberal predecessors. President Moon, a human rights lawyer, served as Chief Presidential Secretary during the previous liberal regime. The president, who has nearly three and half years remaining in his term, has supported the widely popular “sunshine policy” in the past engagements with North Korean leadership. Moreover, many South Korean senior figures who worked to improve inter-Korean relations during the former liberal regime are still influential and are assisting Moon with his North Korea policy. In fact, it is the active engagement spearheaded by the prior liberal regime in South Korea – beginning when Kim Jong-un was 14 and ending when he was 24 – that defines Kim Jong-un’s formative memories of his southern neighbor. Could Kim Jong-un employ a softer approach to inter-Korean relations than his father or grandfather as a result?

It is true that there is still a long way to go for denuclearization and peacebuilding in the Korean Peninsula and numerous obstacles are expected to emerge. Political and national security concerns throughout the region, the growing tensions between the United States and China, and the longstanding lack of trust between the relevant parties threaten to undermine any progress. However, at least between the two Koreas, trust is building quickly. Despite the long history of deeply entrenched anti-communism in South Korea, only approximately 10 percent of its population disapproved the last inter-Korean summit, according to a survey. North Korea’s Minister of Foreign Affairs Ri Yong-ho openly confirmed the establishment of trust between the two Koreas in his address to the United Nations on September 29. This unprecedented level of trust between the North and the South, although subject to change to some degree over time, will likely serve as a seat belt in the navigation of the bumpy road ahead, helping North Korea stay on track towards denuclearization and peace. 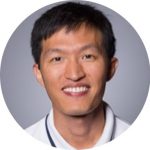 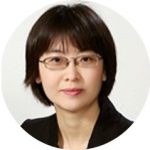 Lee Ju-yoen is a South Korean attorney and currently a visiting scholar at Cornell University. She holds a BA in Law (Korea), two LLMs (Northwestern / Peking), and a PhD in Law (Hanyang).

Photo credit: KOREA.NET – Official page of the Republic of Korea