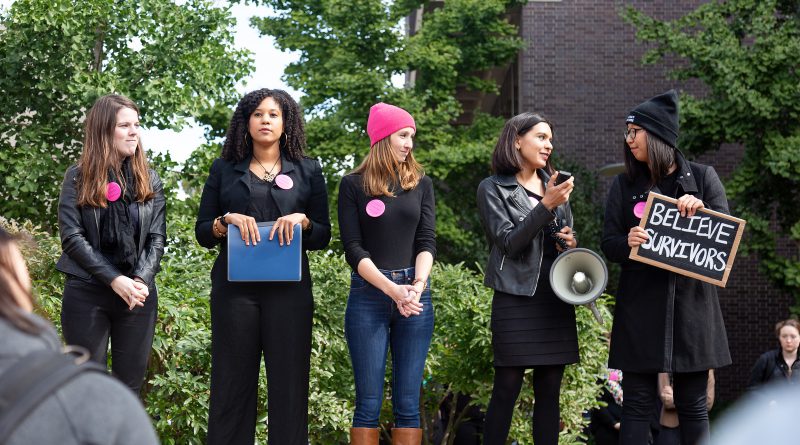 No matter the names that surface, we label each accused perpetrator as “A Bad Person.” He or she is evil, monstrous—and can no longer be anything like you or me. Maybe there’s truth there, or at least a reassuring pretense of justice. This is too simple. It presupposes that bad actions come from bad actors. Identify them, topple them from their positions, and the problem will disappear.

Each time a man sexually assaults a woman, he exploits a power imbalance. He overpowers her with brute strength. He intimidates her with professional clout. He devalues her words so “no”’ means “ask again.” Worse, he silences her so “no” means “yes.”

You’ve heard the statistics before, but they bear repeating. On college campuses, 1 in 5 women experience sexual assault. Over a lifetime, 1 in 6 women are victims of completed or attempted rape. Over 80% experience some form of sexual harassment. Most women know their attacker. These women aren’t all meeting “bad apples.” It is not the same few “bad” men that assault them.

This truth came through when #metoo Facebook posts brought female friends and me together for “feminist flapjacks”—conversation about our #metoo stories over pancakes. We didn’t talk about “bad” people. We talked about interacting with men in a society that grants men power over women. We talked about existing in a society that privileges heterosexuality above LGBTQ identities.

Power fosters opportunity for individuals to commit bad actions. We need to reckon with how the people we know— the people we love—can perpetrate sexual abuse. If we could do that, we would have one less reason to disbelieve victims when they speak out.

Family, friends, or colleagues that claim a perpetrator’s innocence because they are a “a good person” are the first line of defense to discredit a victim. This cycle plays out over and over in the media.

Nowhere is this more evident than in the chorus of voices at Kavanaugh’s defense. An ex-clerk shared that the allegations are “totally inconsistent with the judge I have known for 10 years.” President Trump asserted that “this is not a man that deserves this.” For women everywhere who know their attackers, confiding in a mutual friend can prompt an “I just can’t see him doing that” response.

Haggling over perpetrators’ status as good or bad people does no justice to victims. These responses elevate perpetrators and delegitimize survivors. Instead, we must examine perpetrators’ power and hold them accountable for bad actions.

Caitlin Flanagan, a writer for The Atlantic, articulated how many men may view their abuse as a time “when I wasn’t my best self.” This is exactly the feeling we have to scrutinize. We need to situate perpetrators in the context of the abuse, separate from public persona or personal relationship. Only then will we hear the full weight of a victim’s allegations.

We must stop only looking for examples of the times our friends, our bosses, our siblings lived up to their best selves. We need to acknowledge that people who are “good” to their family or colleagues can still fall short—even commit serious harm—in another setting. Without confronting this reality, we allow “good” people to shock us with “bad” actions. It’s comforting to impugn the victim when we can’t resolve the inconsistency.

The next story of sexual misconduct you hear, I challenge you to instead construct that picture.

What power does the perpetrator have—greater physical strength, a job to give, a privileged identity? How is that different from their relationships with the individuals that come out to defend their character? Perhaps the defender is a professional equal while the victim is a subordinate employee. Maybe the abuse occurred in a social setting while the defender knows the perpetrator through work.

This practice won’t answer every question. But it will help disrupt the loop we’ve developed to handle sexual assault allegations. It’s a start towards labeling the action and not the person. It’s how we become more willing to believe victims when they accuse the “good” people in our lives of sexual abuse.

I don’t see how else we can eliminate the egregious sexual misconduct that #metoo exposed. 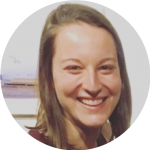 Micah Melia is a second year master in public policy student at the John F. Kennedy School of Government at Harvard University. Micah has a background in policy research and evaluation for federal education and nutrition programs. She is passionate about using data to improve service delivery and optimize performance in public agencies.