Home > Articles > Do you really mean to call it “Russia’s” meddling? 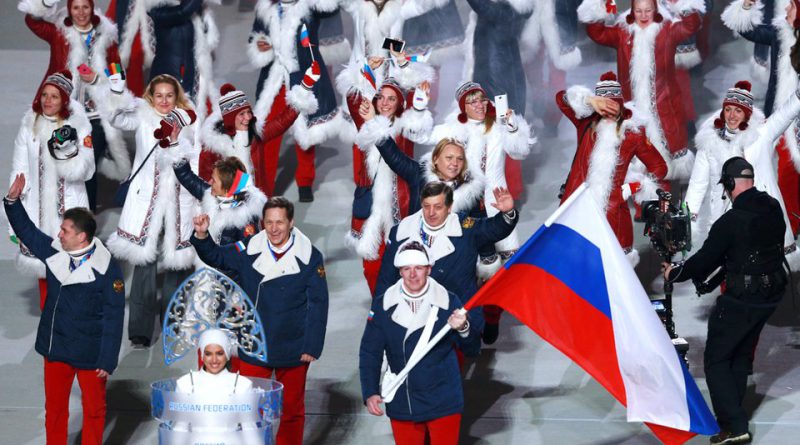 My great-grandfather went through four labor camps during World War II and died in the fifth one. We try to keep the memory of him alive in the family, and when I tell his story to my school-age nephews, I consider it extremely important to refer to those death camps not as “German camps,” but strictly as “Nazi camps.” I believe distinguishing people from their governments is necessary for promoting peace in the world, and for keeping in check those calling for animosity. This is why it is so disturbing for me to realize how commonplace it has become in today’s press, in casual conversations, in Harvard Kennedy School classroom discussions, and even in proposed U.S. legislation to use “Russia” or “Russian” in place of “Kremlin” or “intelligence services.” Russia and everything it stands for is so much greater than its current leadership, just like the United States and everything it stands for is incomparably greater than its president. Leaders come and go together with the scandals and conflicts they create, but people remain to deal with the aftermath, which is shaped in large part by narratives we choose to advance.

The use of “Russian” next to the words “interference,” “meddling,” and “hacking” in every other headline for the past two years has been creating subtle but persistent divisions and hostilities. Here are just a few headline snippets from some of the most respected outlets: “Spy Agency Consensus Grows That Russia Hacked D.N.C.,” “Russia’s dirty tricks,” “…Russia’s romance with Donald Trump…,” “Facebook says Russia’s main goal is to divide US.” If these seem totally normal, it is because they have been made into a norm through daily repetition. For an American to see what it feels like for a Russian to read these, it helps to replace “Trump” with “U.S.” in headlines like the following: “Trump’s border wall threatens…,” “How Trump’s ‘family separation’ policy actually works,” “Trump’s Heartless Transgender Military Ban Gets…” Calling the border wall plan “U.S.” as opposed to “Trump’s” would be a completely misinformed—if not outright offensive—generalization, even though the U.S. is a country where institutions of democratic representation and mechanisms of government accountability are light years ahead in their development in comparison to those of Russia.

It is tempting to dismiss Western media’s apparent love of mentioning Russia—as opposed to its leadership—in headlines as just a benign desire to attract more attention, earn more clicks, and make headlines sound more epic, cinematic, and evocative of the Cold War. But how benign is it?

The issue with “epic headlines” is that they stick. A quick look at Google trends shows that the volume of searches for “Kremlin interference” is negligible in comparison to searches for “Russia interference”; there are similar results for “meddling,” “hacking,” and so on. For a Russian national, even one deeply opposed to the current government’s actions, it is hard not to feel ostracized whenever “Russia” comes up in news alerts as the world’s biggest villain (several times a week now), or whenever “the Russians” are casually used in classroom discussions as a synonym for cyber-criminals (almost every other day). This could be seen as insignificant, if not for the other, much bigger, issue: By persistently using “Russia” and “Kremlin” interchangeably, we implicitly legitimize holding all of Russia—including people who don’t know how to code, including 20 million people who live on under $5 a day, and all future generations—responsible for everything the government does.

In hearings held by the U.S. Senate Committee on Banking, Housing, and Urban Affairs in August and September of this year, senators wanted to know what needed to be done to bring the Russian economy “to its knees,” because they felt frustrated that the Russian economy hadn’t been brought there yet by previous sanctions. Is one to understand that a top legislative body—of a country that has a long history of fighting hunger in Russia and around the world—has been discussing how to inflict economic despair on millions of Russian people?

Earlier in August, the “Defending American Security from Kremlin Aggression Act of 2018” package—also known as the “Hard-Hitting Russia Sanctions package”—was introduced in Congress. Its openly declared aim was to impose “crushing sanctions” on Russia. Fellow HKS students were expressing disappointment on the pages of the Kennedy School Review when the chances of the Act’s passing in its current form seemed low. This is an example of how commonplace it has become to be casually hostile toward Russia and its people. The Act in its current form contains far-reaching economic measures, including a prohibition on making transactions with new Russian sovereign debt, sanctions on supporting the development of crude oil resources (the foundation of the Russian economy), and sanctions on any persons or financial institutions that engage “with any person in the Russian Federation that has the capacity or ability to support or facilitate malicious cyber activities.” The latter is essentially a prohibition on interacting with the Russian tech sector in its entirety; it might be cutting off thousands of talented software engineers—who are all implicitly labeled as potential hackers—from accessing Western venture capital and building partner relationships. That might actually be the most effective way to push them toward a career in the GRU.

It is unclear what theory of change U.S. lawmakers have in mind in instances like this. Is it that they will “crush” the Russian economy and bring it “to its knees,” which will result in people taking to the streets in despair and demanding their government do what Congress says? If there are people intentionally pushing for this, hopefully they are aware of the high price already paid by the thousands who have been taking to the streets in Russia since 2011 and who have been targeted with violence.

The reality is that in the near-term, barring the most extreme scenarios, proposed sanctions are unlikely to bring the Russian economy to its knees. With a low current debt (only 12.6 percent of GDP) and $400 billion in reserves, Russia is not facing a pressing need to borrow; the regime will likely sustain itself for years to come, during which time the United States will be watching the Russian people slowly becoming poorer and more isolated from the West. The new sanctions might even help make the regime stronger by serving its media machine a round of fresh examples of hostile gestures toward Russian people, thus solidifying the narrative that justifies the need for Russia to put forth a strong stance on foreign policy. More, not fewer, people-to-people and business-to-business ties are necessary to build up a sentiment counter to this. But it does not seem like anyone on Capitol Hill wants to understand this. These days, being “tough” on Russia, not only on its leadership, seems to be mandatory for them.

This is not at all meant to suggest that election interference should be tolerated or “moved past,” even though it unfortunately has become nearly commonplace all over the world, admittedly not without significant contributions from U.S. and Russian/Soviet governments. Covert meddling is a disgusting business and every country has a duty to protect the integrity of its election systems. The question, though, is whether it is right to punish an entire population for the actions of a few people who engaged in ugly deeds. When such country-wide punishments are suggested and publicly applauded, it becomes very difficult to believe that protecting election integrity is the only motivation driving them.

Now is the time for policymakers to think about the crudeness of the tools available in today’s foreign policy toolbox and develop some that are more fit for the challenges of the 21st century. The Harvard Kennedy School is the perfect place to do it. But before that happens, we can at least start questioning what we’re really saying when we say “Russian hacking,” “German camps,” or “American wall.” 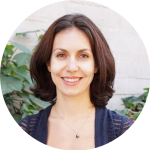 Katya Klinova is a second year Master in Public Administration in International Development student from Rostov-on-Don, Russia. Her research is focused on the impact of AI on the economic development prospects of low-income countries, possible response strategies, and international coordination of technology governance. Prior to the Kennedy School, Katya worked at Google in San Francisco and Moscow, and earned degrees in Applied Math and Computer Science. You can follow her on Twitter @klinovakatya.