In 2017, the average proportion of seats held by women in national parliaments was barely above 23% (World Bank). In Latin America this proportion is a little higher at 29%. While the representation of women in legislative bodies around the world is not predicted by GDP per capita or any other economic indicator, it has significant policy implications. In Mexico, legislators from the traditional left party (PRD) are more likely to put forth progressive policies concerning women’s rights which means that a successful feminist agenda in Congress requires both women and leftists.

For these reasons, the recent Mexican elections symbolize a historic moment with the potential to champion women’s rights. On September 1st when the new members of the 64th Legislature took the oath of office, Mexico was ranked fourth in the world for women’s legislative representation thanks to a 50% gender quota that first went into order in the 2015 midterm elections. In addition, both chambers of Congress will have a majority of legislators from the coalition led by the left-wing party, Morena (61% in the lower chamber and 54% of senators).

Studies show that female leadership in politics does influence policy outcomes. In India, mandated political representation of women at the local level resulted in a higher provision of female-preferred public goods and an increase in participation of women versus men at public village council meetings. Women’s representation can also have a snowball effect on how future candidates are selected. The more female role models, the more likely voters are to have a favorable view of women because female role models increase information about women and correct biased beliefs about female leadership.

Unlike many vulnerable minority groups, women make up over half of Mexico’s population. Yet they are constantly overlooked by the government. Almost 70% of women above age 15 have faced some type of violence, 62% of which were instances of sexual-related violence. More than 4 million girls, who are now aged 15, experienced sexual abuse as children.

The main changes to policies that affect women’s lives we can hope to see are to prioritize reproductive rights and measures to diminish domestic violence. The ability of women to choose to abort pregnancies is severely restricted in Mexico. Abortion is legal in Mexico City, but the rest of the country keeps laws making it a very rare exception. Even though more than 111,000 rapes were reported in Mexico between 2009 and 2016, there are records for only 63 pregnancies aborted due to rape over the same period. This points to countless women having to seek clandestine abortions or go through with pregnancies that were forced upon them. Finally, approximately two women per day are victims of femicide –  killed for no other reason than for being women.

In the past, female politicians in Mexico have been creative in finding alternative paths to position their legislative agenda. In 2009, a group of women successfully lobbied for the National Electoral Institute to rewrite quota rules in order to avoid loopholes which made it possible to only place women in losing districts. In 2011, the same group of women won a case so parties would be required to respect the quota at all costs. Much of this progress has been achieved by the targeted actions of a group of female political elites that fall outside the formal norms of the legislative process.

President elect Andrés Manuel López Obrador has promised gender parity in his cabinet, which means that, along with Congress, the Federal Government will have the highest representation of women in Mexican history. This makes it possible for women to be a top-priority for the first time in the national agenda with legislation in favor of issues such as abortion and prevention of domestic violence more likely to pass.

As women in Mexico become more represented than ever before, it is crucial for them to demand accountability and be critical of the incoming Legislature while the stakes are high and the negotiations table is being set in order to leverage their interests. Many Mexican feminists are skeptical of change due to López Obrador’s poor track record supporting liberal issues. In 2016, he refused to take a position on same-sex marriage and abortion, saying he would instead let Mexican people decide on both issues via a referendum. A significant portion of his winning coalition is also composed of a radical conservative party (PES) which fiercely opposes both issues. Due to Mexican electoral laws and its strategic alliance with López Obrador’s party, Morena, the PES will paradoxically have almost 12% of the seats in the lower chamber even though it received less than 2% of the total share of votes.

During the presidential campaign, López Obrador’s set of proposals for women’s rights sent a mixed message that stirred confusion over what his positions are on gender-related issues. In an effort to garner support among liberal voters, his campaign manager, Tatiana Clouthier and a former Supreme Court Justice, Olga Sánchez Cordero, published a set of proposals on gender-related issues titled Femsplaining. In it, they claim to seek a set of policies that will ‘empower women and explain why they will no longer be invisible in a world that tends to ignore them’. It, however, does not address abortion.

Today, the future of Mexican female leadership in the Legislative and Executive powers seems promising due to its unprecedented share of seats in the Federal Government. Still, the potential to champion women’s rights is dependent on the ability to conciliate the informal strategies women have used in the past with a newfound position of power that ought not submit to López Obrador or the conservative faction of his coalition. 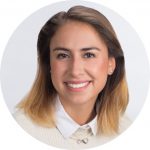 Daniela Philipson is a second year master in public policy student from Mexico City. Prior to joining the Kennedy School, she worked as a legislative advisor in the Mexican Senate. Her main areas of interests are improving police forces in Mexico, drug policy, political economy, and gender equality.