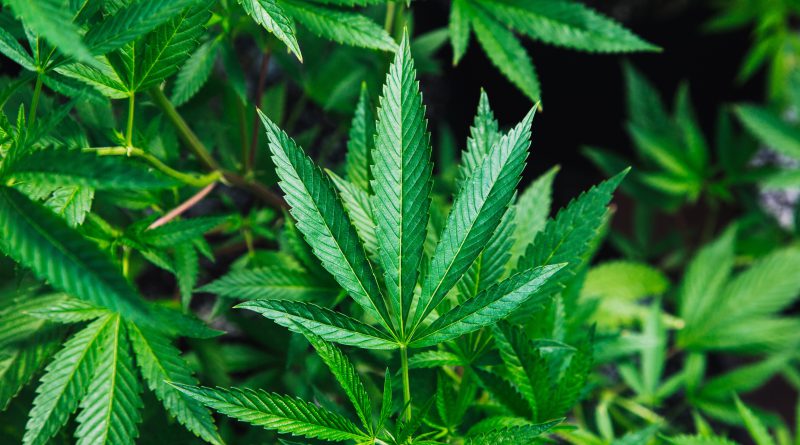 After Vikash Singh was prosecuted in Los Angeles for growing medical marijuana in 2014, he found that life with a conviction on his record was a “minefield” of legal hoops. He was a college-educated former teacher from a middle-class background who had served his community service sentence, but relevant experience was no match for the “companies that outsource their background checks–and lock you out if you have a conviction. No matter how good your experience or resume or interviews are, it’s just about impossible for someone with a record to get a job in a good industry.”[1]

In late 2017, California voters passed Proposition 64 to legalize recreational marijuana statewide, making what Singh was prosecuted for into an exciting new business opportunity. The initial law also allowed some marijuana offenders to clear those old records–but ex-offenders would need to wrestle with a complex and lengthy petition process to gain a clean slate for their future.

With the passage of Proposition 64, a majority of American citizens now live in one of the states with some legal consumption of cannabis. Legalization recently accelerated as public opinion shifted in its favor, governments sought marijuana tax revenues, and advocates looked to correct racially discriminatory practices in the War on Drugs. But right now, the way that governments expunge old marijuana records that are no longer crimes fails to provide most offenders with adequate access to expungement. States must streamline and automate expungement if legalization is to eventually achieve any semblance of restorative justice.

Getting expungement right matters because ending the War on Drugs isn’t only about avoiding future wrongs, but also fixing what happened in the past. The number of people in prison and jail for drug offenses exploded from just 40,900 in 1980 to 450,345 in 2016. The collateral consequences of incarceration reduce “hourly wages for men by approximately 11 percent, annual employment by 9 weeks and annual earnings by 40 percent.” States routinely block those with previous drug offenses from public assistance, public housing, student loans, foster parent status, adoption, and even driver’s licenses. Four states permanently bar ex-felons from voting, and eight others bar certain ex-offenders–helping disenfranchise one in forty voters (and one in 13 African American voters). Despite similar rates of drug use, minorities are more likely to be arrested for the same crimes, and serve longer sentences than white defendants. Between 1974 and 2001, the War on Drugs helped drive the rate of incarceration among adult black males to double that of Hispanic males and rise six times that of white males. For drug charges, the difference is even more stark: per Forbes, “black men are sent to state prison on drug charges at 13 times the rate of white men.”

A lot of advocacy to undo the discriminatory legacy of mass incarceration has focused on “Ban the Box” policies that stop employers from asking job applicants to indicate if they have been convicted of a crime. But 28 states post criminal records on the internet, 14 of these make all conviction records available online, 92 percent of employers already run a criminal background check on job applicants, and state policies for expungement and record-sealing are complex. Legalization that corrects these injustices requires creating legal remedies for those arrested for marijuana crimes that no longer exist. Most require ex-offenders to track down records and file petitions, and some states have no marijuana expungement policy at all. As a result, very few ex-offenders who are eligible for expungement have acted on the opportunity – so the racial and economic disparities that plagued the enforcement of marijuana restrictions will continue to splinter our society. In California, the Drug Policy Alliance estimates that 500,000 residents have a misdemeanor eligible for expungement under Proposition 64, but so far, only a fraction of that number has applied for clearance.

Until marijuana expungements are streamlined and simplified, the right to have that criminal record wiped away exists in practice only for those Americans who have the time, resources, and process expertise to navigate county-by-county procedures. For many who dwell in the shadow of a past marijuana conviction, the right to expungement is at best theoretical – and at worst, a cruel mockery of restorative justice.

Expungement should be automated so that a clean slate is a substantive right for all Americans, and not only for those who are well-educated, live in the right jurisdictions, and have adequate time and resources. Despite positive movement by states to create expungement on paper, current laws (e.g., in Colorado and Illinois) are restrictive, complex, and still changing year to year. While those who live in progressive, urban areas might be able to access resources, rural residents struggle to achieve clearance. In most states, ex-offenders must access (and frequently pay for) criminal records on a county-by-county basis, and then petition the state for eligible offenses. The process is difficult and expensive, even with help from a lawyer, and can take months or even years to finish.

A very promising development in this area is California’s Assembly Bill 1793, which mandates a statewide process to identify all individual offenses that are eligible for expungement under legalization. Local prosecutors have a period in which to challenge expungements (e.g., for mitigating circumstances such as connection with violent crime or involvement with a drug cartel). Courts must then “automatically reduce or dismiss the conviction… modify the state summary criminal history information database,” and post the update on a public website.

Not only applicants would benefit from AB 1793, according to advocates from the Drug Policy Alliance working on the ground in California to help past offenders clear their records.[2] Local governments must dedicate dozens of hours to each step in the process for every applicant on a first-come, first-served basis. A statewide, standardized process could substantially reduce the workload for county and municipal authorities. In late August 2018, AB 1793 passed the Senate and headed to the Governor’s desk for his signature, paving the way for the nation’s first statewide automated expungement process.

California Assemblyman Rob Bonta, who introduced AB 1793 to the legislature in California, argues that “the role of government should be to ease burdens and expedite the operation of law—not create unneeded obstacles, barriers and delay.” If we want legalization of marijuana to achieve any semblance of restorative justice for those victimized by the War on Drugs, scaling expungement is critical; there is substantial research suggesting that record-clearing remedies can make a huge difference in the lives of ex-offenders.

After Vikash Singh went through the legal process earlier this year to expunge his marijuana conviction, he says that a “huge mental weight was lifted from my shoulders. It’s the difference between constantly being afraid that a tiny mistake will land you in jail, and being really ready to go out and be a productive member of society again.” And his experience has a clear lesson for other states: “I was lucky enough to have time, resources, and support—but people without those advantages have a huge challenge to get through this.”[3] As more and more states finally move to decriminalize marijuana and even federal officials grow more relaxed toward legalization, state lawmakers should prioritize automated expungement in the spirit of California’s AB-1793 to ensure that all past offenders have substantive access to a clean record.

Ben McGuire is a second-year master in public policy student at the John F. Kennedy School of Government at Harvard University. He has a professional background in campaign field organizing and analytics for field, digital, and early voting. Before coming to Harvard, Ben also served as a research consultant to higher education and K–12 leaders on cybersecurity, data analytics, and optimizing the use of academic resources.

Photo by Rick Proctor on Unsplash

[1] Interview with the author.

[2] Interview with the author.

[3] Interview with the author.