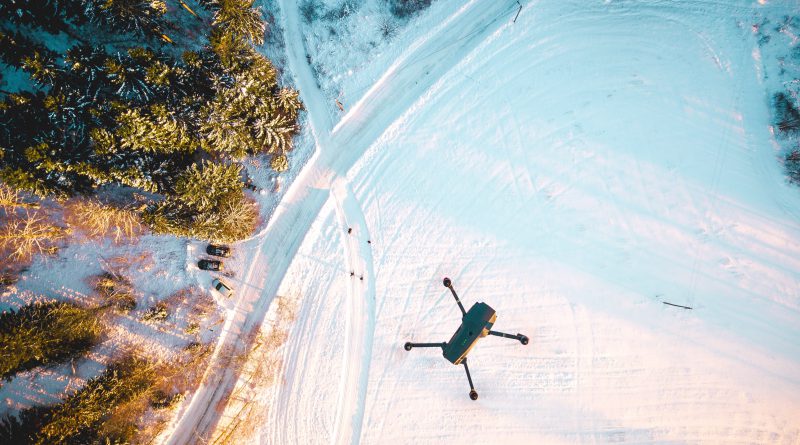 NIMBY, or “Not In My Backyard,” is a frequent theme in opposing a proposed local development. The rise of drones leads to a slight variation of this common acronym: NAMBY (“Not Above My Backyard”). As commercial and recreational drones increasingly populate the sky, a deceptively simple question arises. Where will drones fly? In answering this question, policymakers must include the right for property owners to exclude drones operating at very low altitudes above their property.

Given the many potential uses for drones, it is understandable that many are bullish about their future. The Federal Aviation Administration (FAA) predicts that by 2022 the commercial drone fleet will grow to over 450,000 units (a 400% increase compared to 2017) while the non-commercial drone fleet may exceed 3 million units. Despite their exciting possible applications, privacy and security questions leave the majority of Americans opposed to drones operating near their homes.

Citizens have limited options to protect the airspace above their homes or, alternatively, local swimming pools, nature preserves, or worship areas. The FAA reserves exclusive authority over drone operations, as well as the navigable airspace, which it defines as everything above the tip of a blade of grass. While, at ground level, a state can use its zoning powers to allow or prevent certain land use based on the character of a community or optimal use for an area, this power does not extend to airspace. In this legal framework, private property owners as well as state and local governments are left with few options.

The FAA centralized power over the navigable airspace to prevent state or local governments from creating a “patchwork quilt” of differing regulations, stating, “a navigable airspace free from inconsistent state and local restrictions is essential to the maintenance of a safe and sound air transportation system.” The FAA’s position is understandable: for retailers to deliver packages via drone across county or state lines, operators will rely on a consistent operational regulatory framework governing altitude, hours, and licensing standards. Nonetheless, a uniform federal standard for drone regulation cannot provide the level of granularity that a state or local government can in accommodating the evolving privacy and security interests of citizens.

Currently, among other FAA operational regulations, most drones are limited to flying below 400 feet. This height was chosen to protect commercial aircrafts, while also promoting operational safety. However, a July 2018 proposal by the Uniform Law Commission (ULC), a nonprofit, state-supported association dedicated to bringing stability to critical areas of state statutory law, would assign state governments control of the airspace below 200 feet, outside the column of air needed for drone take-off and landing, thus creating an aerial trespass offense.

How states apply this rule or the punishments they attach may vary, but the principle would remain the same. If an operator intentionally flies below 200 feet over another person’s property without consent, the operator is liable for trespass. To establish liability, there would be no need for the property owner to prove the drone operator created a nuisance or substantially interfered with the owner’s enjoyment of the property. Not surprisingly, the FAA and U.S. Department of Transportation did not endorse this draft rule or its underlying logic.

Despite this lack of federal support, a bright-line aerial trespass rule would not lead to a “patchwork quilt” of regulations or disincentivize innovation. The FAA would maintain preemptive authority over regulating drones and drone operations. As of 2017, the majority of states and more than 130 local governments passed regulations affecting drones, reflecting existing uncertainty as to where the federal government’s authority ends and how to manage this emerging industry. Unless the FAA insists on full preemption, taking the position that no state or local concerns outweigh the need for sole federal regulation of airspace, a single bright-line, uniform aerial trespass rule would actually reduce inconsistent regulations.

This is unlikely to lead to an influx of litigation, as technology already exists to facilitate pilot compliance. For example, various types of altimeters are commercially available, ensuring operators can monitor their altitude to comply with restrictions. Just as landowners rarely bring a trespass case against the child who crosses into their yard to retrieve an errantly thrown ball, or other inadvertent or insignificant intrusions, property owners are unlikely to bring cases for minor encroachments. Cases that proceed to trial would benefit from a straightforward, bright-line rule.

As states would control airspace below 200 feet, this uniform rule enables local strategic planning to promote privacy, safety, and local interests—a form of “drone zoning.” The FAA lacks the information and resources to effectively carry out this type of coordinated effort, but recognizes the need for community involvement in aspects of aviation planning. Giving this power to states enables coordination among local stakeholders in aerial zoning decisions, including environmental groups, local businesses, planning commissions, and minority communities.

This policy may also increase social acceptance of drones, while easing and encouraging the integration of drones into the national airspace. The area between 200-400 feet should provide a sufficient “highway” for commercial and recreational drone operations. Further, states could use exceptions or waivers to allow operators to pilot drones at lower altitudes for certain approved commercial uses, such as infrastructure inspection or search and rescue efforts, where privacy concerns are unlikely to arise or public opinion is more favorable.

With widespread drone usage on the horizon, the FAA and U.S. Department of Transportation must act swiftly to implement clear rules regarding drone operations and the ULC’s aerial trespass proposal deserves further consideration. A buffer zone between drones’ primary operating airspace and citizens on the ground represents a significant step in answering the larger question of “where will drones fly?” Establishing an aerial trespass offense balances the key interests of drone operators, citizens, and local governments, while paving the way for integrating drones into the airspace. Implementing clear rules today will protect all stakeholders while avoiding the confusion and cost of retraining drone pilots in the future. 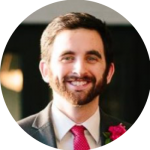 Doug Lavey is a concurrent degree student in public policy and law. He is passionate about the field of transportation, having worked with Departments of Transportation at both the state and federal level. Doug’s focus is on the intersection of disruptive technologies, public policy, and the law.