Home > Featured > When It Comes to Asylum, the Attorney General Is His Own Supreme Court 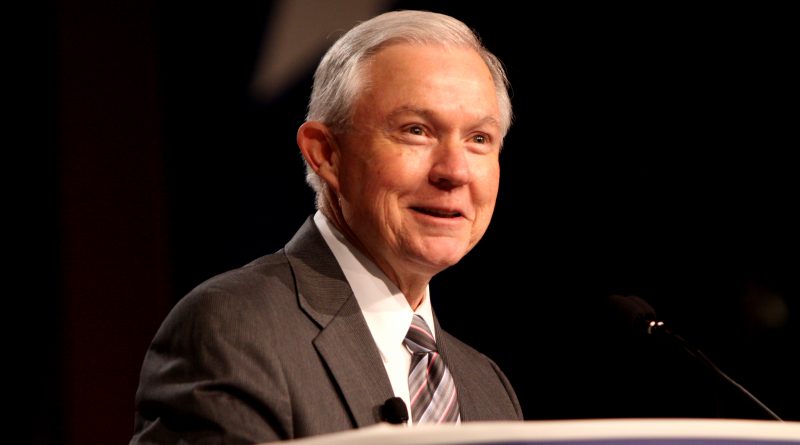 US Attorney General Jeff Sessions has unchecked authority over thousands of people seeking asylum in the United States. The NAACP, among others, has also condemned Sessions’ history of “racist comments,” and he has spoken out on multiple occasions against asylum seekers as a group. So how has Sessions used his power? To unilaterally end asylum for domestic violence survivors, and in doing so, severely limit protections for people fleeing civil war-levels of gang violence in Central America.

Nowhere is it more clear that the US executive branch is endowed with too much power than in Sessions’ mistreatment of asylum seekers. Even though America’s asylum law has clear and binding obligations on the executive—obligations both international and domestic—Sessions and the Trump Administration have used their discretion to violate those obligations and all norms of decency.

The United States’ asylum obligations developed throughout the 20th century, starting with the foundational 1948 Universal Declaration of Human Rights. Then came the 1951 Refugee Convention and the 1967 Protocol to the Convention, which jointly established the so-called “international refugee regime.” And after the United States joined the club by ratifying the Protocol in 1968, it fully “executed” its treaty obligations through the 1980 Refugee Act, which essentially copied treaty language straight into American law. Based on these laws and treaties, the United States is legally obligated to provide protection to people at or within its borders who have fled persecution that was based on their personal characteristics.

Contrast that legacy with the executive’s implementation of asylum law today. Many asylum seekers end up in immigration courts, which are operated by the executive branch. In a functional system of adjudication, the person seeking relief would have their case heard by a judge whose rulings are insulated from the political process, allowing her to rule without facing consequences for making good but unpopular decisions. For immigration cases, however, the judge is an employee of the Department of Justice. Attorney General Sessions is the judges’ boss, and he reports to Trump himself.

To hamper immigration judges’ ability to spend adequate time on each case and produce effective judgments, Sessions instituted a brand new case quota: 700 each year, averaging two or three life stories per workday. Trump himself issued an executive order making it easier to fire for political reasons any “administrative law judge,” a group that includes immigration judges. And that was before July’s revelation of a confidential DOJ memo in which it pledged to aggressively purge judges who fail to get with the program. Facing demands to reject asylum applicants from on high, a grueling workload, and threats to their job security, immigration judges operate within a system geared for a specific political end—not the rule of law or moral justice.

What’s more, the constitutional right to a lawyer does not extend to immigration cases, and many asylum seekers navigate this system entirely without counsel. But if under these constraints a judge still grants asylum—and success rates ranged in 2014 from 2% in Atlanta to 84% in New York—the attorney general can personally put an end to it all and supplant the judge’s reasoning with his own.

The system, in short: Attorney General Sessions is effectively a one-person Immigration Supreme Court, as well as the country’s top law enforcement official. He has the authority to swoop in, pluck out an immigration case, decide it by himself, and set a precedent for all immigration judges.

That is exactly what happened in the first half of 2018, when Sessions grabbed hold of the then-pending Matter of A-B-. His ruling? Sessions not only denied asylum to the applicant, whose persecution claim took the form of domestic violence in El Salvador, but he also overturned prior case law that allowed some domestic violence survivors to even apply for asylum in the first place.

El Salvador and much of Central America is in the midst of what scholars call a “femicide”—widespread and systemic violence against women, performed with impunity, and committed on the basis of gender. It is a humanitarian crisis. But after Sessions’ meddling, America will no longer shield survivors of what he calls “private criminal activity.” He invented the concept, but in effect, he decided that “private” crimes—like burglary or assault, as compared to genocide—by definition do not involve any consideration of personal, protected characteristics. Asylum law requires the underlying persecution to have occurred “on account of” a protected characteristic, and in Sessions’ calculation, private crime happens simply because it happens.

To be clear, Sessions believes that domestic violence against women that is committed in the context of a regional femicide has no basis in a personal characteristic. To him—and now, for the entire US immigration system—it is a “private” act devoid of any personalized animus, and therefore cannot serve as the basis for an asylum claim.

But when ”private” crimes can no longer form a basis for persecution, then the asylum system necessarily excludes people fleeing the “private” violence, extortion, and intimidation by “private” gangs, which have murdered hundreds of thousands and caused millions to flee their homes. The role of a gang victim’s characteristics may differ from case to case, but Sessions disqualified the underlying gang persecution itself from satisfying the refugee definition. This was Sessions’ long game: to curtail the legal right of those refugees from Central America fleeing “private” gang violence to avail themselves of the legally obligated protection of the United States.

Sessions’ denial of femicide and gang persecution has already led his Department of Justice to deport people back to their deaths. But a just system would never rely on the sound judgment and good character of just one official. An asylum adjudication process in which the judges are under the thumb of the president, the asylum seeker has no right to a lawyer, and the attorney general can set the rules as he pleases is a process designed to churn out injustice.

That process needs to change. Asylum seekers deserve to have their cases heard in a just system, removed from the unchecked machinations of the executive branch. Truly basic reforms, like providing better protections for immigration judges and removing the attorney general’s power to supersede his own judiciary, would go a long way. But the generation of policymakers to follow this administration must think more broadly, providing asylum seekers legislative protections from future anti-immigrant administrations and guaranteeing a separation of powers in asylum adjudication. America’s obligations under both the treaties it signed and its own domestic laws demand no less. 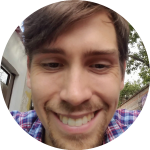 Austin Davis is in the class of 2019 at Harvard Law School. He is also a co-president of the Harvard Law School Immigration Project, the school’s only student practice organization focused on immigration issues. He used to work in opposition research, including against the current administration’s campaign. He thinks Jeff Sessions is a punk. His views are only and entirely his own.