Home > Articles > Trump’s Press Conference with Putin Was Bad. His Comments on Montenegro Are Worse. 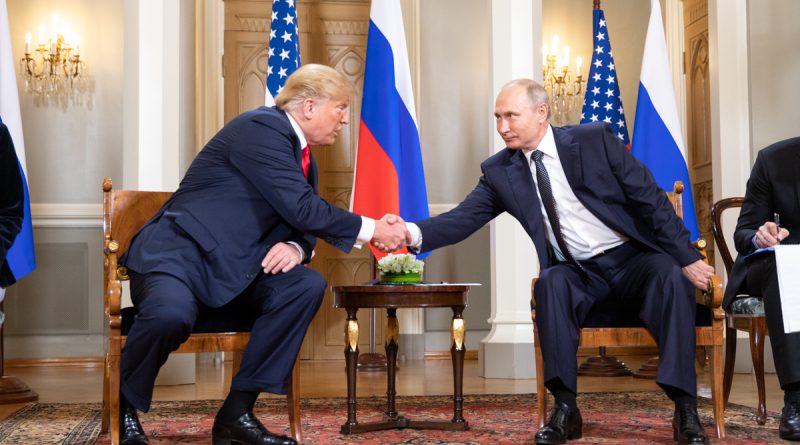 Last July, President Donald Trump’s trip to Europe became noteworthy for his antagonism toward legacy North Atlantic Treaty Organization (NATO) allies like Germany and his even more headline-grabbing press conference with Russian President Vladimir Putin, in which Trump publicly doubted Russia’s interference in the 2016 US presidential election. However shocking these may have been to domestic audiences and political commentators, a far more critical incident occurred just days later when Trump appeared on Fox News. During the show, Trump agreed with host Tucker Carlson, who questioned why US troops should defend Montenegro, a small European nation in the Balkans and the newest NATO member, if attacked.

What both Carlson and Trump seem to miss is that NATO was founded to protect its members from attack, with the central principle embodied in Article 5 of the treaty. This stipulates that an attack on any one NATO member requires a response from all other members. By leaving open the question of whether the US will honor its defense commitments, Trump is risking war in Europe.

While dismissing the current president’s public comments as merely extemporaneous musings rather than policy prescriptions is the norm, in matters of foreign affairs, this is a mistake. More than anything, statements like these reflect a genuine insight into the one realm where the President wields near-total power: that of Commander-in-Chief of the US military. Regardless of the Pentagon’s desire to defend US allies, the president is the final authority on matters of war. This means that Trump’s willingness to openly suggest that American men and women should not be put in harm’s way to defend a NATO ally—no matter how small or newly minted—is revelatory.

In the 1990s and through most of the 2000s, the idea that Russia would invade an independent European democracy was far-fetched. The newly democratic Russia behaved more as a potential Western security partner than geopolitical rival. Today, after Russia’s annexation of Crimea and invasion of eastern Ukraine, the threat of a militarily aggressive Russia is very real, especially as the country has retreated into a full-fledged dictatorship under Putin.

Besides Montenegro—whose government just last year accused Moscow of orchestrating a coup attempt—other nations squarely in Russia’s crosshairs are the Baltic states of Estonia, Latvia, and Lithuania. Independent since the collapse of the Soviet Union in 1991, all three countries are now growing European Union economies, democratic, NATO allies, and—most critically—fearful of Russia. Trump, whether intentional or not, is sending them (and Putin) an unmistakable message: you may be on your own.

In no uncertain terms, preventing wars has always been NATO’s primary purpose. In the Baltics, analysts predict that the alliance’s ability to militarily repel a Russian attack is highly suspect, meaning that deterring an attack is the only way to prevent war. But deterrence is impossible when one side can reasonably question its rival’s willingness to collectively fight. Trump’s comments provide that doubt.

Heightening the risk, Trump loyalists in elected office will not risk the president’s fury by rebuking his comments. Shortly after the president’s remarks on Fox News, Congressman Mike Turner (R-OH), former president of the NATO Parliamentary Assembly, even went so far as to exclaim on TV that Trump is having a “very positive impact” on NATO. This is unquestionably absurd. Such bald-faced lack of moral courage from members of the party in power further reinforces Trump’s message, with the innocent lives of European allies hanging in the balance. Indeed, opposition voices within the president’s party are few and far between, with Senator John McCain (R-AZ) being a rare example. He tweeted, bluntly, “the president is playing right into Putin’s hands.”

Foreign affairs are hardly the stuff of daily concern for the average American, let alone the security of faraway countries. A 2015 poll showed only a slight majority of Americans believe the US should use force to defend a NATO ally. But Americans should care deeply about the specter of a modern European war. Setting aside the human suffering that occurs whenever conflict erupts, the negative economic and diplomatic effects on the US are incalculable.

On top of that, there is a moral call to defend allies, as these nations have already shown their willingness to shed blood in defense of the US, in both Iraq and Afghanistan. I flew combat missions in Afghanistan supporting US allies, including Lithuanian special forces. As a NATO member, Lithuania sent troops to Afghanistan when the US invoked Article 5 shortly after the terrorist attacks on September 11, 2001. Trump’s recent comments put these very same men and women, not to mention their homelands, in a perilous position. To abandon an ally in war is unforgivable; to carelessly risk such a war in the first place is even worse. 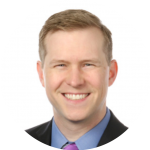 Mark Fogel is a former US Air Force fighter pilot who graduated in 2016 from the Harvard Kennedy School with a Master in Public Policy. He has served as a defense consultant to various non-profit organizations and is currently an adjunct lecturer of political science at the University of Dayton.