Home > Articles > The “Digital Divide” –and How to Bridge It 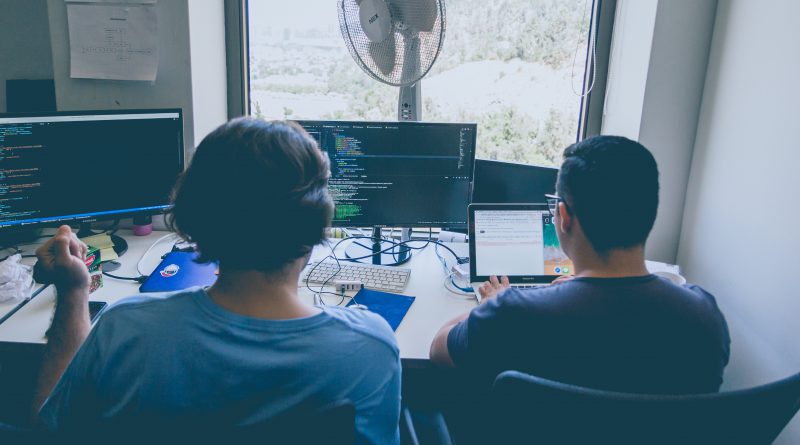 Digital transformation and its implications for the future of work have become the topic du jour among public policy officials, scholars, and commentators all over the world. With predictions that new technologies like artificial intelligence and machine learning will threaten as many as 800 million jobs over the next decade, many agree that we’re on the brink of an uncertain horizon. Yet while the focus of much anxiety has surrounded automation and robotics, comparatively little attention has been paid to the growing and largely unmet demand for digitally trained professionals. This “digital skills gap,” which ranges from basic search-engine and data-management competencies to high-level coding and cybersecurity capabilities, is already posing difficulties for professionals and businesses all around the world.

Recent studies indicate that the digital skills gap is even more formidable in the U.S. and Europe than previously believed. In October of 2017, the European Commission released statistics showing that 9 out of 10 jobs will require digital skills in the future, and yet, “169 million Europeans between 16 and 74 years – 44% – do not have basic digital skills”. In one U.S. survey, only 36% of executives reported that their employees have the skills that prepare them for digital transformation, while nearly 80% of small businesses said that their job applicants lack the digital skills necessary for their roles. In 2016, the National Center for Education Statistics ranked American workers “dead last” out of 18 industrial nations in problem-solving skills using technology.

At the same time, the demand for digitally trained workers is steadily growing everywhere, despite forecasts of a roboticized future. The European Commission has found that 40% of companies in Europe currently have trouble finding ICT (Information Communication Technologies) specialists and further predicted that “by 2020 there will be 500,000 unfilled vacancies for ICT professionals”. In the U.S. today, $21 billion dollars’ worth of high-paying jobs in the tech industry are not filled — which includes work for cross-sector professionals such as systems engineers, data scientists, and network engineers, and in digital-focused fields such as IT and healthcare. The U.S. Bureau of Labor Statistics projects a shortage of 1,000,000 software engineers by 2020. Other highly technical positions, like medical and health services managers, information security analysts, and financial managers, are cited among the country’s most in-demand jobs, and have projected growth figures of between 19 and 30 percent over the next 8 years.

Still, these statistics do not expose the severe impact of the digital divide on the most vulnerable: those lacking a secondary school education and basic digital skills training. These individuals often occupy low-income brackets, meaning that their jobs are most susceptible to displacement. Refugees, in particular, are at high-risk of having difficulty adjusting to and retaining jobs that involve technology, since they may not have worked in similar fields in the past and may be from societies with slower rates of technological adoption — not to mention that they are most likely learning the host language at the same time. Even though rates of tech adoption are rising in the Global South, where many refugees and migrants are from, there is less internet access in countries in this region. For example, a 2013 Pew Research Center study demonstrated that internet usage in emerging and developing nations was far behind that in the U.S.: 84% of the adult population uses internet in the U.S., compared with only 8% in Pakistan, and 26% in Ghana.

In an age of rising economic inequality and political populism, the consequences of leaving the digital divide unaddressed cannot be underestimated. Public policy professionals, business officials, and civil society activists must work together to invest in building new solutions. To this end, one existing initiative that shows promise is the European Digital Skills and Jobs Coalition, which “brings together Member States, companies, social partners, non-profit organizations and educational providers who are committed to tackle the lack of digital skills in Europe.” The majority of pledges — and there are already 100 at the time of this writing — commit to reforming education and training bodies: from training ICT professionals and reskilling job seekers to providing coding classes for children. Additionally, the Members of the Coalition signed a Charter in 2016 to “train one million extra young people by 2020 for vacant digital jobs by training unemployed and disconnected young people for digital jobs.” By the end of 2017, more than 3.7 million trainings had already been conducted by member organizations.

Social entrepreneurship nonprofits have also made an impact on the digital divide. By offering training in fundamental computer and ICT skills via courses, coding bootcamps, and mobile learning strategies, these organizations are helping businesses fill essential gaps while democratizing digital skills development. Some examples in the U.S. include Everybody Code Now, an organization that works with local institutions across the country to help middle and high school students develop basic programming and coding skills. NPower is another organization that provides tech training, mentorships, and career development workshops for military veterans and young adults from underprivileged communities in cities in North America. Mothercoders, located in the San Francisco Bay Area, provides tech training to women with children so that they can gain skills, industry knowledge, and new professional networks. These are the kinds of projects that will allow everyone to thrive in the new economy.

Federal, state and local governments can do their part by embracing these social entrepreneurship organizations as essential partners in their fight for digital literacy, and engage with them more proactively. It is essential that the private and the public sectors collaborate on solutions-oriented efforts that are made accountable through impact evaluations — a way to encourage entrepreneurs to focus on delivering results. In addition, countries should create networks across borders to help one another, since many of these issues are local, yet similar. We all must ask: how can we foster exchange and collaborate in finding innovative solutions — not only across sectors of a country, but transnationally?

Given the huge need to train individuals in digital skills, and given the high numbers of refugees, it makes sense to combine the two central questions of our day: the digital divide and the humanitarian crisis. We need policy solutions and initiatives that address both issues at the same time. One way that we have tried to address these problems is by founding Konexio, a France-based nonprofit that provides courses and workshops in web programming, coding, and basic computer competencies to refugees and other vulnerable communities. We work hand-in-hand with other social impact organizations to fight the gap, because we believe that digital-skills building is a key way to promote socioeconomic mobility and human connectivity in today’s world. Digital skills-building is one of the surest ways we can build an economy where no one is left behind, and the time to invest in this effort is now. 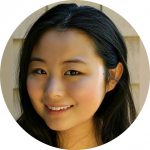 Jean Guo founded Konexio based on her research as a Fulbright fellow investigating migrant policy at the Paris School of Economics. A joint MPP/MBA student at the Harvard Kennedy School of Government and Harvard Business School, she graduated from Stanford with degrees in economics and human biology, and worked as a strategy consultant at Analysis Group. She is an occasional contributor to the Huffington Post Public Health column. 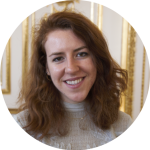 Rachel Pearl O’Shea is a recent graduate of the University of Toronto in European Studies, with minor concentrations in French and Spanish. Born in Paris, France, she grew up in Providence, Rhode Island, and returned to Paris this past spring. She worked with Konexio, a non-profit organization which offers computer literacy skills courses to refugees and to people from disadvantaged backgrounds, in an effort to fight the digital divide in French society. She will begin a Master’s degree in French literature in the fall of 2018 at the University of Toronto.

Photo by Alvaro Reyes on Unsplash