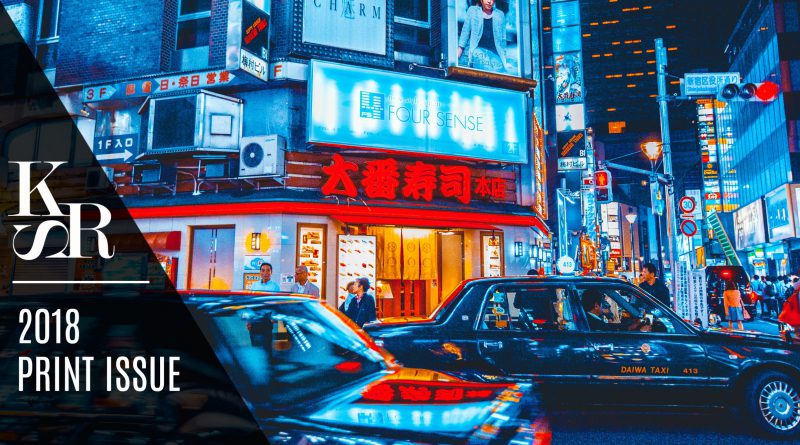 Working conditions in Japan are widely regarded as severely demanding. In fact, there is even a Japanese word, karoshi, that means “death from overwork,” with its own Wikipedia entry.[1] However, as someone who has worked in Japan for more than ten years, I wonder how much of the country’s actual working situation is known to those in foreign countries. By learning more about Japan’s history of overwork—and the country’s ambitious efforts to reform work style—other countries’ leaders can forestall this fatal cultural challenge.

Japan’s first case of karoshi was reported in 1969, the year Japan recorded a 12 percent real GDP growth rate.[2] Three physicians coined the term in a book by the same name published in 1982.[3] In 1990, the book Karoshi: When the Corporate Warrior Dies was published in English. Since then, foreign newspapers and television networks have also reported on karoshi, diffusing the term around the globe.[4]

The National Defense Counsel for Victims of Karoshi estimates that more than 10,000 people die from cardiovascular disease related to overwork each year. [5] This is roughly three times more than the number of people killed by traffic accidents in Japan in 2017.[6] According to the Japanese government, the most important factors leading to karoshi are long work hours and a heavy workload.[7]

According to the White Paper on Death from Overwork Prevention Countermeasure, more than one in five Japanese employees (20.8 percent) work an average of 49 hours or longer each week, compared to 16.4 percent in the United States, 12.3 percent in England, 10.1 percent in France, and 9.6 percent in Germany.[8],[9] Furthermore, the average weekly work hours for regular workers in Japan is higher today than it was in the 1980s.[10]

Some claim that the hierarchical structure of the Japanese work environment could be enabling overwork. For example, in 1991, the Supreme Court ruled that the disciplinary dismissal of a worker refusing overtime was legal.[11]

Although a general rule on overtime work sets the maximum hours at 45 per month and 360 per year, companies can make their employees work unlimitedly if their unions agree.[12] According to a Tokyo newspaper, 70 percent of the top 100 companies in the Tokyo Stock Exchange allow more than the karoshi threshold of 80 hours of overtime per month.[13] One company even allowed overtime of 200 hours a month, and the average of the 100 companies was 92 hours.[14]

Other researchers argue that Japan’s tight job market after the economic downturn in the early 1990s created severe in-house competition due to cost cutting and the reduction of middle managers.[15] These pressures motivated employees to work longer and frequently unpaid hours, as work hours were often regarded as the most objective evaluation criteria for workers.

Responding to karoshi, Japan implemented the Death from Overwork Prevention Countermeasure Promotion Law in 2014, followed by the release of the White Paper on Death from Overwork Prevention Countermeasure in 2016 (mentioned above). On 3 August 2016, Japanese Prime Minister Shinzo Abe gave a speech declaring that “[Japanese government’s] biggest challenge is work style reform. We will improve long working hours.”[18]

As part of the reform, the Japanese government committed to legally regulating overtime working hours. Prime Minister Abe’s commitment to reform is historic in the 70 years of the Labour Standards Law.[19] Under the new rule, companies can no longer make their employees work unlimited hours. The government limits the hours of overtime to a maximum of 60 on average per month and 720 total per year.[20] As previously mentioned, the top 100 companies’ average number of allowable overtime hours was 92 per month, so the impact of the work style reform is likely to be significant.

The law reform might create momentum to change Japanese working culture. However, it is not a complete solution to the problem. As stated in the Action Plan for the Realization of Work Style Reform, “The practice of working long hours is a structural problem, and will also require the reconsideration of company cultures and transaction customs.”[21] For example, the simple implementation of an overtime maximum could result in an increase in overtime work without compensation, which makes the situation even worse. As a result, supplementary measures such as easier ways to report illegal working conditions to authorities and protection for those who report are necessary.

Additionally, some have criticized the government for being reluctant to compensate cases of karoshi through the worker’s compensation system. It takes a long time to reach a decision on whether such deaths will be compensated, and the established criteria are stringently applied.[22] Although the new movement is likely to reduce work hours, the government should value the importance of supporting those who still suffer from overwork.

Japan’s progress on overwork offers important lessons for other countries.[23] Matthew Reiss, a New York–based journalist, has suggested that Americans might also suffer from overwork, but US authorities such as coroners and judges refuse to entertain the notion that inordinate work stress can cause death.[24] Additionally, Richard Wokutch from Virginia Tech has pointed out that “India, South Korea, Taiwan, China – the next generation of emerging economies is doing the same thing, they are following the post­war Japanese movements towards long hours.”[25] Working long hours with the risk of karoshi is therefore not unique to Japan, and Japan’s targeted approach to reducing overwork could benefit countries and workers around the world.

Yusaku Kawashima is a master of public administration candidate at the John F. Kennedy School of Government at Harvard University. Prior to studying, he worked for Japan’s Ministry of Economy, Trade, and Industry (METI) as an economic policy specialist. He also managed the work style reform project within METI from 2016 to 2017. The article reflects the author’s personal belief and is not an official opinion of any organization to which the author belongs.

Photo by Benjamin Hung on Unsplash

[4] Nishiyama and Johnson, “Karoshi-Death from overwork.”

[9] Summary of White Paper on Death from Overwork Prevention Countermeasure, 12.

[11] Nishiyama and Johnson, “Karoshi-Death from overwork.”

[13] According to the Ministry of Health, Labour, and Welfare, 80 hours of overwork is strongly correlated with the occurrence of karoshi.

[19] Council for the Realization of Work Style Reform, “Action Plan,” 4.

[22] Nishiyama and Johnson, “Karoshi-Death from overwork.”