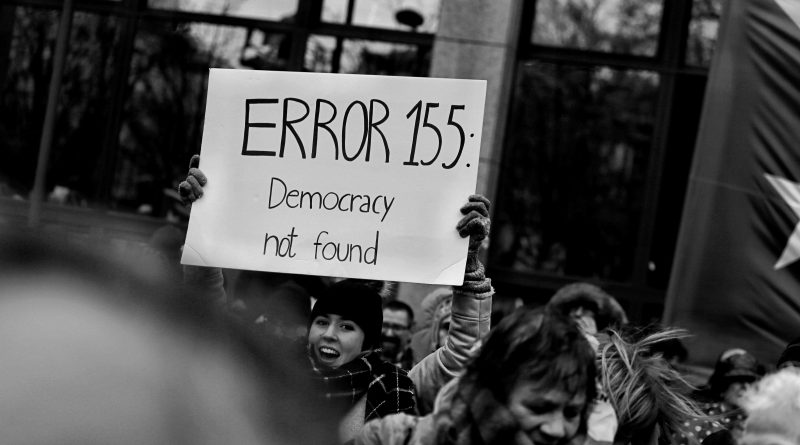 The United States and Europe have traditionally spent substantial financial and human resources to promote democracy. They fund workshops, research, and civil society organizations with the goal of promoting freedom of speech and association, free and fair elections, and the rule of law. While global democracy is not in peril, democracy promotion programs might be.

In February, the Trump administration announced major cuts to foreign aid budgets. This is at a time when US legitimacy is at an all-time low and China is actively propagating its own non-democratic story of successful economic growth and prosperity. But China’s economic growth in the absence of key democratic institutions is no exception.

Evidence on whether democracy promotion leads to economic development and better social welfare is inconclusive. But the defense of democracy rests not on economic development and social welfare but on other freedoms it protects — for example, human rights and civic and political participation. And because democratization isn’t easy and research on how to democratize successfully is also inconclusive, we must redouble efforts, not abandon them.

Is Democracy worth promoting?

Other academics claim that democracies provide better social services.[3] Unlike autocracies, the leaders of democratic states are kept in check by high levels of political competition. They thus pocket less public money in the form of monopoly rents (taxes, salaries, bribes) and provide better services. An analysis of health outcomes in 153 countries shows that political accountability is only one part of the story. Other features of democracy also lead to better social services.[4] The authors contend that democracies allow for active participation and rights protections. Consequently, they provide citizens with more autonomy, social capital, collective action opportunities, and information.[5]

But the literature on democracy, social services, and development is inconclusive. One study suggests that improved social services are a result of economic development, not the other way around. It finds no significant relationship between the existence of democracy in a country and its spending on social welfare programs and pensions.[6]

Ironically, one of the stronger reasons to promote democracy is found in the same study. The authors find that “authoritarian regimes are more likely to torture, execute, regulate religion, censor the press, and spend money on the military.”[7] Economic development and social welfare certainly generate their own freedoms. However, while democracies aren’t essential for either economic development or improved social welfare, they do promote a distinct set of freedoms that are valuable in and of themselves.

How to promote democracy

If we grant that democracy is worth promoting, there are important lessons to learn about how to promote it, currently in knowing what not to do.

One common misstep is an overreliance on external donors and technocrats at the expense of local capacity building. Gene Sharpprofessor and advocate of non-violent struggle who passed away this January, argued “liberation from dictatorships ultimately depends on the people’s ability to liberate themselves.”[8]  In countries under the grip of dictatorship, placing hope in external saviors is not a feasible long-term solution. However, Sharp conceded that external assistance can be useful when it supports internal resistance movements. Such initiatives could include “international economic boycotts, embargoes, the breaking of diplomatic relations, expulsion from international organizations (and) condemnation by United Nations bodies.”[9]

Much research is still needed to assess the impact of democracy promotion programs and understand how they can be improved. In this context, I agree with Carothers that “given how difficult democratization is, efforts to promote it should be redoubled.”[13]

When to promote democracy

In particular, knowing the conditions under which democracy promotion is most likely to work will such efforts more effective.

Social welfare expert Karl De Schweinitz cautioned, for example, that if a country provides too many social services to citizens at an early stage of development, growth will stagnate.[14] A country’s economic success, he claimed, depends on whether a government is able to invest in the infrastructure and utilities necessary for growth. If taxes on entrepreneurs are used to finance welfare services, there is less state funding for the utilities essential for growth and for the accumulation of real capital. Accordingly, countries that provide high levels of welfare at an early stage of development may experience slow growth.

There is no consensus on the necessary conditions for successful democracy promotion in evidence-based scholarship.

The common belief that rich countries are more likely to be democratic has been contested by political scientists Adam Przeworski and Fernando Limongi. They assert that there is no evidence that democratic institutions are more likely to emerge as countries develop.[15] However, academics Charles Boix and Suzan Stokes challenge this assertion on both theoretical and empirical grounds.[16] Even the notion that a higher per capita income improves the stability of democracies has been challenged.[17] Boix and Stokes, for example, contend that it is economic equality, not per capita income, that causes countries to democratize and sustain their democracies.[18]

Though democracy doesn’t necessarily enhance development or improve social services, it certainly protects valuable civil and political freedoms. The impacts of democracy promotion programs are hard to measure and it is challenging to know when these programs will work. The inconclusiveness of the literature, however, is no reason to abandon democracy promotion — it is a call to improve research on the promotion of democracy. 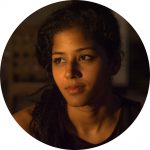 Amita Arudpragasam has an A.B. from Princeton University and is currently a Master in Public Policy candidate at the Harvard Kennedy School. She grew up in Sri Lanka, where she has worked as a researcher, the Private Secretary to a Foreign Minister and the Head of Research and Policy at the Secretariat for Coordinating Reconciliation Mechanisms. You can follow her on Twitter at @aarudpra.

Photo by Randy Colas on Unsplash

[1] Daron Acemoglu and James Robinson, Why Nations Fail: The Origins of Power, Prosperity, and Poverty, Chapter 3, “The Making of Prosperity and Poverty,” pp. 70-95.

[2] The authors argue that those controlling political power benefit from corruption or curbing competition to increase their share of the pie and this impedes economic progress. Accordingly, countries should aspire towards inclusive political institutions (those that are sufficiently centralized and pluralistic) if they hope to achieve economic success.

[11] I.e. They overlook democratization efforts outside this path or sequence.