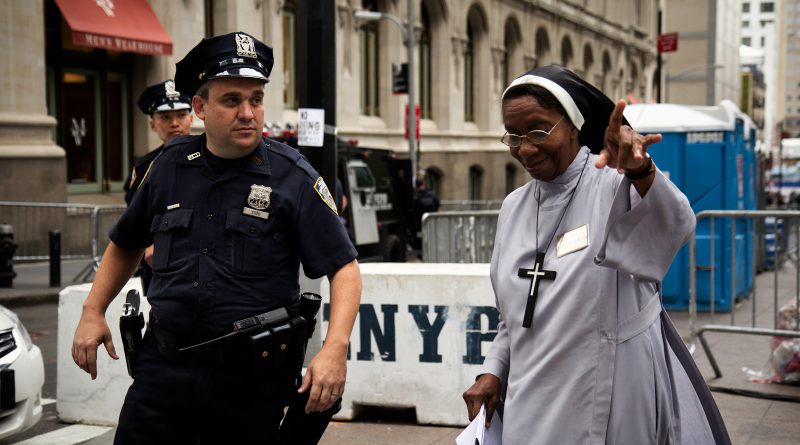 Videos of the arrest of a 21-year-old black Harvard University student on April 13 have once again drawn attention to the discussion of police brutality. The student, identified as Selorm Ohene, a Ghanaian, was arrested by the Cambridge Police Department (CPD) after the CPD had received reports about a naked man on drugs standing on a traffic island, including one from a woman who said the man had earlier thrown his clothes in her face. The videos captured footage of officers tackling and punching Ohene as they struggled to handcuff him.

The arrest has raised questions about the propriety of the CPD’s response, including whether the officers’ actions were racially biased. Cambridge Mayor Marc C. McGovern called the video footage “disturbing,” adding that when physical force is exercised by the police, “we must be willing to review our actions to ensure that our police officers are providing the highest level of safety for all.”

Yet, this is a police department that McGovern had previously held up as being “far ahead of most other communities around the country” on community policing. Indeed, the CPD’s community focus permeates the entire organization: from the emphasis on community partnership in its mission statement, to the establishment of commissions to improve community relationships, to the expansion of the diversity in its ranks. Today, the CPD ranks among the most diverse police departments in the nation.

Across the nation, community policing is seen as a key strategy to reduce crime and raise police legitimacy. A 2015 Department of Justice report called for a “robust system of true community policing” to better deal with crime. President Obama’s Task Force on 21st Century Policing also stressed the need for community policing to be a “core principle.”

So why do police departments like CPD—that have made a strong commitment to community-oriented policing—still lack trust and legitimacy?

The answer: Community policing alone is not enough in today’s America.

The limits of community policing

Community policing is inadequate in communities that are transient and diverse.

First, communities with high population turnovers, such as student communities, may be less aware of, or able to collaborate with, the police in crime control. A study in Boston found that shorter residential tenures were associated with lower involvement in and knowledge about community policing. Community policing doesn’t work unless police can form stable community relationships.

Second, international residents may carry with them previous experiences of corrupt and abusive police. In Chicago, a study of the Latino community revealed an expectation among Latino newcomers that the Chicago police were as corrupted as those from their home countries. Such cultural baggage could impact the perceptions of police legitimacy among new migrants.

In sum, the unique characteristics of migrant communities present certain limitations to community policing. While migrants may share concerns about safety, they may be less able or willing to collaborate with the police over the long run. This could hinder police efforts at fostering mutual trust with migrant communities, thus contributing to the friction between the police and the community, and exacerbating the ill will towards the police that arises each time there are excessive force accusations.

It is not just about doing the right thing, but doing things right

There is, however, another model of policing that could complement community policing and help address its limitations: procedural justice.

Procedural justice focuses on the perceived fairness of the procedures involved in the decision-making and treatment one receives from the police. It is driven by the fact that most people obey the law and cooperate with the police, most of the time. The core premise is that when the police acts in a procedurally fair manner, people believe that it is legitimate and are motivated to cooperate with it and comply with the law.

Turning to the arrest of Ohene, a more procedurally just approach might have been for the CPD officers to cordon off the area and engage Ohene in respectful conversation to safely de-escalate the situation. Some police departments, like the Camden County Police Department in New Jersey, have demonstrated how procedural justice can minimise use of force in tense situations. However, such efforts have not gained enough traction.

At a time when America is becoming more diverse, and residential mobility remains high, the demand for procedural justice will grow more acute. While community policing is undoubtedly the “right thing” to do, police departments should also focus on doing “things right.”

And as we demand fairer and more respectful policing, we should also demonstrate the same qualities in engaging the police constructively on issues such as racial injustice.

Ultimately, building a more just society is an effort in which we all have a role to play.

Julius Lim recently graduated from the one-year Mid-Career MPA program as an Edward S. Mason Fellow at the Harvard Kennedy School. He has served as a police officer in the Singapore Police Force since 2008, and joined the Singapore Administrative Service in 2016. He holds a Masters in Criminology and a Bachelor of Arts in Natural Sciences (Pathology) from the University of Cambridge.