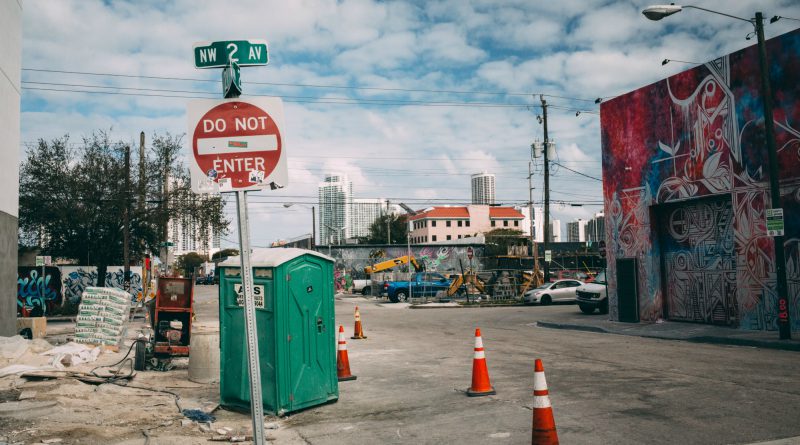 Although several U.S. cities and towns have undergone revitalization in the last decade, there are still many persistent pockets of concentrated poverty—distressed neighborhoods where outcomes are worse for residents across-the-board. The places where crime rates are higher, schools are low-performing, unemployment is high, and vacant storefronts abound. This has a devastating effect on residents—after all, we now know that where you grow up determines your income for the rest of your life. Neighborhood is destiny.

In order to improve outcomes for residents, many of these towns and neighborhoods desperately need investment. One provision in 2017’s Tax Cuts and Jobs Act has set out to do just that—bring capital into distressed neighborhoods and towns by designating them as “Opportunity Zones.”

Opportunity Zones are areas where investors can get tax breaks—including a temporary deferral of capital gains tax and a limited permanent exclusion for long-term investment—for capital projects they develop within the boundaries. In theory, Opportunity Zones could incentivize investment in the areas that need it most. The hope is they will attract development and jobs to historically-neglected towns and neighborhoods.

But Opportunity Zones could also go horribly wrong. Experts debate whether or not they will actually work, or if they are just a tax cut for the rich. Economic development in low-income neighborhoods is necessarily wound up in the same conversation as gentrification: Opportunity Zones could do real harm if investors have a field day throwing up luxury condos on cheap land, driving up housing costs and pricing residents out of the neighborhood. There is worry that many of the census tracts selected as Opportunity Zones may already be undergoing gentrification, and this new program will just speed it up. In order to protect residents from potential harmful effects of Opportunity Zone investment, local governments need to make sure there are guardrails on the development process and residents in these neighborhoods have a seat at the table.

First, cities and localities need to organize and empower residents through community-building efforts and education. Cities should work to cultivate strong neighborhood associations and lend staff support for building neighborhood infrastructure. For example, Madison has worked to create robust neighborhood associations and provide resources for them—the city assigns staff from multiple departments to specific Neighborhood Resource Teams to advise on neighborhood projects and goals, build relationships, and serve as a direct line of communication between residents and the city. Both New Orleans and Cincinnati host regular Neighborhood Summits that focus on relationship and skills-building for neighborhood leaders.

On the other end of the spectrum, Washington, D.C. has formalized the role of the neighborhood in the city power structure, creating Advisory Neighborhood Commissioners for 40 distinct neighborhoods in the city, which is an elected position that advises the D.C. government on issues that affect their neighborhoods. Cities can also make residents’ roles in decision-making official by setting up tax increment-financed governing structures such as Corridor Improvement Districts (CIDs) that have input in projects that come to their area and have funds that can be spent in creative ways to improve their neighborhoods. Several cities, such as Grand Rapids, have created these authorities, often implementing the Main Street Approach to organize CIDs or Business Improvement Districts that have formal input in the development process or can undertake their own improvements to neighborhoods.

Cities and states should also empower residents with knowledge, educating them on what Opportunity Zones are, how the development process works, and how to engage with or attract investors. Although several cities host workshops for residents focused on how to navigate the development process, it is usually from the perspective of the entrepreneur. It is rare for cities to educate residents on how to communicate with developers as changes are proposed for their neighborhoods or how to drive the investment process.

Second, local governments need to ensure residents’ voices are heard systematically in land use decision-making processes. Opportunity Zone projects will go through a city’s development and zoning approvals process as would any other project. As potential developments are proposed, cities need to make sure residents are aware of public meetings and have direct communication with the planning authorizing body to express their wishes about zoning changes and project approvals.

In addition, although cities routinely issue master plans, they should also encourage planning departments and neighborhood associations to complete area-specific plans with their goals for development in their area, so developers can have some upfront guidance on what a neighborhood wants as they start to shop around for investment opportunities. For example, the New York Department of City Planning has created area-specific plans for each neighborhood using community input and studies to arrive at the plans.

To further control the way land is used, entities can also set up community land trusts that buy up vacant property in Opportunity Zones, then agree to sell the property to investors who want to develop the land for specific community purpose. This model has been successful in Boston and New Orleans.

Further, cities should work to create pipelines for employing neighborhood residents as new businesses open in Opportunity Zones. As new buildings are built, and businesses opened by investors in an Opportunity Zone, cities can work to make connections between those business owners and local neighborhood associations, religious leaders, and social service agencies to encourage employing people from the neighborhood. Cities should encourage local community colleges to build relationships with investors and create skills training or career pathways to new jobs for the residents in low-income neighborhood. Creating these connections to employment is notoriously difficult, but some communities, like Rochester, MN, have seen modest success.

Finally, cities and states can establish their own “Opportunity Funds,” which pools together resources to invest in Opportunity Zones. Localities should create overseeing bodies for these funds with bylaws that include explicit representation from the impacted communities, or whose mission is for a community-driven purpose, such as local business development. Or, cities can set up a public-private partnership that leverages Opportunity Zone monies even further for purposes that meet residents’ objectives, kicking in a city grant or match if an investor conforms to resident’s requests, perhaps spelled out in a neighborhood association’s area-specific plan.

Typically when we hear about community empowerment in the development process, NIMBY-ism (“Not in my backyard”-ism), comes to mind: white, wealthy people resisting the development of denser, multifamily housing in their single-family neighborhoods. That form of community empowerment was arguably one of the causes of the concentrated poverty we see today, “ghettoizing” low-income people into the few neighborhoods with more affordable housing but overall fewer resources. Due to this, low-income residents are now more vulnerable to future development and market fluctuations. In order to reduce this vulnerability—to make sure low-income residents aren’t further pushed out by gentrification—governments need to work now to empower and collaboratively work alongside these communities.

This isn’t necessarily going well so far. In the 2017 tax law that established this program, states were given the authority to choose which census tracts were designated as Opportunity Zones. At this point, all 50 states have nominated their census tracts, sometimes with little transparency or community input, a dark harbinger for the amount of community engagement expected in the future in some places.

Overall, distressed towns and neighborhoods desperately need investment, and it’s possible the new Opportunity Zone designation could help them get it. But as capital flows into these places, current residents need to be empowered to participate in the development process and shape the future of their neighborhoods—ensuring they are the ones who will receive the new opportunities and benefits provided. As the new Opportunity Zone program gets underway, there is a chance for city and local governments to turn over a new leaf, put new strategies into practice, and ensure residents in low-income areas can stay in their neighborhoods and enjoy the fruits of increased economic investment. 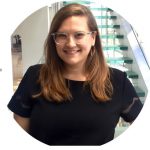 Alyssa Davis is a MPP student at the Harvard Kennedy School and a Managing Editor at the Kennedy School Review. With a background in economic policy, she is interested in equitable development, affordable housing, and urban innovation. This summer, she is working on equitable economic development in Grand Rapids. You can follow her on Twitter at @alyssalynn7.

Photo by Erik Zünder on Unsplash