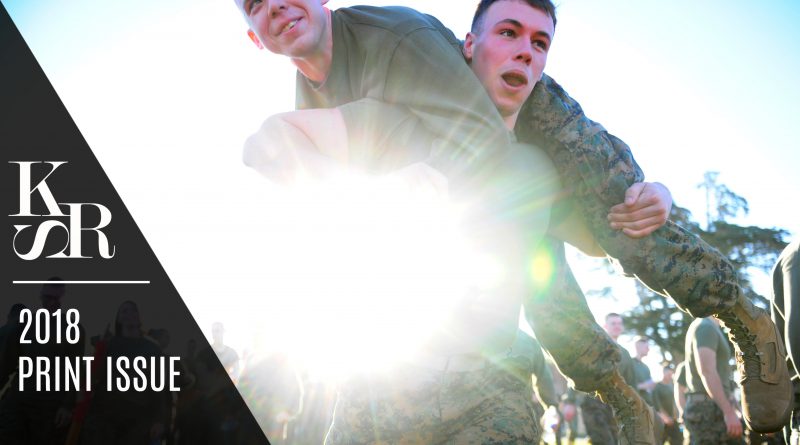 “We must, indeed, all hang together or, most assuredly, we shall all hang separately.”[1] So said Benjamin Franklin at the very birth of the American experiment. Yet Americans today, more and more, hang separately. We no longer collectively tune in to fireside chats, Walter Cronkite, or even Seinfeld. Instead, like a modern version of Narcissus, we stare into our smartphones, reading narratives that reflect our own opinions.[2] We face a new tribalism where even our perception of reality is partisan.[3] Consider FBI Director James Comey’s transition from hero to villain or villain to hero, depending on one’s politics.[4] We are sorely in need of institutions that provide a common experience through which we recognize our fellow citizens as “us” and not “them.” Universal national military service, also known as a national, universal draft, could offer just such a common experience as well as an innovative tool to reduce economic inequality and reconnect Americans to their government.

Retired General Stanley McChrystal notes that, historically, American wars “created a great cross-leavening experience. People who were from farms and cities and different parts of the country interacted with people and experiences that they otherwise wouldn’t have.”[5] Indeed, sociologists find that among heterogeneous work groups, surface-level differences become less important over time.[6] Working on a common task facilitates contact and cohesion among individuals.[7] Micro-interactions under stress produce social networks that share information and resources.[8] Military service would offer citizens a network that spans traditional identities.

Essentially, coworkers form friendships, whether they are baristas or Navy SEALs.

One might chuckle at the draft as a national friend-making institution (picture a college mixer with hand grenades), but like any profession, the military creates strong social channels. And it is through these channels that we find spouses, discuss politics, seek advice, and find people we trust even if we disagree. It is no accident that veterans in Congress, from both parties, score significantly higher on measures of bipartisanship than non-veterans.[9]

Bipartisanship is necessary to tackle our most pressing long-term challenge: economic inequality. Most Americans identify inequality as a major problem[10] but disagree on solutions.[11] The results are partisan policies that lack broad support. Democrats insist on spending programs that Republicans deride as giveaways to the undeserving, while Republicans offer tax cuts that the left labels welfare for the rich. Veteran lawmakers, bonded by their national military service, may be better equipped to overcome typical partisan barriers to dialogue and compromise.

In addition, the military is itself a mechanism for channeling economic benefits to low-income individuals in a way that, because of the demands placed on service members, no politician would dare label a handout.

Consider current military benefits: free health care, tuition assistance, a salary that is 160 percent of the poverty level, free or subsidized child care, and vocational training. And these benefits are identically distributed; at each rank there are no pay gaps between genders or races. Beyond direct economic benefits, service members receive legal advice, voting assistance, and (drill sergeants everywhere may smirk) mandatory physical fitness. While a draft would not solve inequality, it would provide a solid foundation for citizens.

Universal military service would also help bridge the divide between the American people and the foreign policy enacted on their behalf. The military is increasingly insular, with 80 percent of recruits related to a veteran.[12] Before the deaths of four soldiers in Niger last fall, few Americans were aware of the US presence in 12 sub-Saharan African nations.[13] How many know that American and Russian forces nearly came to blows in Syria last year?[14] With less than 1 percent of the population serving, the public is simply disconnected from national security.[15]

Consequently, voters and lawmakers are reluctant to criticize military spending and organization. The shortfalls of the F-35 fighter jet are hotly debated within the Air Force, but this $1.5 trillion program receives nowhere near the public scrutiny of the equally large tax cuts passed in December 2017.[16] Likewise, a Pentagon report found that the Department of Defense (DoD) could save $125 billion over five years by eliminating waste.[17] Veterans of universal military service would be better positioned than today’s majority-civilian electorate to hold the Pentagon accountable for spending.

Moreover, conscription could actually check the per-unit costs of DoD civilians and contractors that have ballooned under the all-volunteer model.[18] Annually, the average contractor makes $21,000 more than a corporal.[19] It is true that many non-uniformed jobs are highly specialized, but draftees could fill most low-level positions, saving significant taxpayer dollars.

“There are two basic arguments against the draft. First is how such a draft would be operationalized to make it fair and to avoid incentivizing behaviors, such as deferment seeking, that would exacerbate the very societal problems a draft sets out to fix. The second has to do with a draft diminishing the quality and professionalism within the Armed Forces. The military America has today is a product of volunteerism and not compulsion. If we go to a system where people don’t want to be there and are just waiting to finish their term, is that really the kind of military we want to have? We saw both of these problems in the Vietnam era.”[20]

Fairness is indeed central to the success and legitimacy of national service. The wealthy or politically connected cannot be allowed to be exempt. Similarly, it would be wrong to conscript Americans into a system known to cause disproportionate harm to some groups. For example, in the early years of Vietnam, African American battle deaths far exceeded the group’s proportion of the US population.[21] Although African American casualties were brought back in line by 1967, the incident underlines the need for constant vigilance. A universal draft would demand higher, and more consistent, standards of equality.

Regarding troop quality, the solution might be to retain a corps of soldiers who volunteer for combat and lengthier service in exchange for extra benefits. Forcing citizens into combat roles may be both counterproductive and widely perceived as morally questionable. Instead, draftees should primarily replace some of the DoD’s 716,000 civilians and contractors[22] and expand organizations like the Corps of Engineers.

There is no doubt that national service would be a massive undertaking. Failure to implement it fairly, efficiently, and effectively would have dire consequences. Yet it is worth the attempt. Of course, there is no political will to implement national service now, as political parties obtain power by promising voters benefits, not obligations. But when the nation next faces a galvanizing national crisis, our leaders should be prepared to ask something of citizens, to connect them to one another, to bind their livelihoods with decisions the government makes on their behalf, and to invest in their future.

Reed Southard is a master in public policy candidate at the John F. Kennedy School of Government at Harvard University. He is interested in national security, democratization, and conflict in the Middle East.

[3] Philip Bump, “Your view of the economy depends on whether your party controls the White House,” The Washington Post, 7 November 2017, https://www.washingtonpost.com/news/politics/wp/2017/11/07/your-view-of-the-economy-depends-on-whether-your-party-controls-the-white-house/.

[6] David A. Harrison, Kenneth H. Price, and Myrtle P. Bell, “Beyond Relational Demography: Time and the Effects of Surface- and Deep-Level Diversity on Work Group Cohesion,” The Academy of Management Journal 41, no. 1 (1998): 98.

[13] Adam Taylor, “MAP: The U.S. military currently has troops in these African countries,” The Washington Post, 21 May 2014, https://www.washingtonpost.com/news/worldviews/wp/2014/05/21/map-the-u-s-currently-has-troops-in-these-african-countries/.