Home > 2018 Issue > To Fix the Safety Net, Listen to People with Disabilities 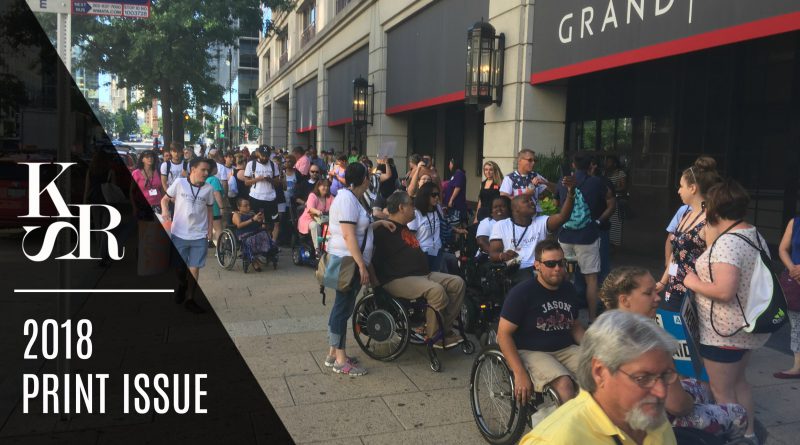 People with disabilities know, firsthand, that America’s current social safety net is unsustainable. Wage stagnation,[i] automation, and outsourcing threaten jobs,[ii] meaning more and more people will find themselves unable to make ends meet through full-time work. This next generation of unemployed workers will need government programs to help them get back on their feet—the same programs that have entrapped people with disabilities in cycles of poverty for years. 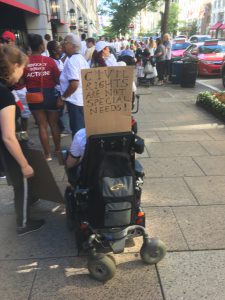 As inequality and structural unemployment threaten to grow, policy makers should learn from the problems of the existing social safety net. As both a disabled person and a disability-rights organizer, I have seen the human costs of its failures and inefficiencies firsthand—but I have also seen the power that ordinary people can have to change the system when they assert their rights to a decent standard of living. The experiences of disabled people can teach America the vital importance of abandoning the status quo and re-envisioning how the nation provides for the needs of all.

America’s social safety net programs for people with disabilities have several major problems that programs of the future should avoid. Supplemental Security Income (SSI) is the primary program supporting Americans with disabilities. SSI provides cash benefits that are both meager and have a “cliff phase-out.” Individuals with verified disabilities and no substantial employment history can receive up to $735 per month. However, these funds are cut off completely if they earn more than $1,180 in any given month, or accumulate more than $2,000 in assets. Recipients are discouraged from saving money to guard against misfortune, and even a momentary windfall can actually leave a recipient worse off.

This problem is exacerbated because Medicaid is essentially the only insurer, public or private, that covers key benefits on which many disabled individuals depend. Before the Affordable Care Act (ACA)’s Medicaid expansion, being on SSI was the only option for many disabled adults to receive health coverage through Medicaid. As a result, many disabled people were forced to remain poor and reliant on cash benefits indefinitely to keep their health care. The passage of the ACA demonstrated just how large this effect is. In states that expanded Medicaid, the workforce participation of disabled people jumped more than 8 percentage points as individuals who were willing and able to work were finally allowed to do so.[v] 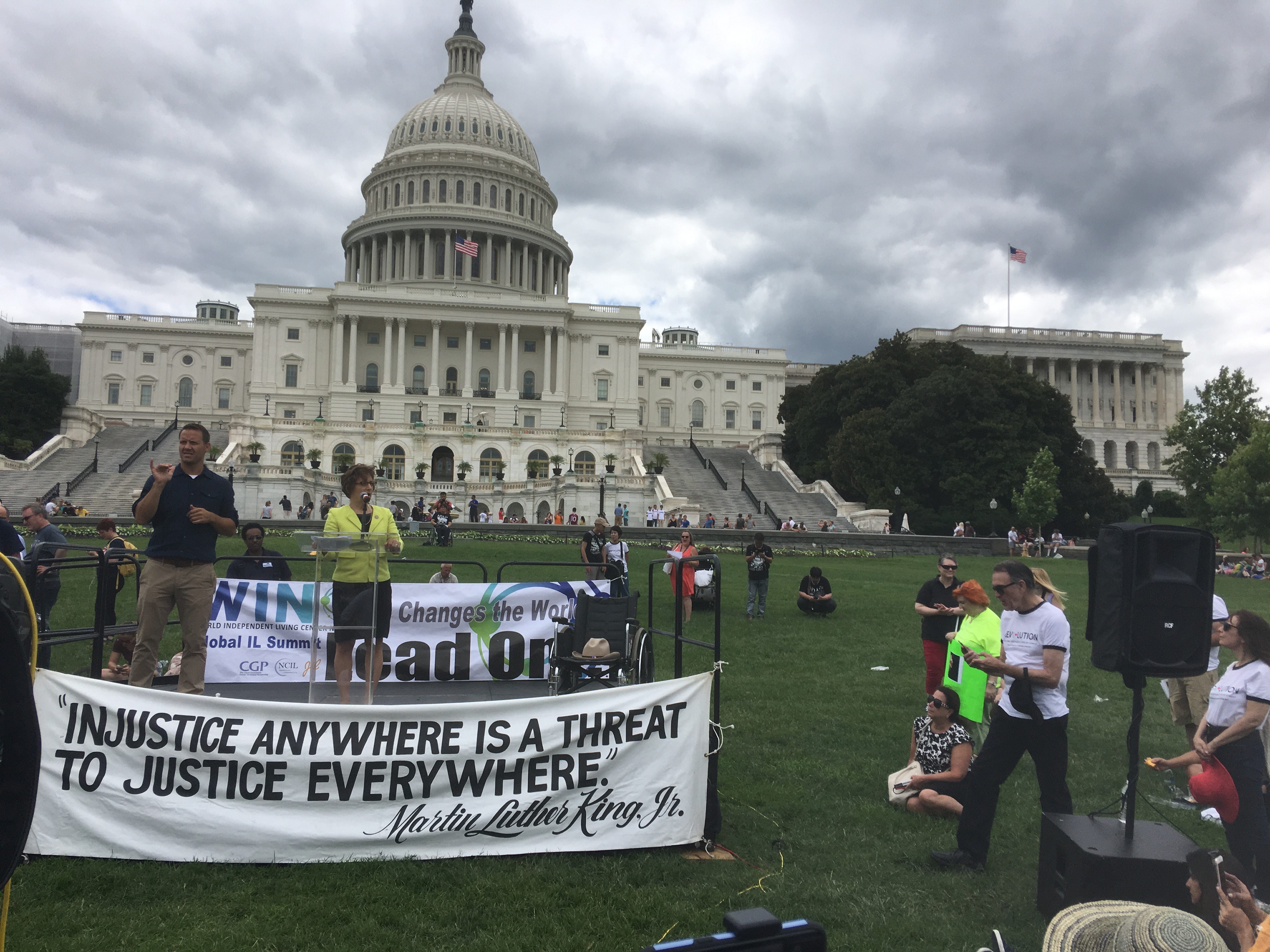 Aside from the policy specifics, there is also an ideological problem that the safety net of the future must address. Existing programs assume, in their very definitions of disability, that disabled people are biologically incapable of work.[vi] Instead of thinking creatively about ways to address the serious structural factors that contribute to high disability unemployment—like pervasive discrimination in hiring and firing[vii]—our policies give up on an entire segment of the population and assume they will always be poor. This problem is in no way limited to disability. Just look to the myth of the “welfare queen” to see the effect that this kind of stereotype can have on policy.[viii] If policy makers assume that biology or culture is keeping a specific population poor, they will be much less likely to build policy structures in ways that enable them to escape poverty. Therefore, if unemployment substantially increases, we must beware of easy explanations that fault individuals and let our government off the hook. 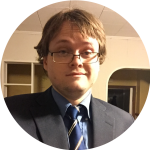 Colin Killick is the Deputy Director of Disability Policy Consortium, a statewide disability advocacy and research organization based in Malden, MA. He is a 2018 graduate of the John F. Kennedy School of Government at Harvard University, where he founded the student Disability Justice Caucus. He is also a political strategy consultant for Disability Action for America, the nation’s only disability-rights-focused Political Action Committee.