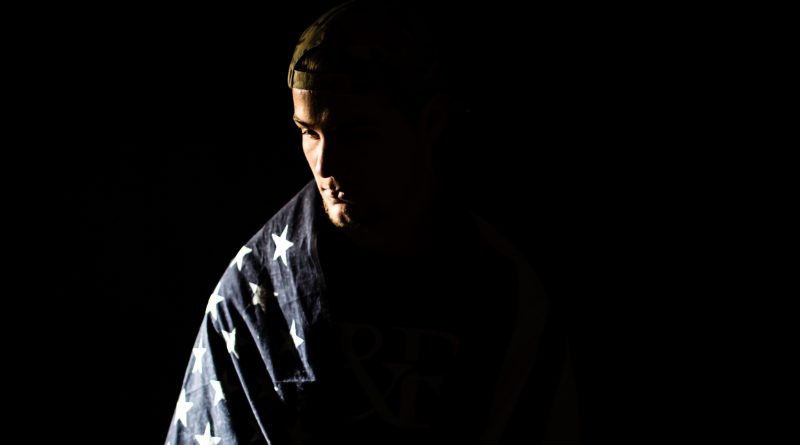 In 2006, I was an enlisted US Marine deployed to Iraq. My closest friends were my fireteam – four of us who watched each other’s backs:

I always told them: “if someone has to die, let it be me,” and they often said the same to me. We had developed a bond that made us willing to die for each other. But I truly meant it, because I felt that I had less to lose. I had no one waiting for me back home. I didn’t want two Marines, dressed in their formal uniforms, to knock on their families’ doors. I would rather die than for that to happen.

When Ryan was killed in April of 2006 during an ambush on our team, it forced us all to come to terms with our own mortality. If our best and most experienced warfighter was killed, then how vulnerable were we? I blamed myself for his death and I always believed that I should have been the one to go.

By August of 2006, the war had intensified. We were engaged in what is now known as The Second Battle of Ramadi, which was marked by some of the most intense urban combat since WWII. At this point, we had witnessed so much carnage during our deployment that it was taking an emotional toll on all of us. We were frequently caught in near-death situations that forced us to fight combatants up-close – the first time I had to take a life was in hand-to-hand combat. Throughout my service, I was blown up twice and shot twice. I sustained severe brain damage and had difficulty with my short-term memory. Butters took it especially hard when we saw dead children, as it would remind him of his own newborn at home.

Then, a few days into the conflict, Joe was killed when we were ambushed by sniper fire. I tried to stop his bleeding even though he was mortally wounded. His last words were, “I just want to see my kids one more time.” Butters took Joe’s death especially hard and stopped speaking for a long time.

My experiences in the military are highly uncommon in the civilian world but they are not uncommon within military units that specialize in combat operations. Even less uncommon is the experience of alienation that I felt upon returning to civilian life.

In part, this confusion comes from the variety of terms and phrases that are used to describe military service, such as: branch of service, officer, enlisted, reservist, active duty, MOS, and more. For civilians, these labels may seem like unimportant details, but for those who have served, the distinctions are akin to the differences between a CEO and a part-time janitor. Specifically, while enlisted personnel typically join the military directly after high school, officers must complete a four-year degree before joining and they ultimately hold command over the enlisted. This differentiating factor produces very divergent outcomes for these two groups of people – both during and after service.

Since most civilian companies hire individuals based on administrative experience and educational background, officers who leave the military have a degree that places them in a substantially more advantageous position than enlisted personnel. Military personnel with combat jobs, on the other hand, face the significant barrier of translating their job skills into civilian-valued skillsets. Consider two people with the following credentials:

Given the differences between these sets of skills and educational backgrounds, many employers are likely to choose the officer over the enlisted member. Yet this creates an unfair hierarchy: when people wish to ‘hire veterans’ or ‘bring a military perspective’ they might as well just say ‘we hire officers’ or ‘we only wish to hear the perspective of officers’. Enlisted personnel make up 83% of the entire US military. Thus to only acquire the perspective of the remaining 17% who are officers, is to marginalize the voices of enlisted combat veterans. This group often remains unheard although they need the most help re-adjusting to the civilian world. I know this, because I faced this struggle when I returned to civilian life.

After I left the military in 2008, I tried to forget everything that had happened. I wanted to erase moments from my mind that continually haunted me. I thought that I could just go back home to the SF Bay area, link up with my childhood friends, and slip back into an old reality. I was wrong; I had come back changed. I felt isolated because I could no longer relate to my friends. Our experiences had shaped our worldviews in wildly different ways. When I left the military, I had lost my community and my sense of purpose in the world. I was no longer part of that tribe.

But the most difficult part of re-integrating back into society was finding a job that appreciated my experiences. I encountered an enormous amount of difficulty attempting to find employment where I could build skills that were useful outside of the military. On the verge of homelessness, I took multiple minimum wage jobs – one of which consisted of cleaning electrical switchgear in sewer systems. I attended school at night after I got off of work, smelling like garbage and human waste. It was difficult watching my peers who did not join the military succeed in life, when they had partied their way through community college while I was fighting to stay alive in combat. I felt that all of my sacrifices translated me into a second-class citizen.

Eventually the isolation and humiliation of feeling undervalued and like a burden in society led to my attempted suicide and subsequently, my hospitalization in a mental institution. Following my recovery, I tried to reach out to Butters to check in on him for the first time. I then received news from his wife that he had committed suicide a few months back.

My experiences – and Butters’ experience – are not unique. Many of us struggle to get by and feel forgotten and abandoned. Our experiences do not necessarily create mental illness, but they do make us feel incompatible with civilian society. It is important for civilians to understand that veterans are not necessarily ‘broken’ people, which is frequently how this issue is framed. Instead of perpetuating that narrative – which only serves to exacerbate combat veterans’ sense of isolation – we must shift the discussion towards best practices for reintegrating veterans into society. In doing so, we will not only honor those who have served, but we will also begin to reduce the Civ-Mil Divide. 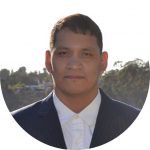 Anthony Dang is a US Marine Corps enlisted combat wounded veteran who recently graduated from the Harvard Kennedy School with a Master in Public Administration. He is a contributor to and co-founder of multiple veteran non-profit organizations that aid combat veterans transitioning back into civilian life.

Photo by Zack Marshall on Unsplash