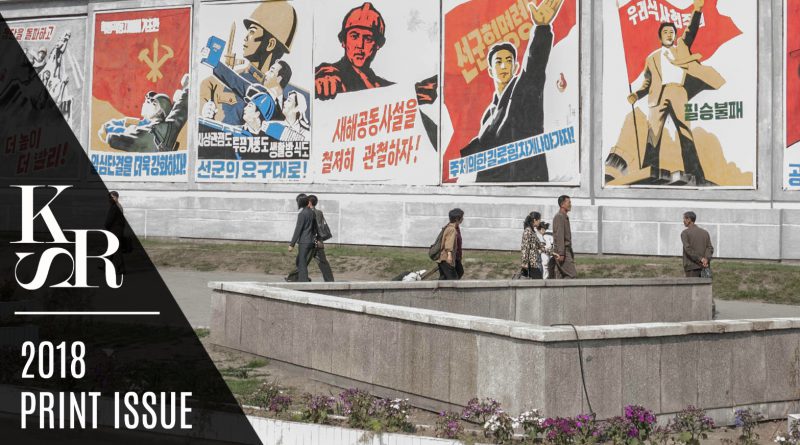 BY JENIE SON AND ANDREW HONG

When Americans think of North Korea, they tend to focus on the country’s dictatorial leader and the threat of nuclear war as Kim Jong Un squares off with Donald Trump. It can be easy to forget that there are ordinary people living there, continuously suffering under the most repressive regime in the modern world. More than 200 of these ordinary people have defected to the United States, and their experience offers us insights that go well beyond the headlines.

One of these defectors agreed to be interviewed by the Kennedy School Review. Grace Jo, 26, works as a certified dental assistant and radiology technician at a clinic in Rockville, Maryland. She first escaped from North Korea to China in 1998 and finally resettled in the United States in 2008. This interview, originally conducted in Korean, has been translated to English and edited for length and clarity.[1]

KSR: Why did you escape from North Korea?

JO: In the mid-1990s, there was a devastating famine in North Korea called the “Arduous March.” Millions of people starved to death mainly due to the failure of the public rationing system. My two younger brothers died from starvation, and my father, who went to China in search of food for my family, was caught and tortured to death by North Korean security agents.

My mother realized that the rest of my family had nothing to expect but death if we stayed in North Korea. In 1998, we escaped to China but were caught by the Chinese government and were deported back to North Korea. We escaped two more times afterward and finally settled down in China in our third attempt.

What happened in North Korea after you were repatriated?

We were deported back to North Korea by bus and were investigated by the State Political Security Department (SPSD) for several months. The interviewers are well trained in interpreting psychology and emotions of people by their verbal and non-verbal cues. Through numerous interviews and torture, they determine whether you should go to the labor camp or the political prisoners’ camp.

For example, if you are caught just living in China, you would go to the labor camp, where you work in factories or farms for several months. However, if you are caught trying to get into South Korea or exchanging information with foreigners, you would be sent to a political prisoners’ camp, where the chances of getting out alive are only 2 percent. Due to all kinds of torture and malnutrition, even people who manage to use bribes to leave prison are usually not in a normal mental state.

In my case, I was “luckily” sent to labor camp both times I was repatriated. One notable thing was that we, the laborers, were given food from rice bags labeled “UN.” It struck me in the camp that there had been a lot of humanitarian aid from outside intended for ordinary North Korean citizens’ use, which we never got to see in our daily lives.

Did you or any of your family experience torture during these repatriations?

Of course. I was only 12 when I was first repatriated, so I just faced interviews and slaps in the face. However, my mother and my older sister were beaten up much more harshly; my mother had one of her eardrums torn, one of her ribs cracked, and one of her eyes swollen so much that it permanently deteriorated her eyesight.

The second time, I was 14. I was taller than my peers then, and the security agents beat me more because they thought I was lying about my age. They did not have proper system to record births like in the United States or South Korea.

What had been your image of the United States and South Korea back in North Korea?

The government has always emphasized that North Korea is the only paradise on Earth and that South Korea is a poor country full of beggars. Because the North Korean government is very meticulous in brainwashing its people from childhood, I would say it takes at least three to five years for defectors to change their mentality, if they ever actually manage to.

What made your family look past what you had been taught about the outside world to think that escaping could be a good idea?

Despite all the propaganda, people react to the simplest fact: that the government does not give them anything in the end. The government claims that North Korea is the best country in the world, but in reality, we are starving, and families are dying all around us. Human beings have the basic instinct to survive and therefore are eventually lured more by food and money rather than enforcement measures to believe something that is not true. That is why my parents, who used to be some of the most loyal citizens in North Korea, ended up changing their minds about the government.

In particular, inflow of information through media like movies and TV shows from South Korea and Western countries including the US is playing a big role in disillusioning the North Korean people. Such media show a different reality of the outside world from what people are told by the North Korean government. In the 1990s, people left North Korea in order to survive the famine, like I did, but now, more of them escape because they are disillusioned by the government.

What made you choose to come to the United States?

When I was living in China, American pastors told my familyhat the United States was a country of freedom of choice, which attracted us. After President George W. Bush signed North Korean Human Rights Act in 2004 and claimed that he would officially accept refugees to the United States, my mother decided to change our destination from South Korea to the United States.

We were lucky enough to come directly to the United States from China with the help of UNHCR in 2008, which is a very rare case. From what I heard, the Chinese government rushed to send out refugees before the Beijing Olympics started, so our process was expedited. However, normally North Korean refugees have to go to the third countries, like Thailand or Laos, and wait there for several years before being accepted in the United States.

Was the United States really a country of freedom when you arrived?

It was not the kind of freedom that birds in the sky have, of course. There were so many decisions to make about living and constraints that followed those decisions, which was quite difficult for me to handle at first. However, I think the most significant difference is that, here, you are given according to how much you work. It is definitely not the case in North Korea, where the government never distributed fairly according to your labor and took away most of your earnings for government maintenance.

Are you satisfied with the current refugee aid program in the United States?

Currently, we are provided $200 worth of food stamps and $250 in cash for up to eight months after arrival. With that, we have to cover all the living expenses, including rent, which far exceeds what we receive. It is easier for young people to adapt to new culture and language, but for older people, it is not so easy. As for me, I spent nine months in ENoK’s Empower House, which provided me with housing and food and, through its volunteers, helped me improve my English and finish the equivalent of American high school to go on to start college.

People like Ms. Jo are living histories of this silenced nation. And she says it is important for people to remember that the North Korean government is not only threatening the world with its nuclear power but also the lives of its own people every day. Ms. Jo believes that today, many North Koreans would choose to die striving for change rather than continuing to live under this oppressive regime. 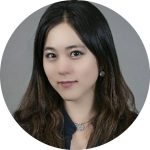 Jenie Son is a first-year master in public policy student at the John F. Kennedy School of Government at Harvard University. Before pursuing her master’s degree, she worked at the Ministry of Foreign Affairs in South Korea. 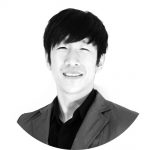 Andrew Hong is a second-year master in public policy student at the John F. Kennedy School of Government at Harvard University. He has been working in North Korean refugee resettlement since before coming to Harvard and plans to continue doing so after graduation.

Grace Jo and her family fled North Korea three times beginning in 1998, finally resettling in the United States in 2008. Grace now lives in Rockville, Maryland, and works as a certified dental assistant and radiology technician.

[1] The authors conducted two interviews with Grace Jo on 15 December 2017 via Skype and on 27 January 2018 in person at the John F. Kennedy School of Government at Harvard University.