Home > Articles > We Need a Meatless Future. Our Governments Need to Get Us There. 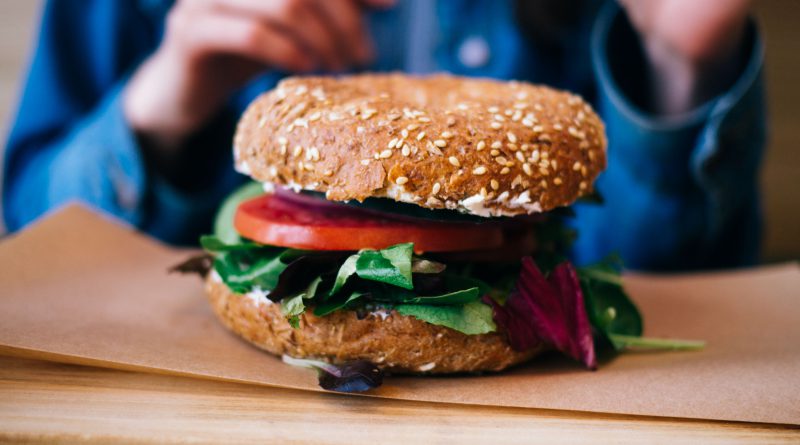 With only 25 minutes to grab lunch, I walked to Clover, a Boston-area vegetarian chain. The menu includes all the top hits of the veggie scene, but something out of the ordinary caught my eyes: Impossible Meatballs. I was curious. I took my chances and bit into my first-ever meatless meatball sandwich. I was surprised. The sandwich wasn’t just a mix of vegetables served like a quarter-pounder. Taking the first bite was like discovering something new.

The meat industry must change. If it doesn’t, we risk consuming limited land resources, speeding climate change, and increasing health risks. Governments: wake up and smell the methane. You must get involved, and there is not a moment to lose.

Billions of livestock and poultry are raised and slaughtered around the world every year to cater to the world’s growing population. In 2016, roughly 150 million animals — cattle, pigs, poultry — were raised and slaughtered in the United States alone. Meanwhile, the demand for meat continues to grow. The Organization for Economic Cooperation and Development estimates that between from 2011 to 2020, the demand for meat will increase by 8% in North America, 7% percent in Europe, and 56% in Asia.

Livestock is the world’s largest consumer of land resources. It is not just meadows but also animal quarantines and acres needed to grow the plants our food eats. Making matters worse, a major byproduct of raising livestock is the discharge of methane gas. Cows, pigs, and poultry produce 18% of the world’s methane pollution.

Meat also is associated with health risks from dangerous bacteria, growth hormones, and antibiotics. The European Commission reports that hormones may have developmental, neurobiological, and carcinogenic effects on humans. In addition, the use of antibiotics in raising animals contributes to antibiotic-resistant bacteria.

Startups are facing the meat challenge of the 21st century. Companies such as Beyond Meat and Impossible Food are developing new ways to engineer plant-based food. The veggie 2.0 industry employs scientists and food technicians to come up with ideas like making a beet patty sizzle like a porterhouse steak. My meatless Clover sandwich is a mixture of vegetable proteins, parmesan cheese, and heme — an iron-containing molecule in the blood that carries oxygen and makes the meat look pink.

Tackling the problem from a different angle, the high-tech cultured meat industry is using labs to grow steaks, burgers, and meatballs in petri dishes using muscle stem cells (cells which are responsible for cell regeneration after injuries). Harvesting these cells from cows’ shoulders isn’t painful for the animals, and they take three months to grow into a steak, much faster than raising a cow.

Lab-grown cultured, meat has the additional benefit of allowing scientists to control unhealthy ingredients, such as replacing saturated fats with omega-3 fats. Thus, investing in development of cultured meat will potentially reduce health spending due to heart disease and stroke.

But lab-grown meats are not perfect. A 2015 report by the International Agency for Research on Cancer classified red meats as “probably carcinogenic to humans”. Heme, for example, found almost exclusively in meat — including my Impossible meatball sandwich —is tied to DNA damage. Nitrites and nitrates, which are preservatives used in processed meats like bacon, are also considered carcinogenic, as well as other compounds responsible for meaty flavors. Some of these substances can be easily reduced in cultured meats, but some are more difficult to discard, emphasizing the need for more research in this field.

As of today, cultured meat is still expensive: A single lab-grown meatball costs $18,000 per pound in early 2016, the same price as 1 pound of 24K gold. Despite the prohibitive cost, the benefits of cultured and meatless meats are considerable. The environment benefits from ending farm-raised animals and improving our health by eliminating dangerous bacteria and growth hormones.

As the world gets more crowded, the demand for meat is increasing fast. Finding a sizzling solution had become a global race. On one side, the vegetarian sprinter is slicing and dicing a trendy algorithm of beets, coconuts, and enzymes. Next to it, the biogenetic racer is ready and set to experiment with petri dishes of muscle tissue, producing a $300,000 steak.

It will be hard to overcome the obstacles into perfecting these technologies without governmental assistance. Although the high costs may someday decrease, governments need to take part in this growing new industry and make sure it is widely commercialized. Governments have all the tools to create a more meat-utopian world using both the carrot and the stick. They could assist the cultured and meatless meat industries by funding research and development and providing tax breaks. As well, countries should form national meatless benchmarks to decrease meat consumption by double figures every couple of years until a point that human beings no longer consume animals. To do so, they could educate the public about healthier food consumption, place tariffs on meat and livestock, set stronger environmental regulations on the meat industry, and raise taxes on meat.

We deserve the healthier, moral option in our supermarkets and restaurants. As good as it was, my meatless meatball sandwich is not there yet. 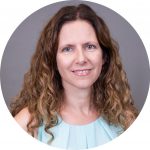 Tamar Shapira-Cohen is a 2018 mid-career Master in Public Administration graduate from the Harvard Kennedy School. Tamar also holds a Ph.D. in Life Sciences specializing in Molecular Genetics, and a law degree. For the past seven years, Tamar has been the director of the Genetics Laboratory of Maccabi Health Care Services, which is the largest genetic laboratory in Israel.

Photo by Matias Rengel on Unsplash