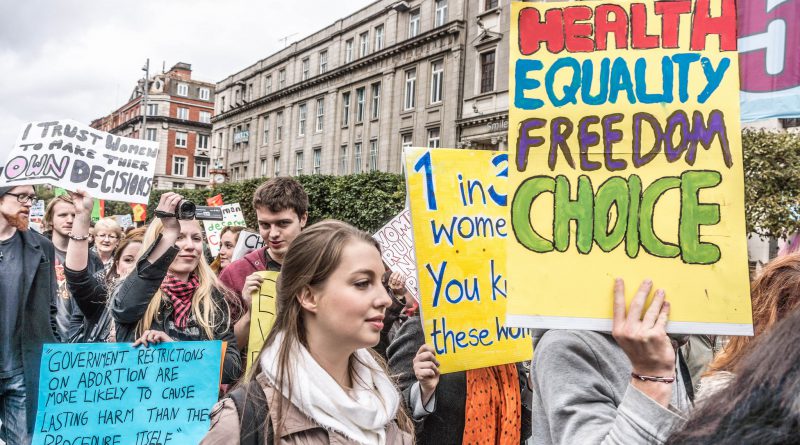 On Friday, May 25, 2018, the Republic of Ireland may be one of the first nations in history to legalize abortion by referendum. If the motion passes—recent polling has tightened to a very close race—Ireland will join much of the world over the last few decades in a trend toward relaxing abortion restrictions. But Ireland’s case is notable. Rather than legalize abortion via the courts, as in the United States, or via legislative action, as in much of Western Europe, Ireland might realize the same result by a popular vote.[1] Whether or not Friday’s repeal effort is successful, the shift in Ireland on abortion rights provides several important lessons for how the abortion debate and other culture war issues may develop in the United States.

It is perhaps surprising that legalizing abortion is even a possibility in Ireland; coming this close via popular vote demonstrates a generational shift in a country that until very recently was largely opposed to abortion. The first and most significant referendum on abortion rights in Ireland was in 1983, when the Eighth Amendment to the Irish Constitution—giving equal value to the life of mother and fetus—passed with 67 percent of the popular vote. This amendment essentially confirmed a criminal penalty for abortion that had been in Irish statute since 1861 and ensured that any exceptions could only be granted if a mother’s life was in danger, pushing women to seek abortions overseas in Britain or Europe. It was only in 2013, after dentist Savita Halappanavar died of a septic miscarriage in Galway, that Ireland’s Parliament finally passed a bill that opened up allowances for abortion in more cases in which the mother’s health was at risk. The status quo remains the most restrictive policy of any nation in Europe, putting Ireland in the company of parts of Latin America, Sub Saharan Africa, and Southeast Asia.

In comparison, polling in the United States has found a much smaller shift in attitudes toward abortion over the last several decades. Close to 20 percent of respondents believed that abortion should be illegal in all circumstances in 1975, with 21 supporting access under all circumstances and 54 supporting access under some circumstances. In 2017, those in favor of a total ban had fallen to 18 percent, with total access rising to 29 percent and support under some circumstances falling to 50 percent. America’s abortion debate, like many of the fronts in the culture wars, appears to be a story of entrenchment and increasing polarization—but Ireland’s experience suggests that change is possible.

No matter the result of Friday’s vote, the story of Ireland’s referendum contains four takeaways for current debates in America around abortion and other fronts in the culture wars, concerning democracy and women’s empowerment, articulations of issues that reflect underlying identity politics, national institutions’ fading influence, and information technology and social media’s complex roles in elections.

First, women across the world are demanding and taking political power, creating a global intensification in women’s issue advocacy. In current and coming American election cycles, female candidates and activists will likely be at the forefront of framing and deciding our biggest challenges. Despite pushback from conservative governments and parties, the abortion referendum in Ireland is just one example of global increased political participation by women. Argentina, Chile, and Bolivia have seen female activism push abortion laws to the left. Notoriously restrictive El Salvador, where women face decades in prison for having abortions, is in the midst of a campaign that could lift the nation’s total ban, largely driven by women. Involving women in the political conversation elevates the issues that affect them, making change possible.

This has key lessons for the United States, which has also seen a recent increase in women’s political participation. This year, at least 494 women are running for the U.S. Congress, up nearly 60 percent from the 2016 election cycle. In primaries across the United States in early May 2018, women won 11 of 16 open, contested Democratic races. This shift represents far more than a response to the 2016 election: sharply higher female participation and leadership in national politics can radically move the needle on issues central to women that have been traditionally decided by men.

Second, the landscape of the abortion debate has shifted to a conversation between women about women’s issues; men are increasingly less central to discussions about women’s bodies. An argument in Ireland that was previously articulated by male politicians and religious institutions in Ireland has shifted to a debate of “women against women with men on both sides.” Both sides of the Irish referendum debate have a female public face: women are leading marches and holding rallies against repeal in farm country; women are holding public meetings and canvassing door-to-door in urban areas in favor of repeal. The most prolific and popular social media on both sides of the online debate highlight women’s voices and perspectives.[2]

Women’s leadership in the Ireland referendum debate has parallels to the Women’s March in the United States and #MeToo activism: women are no longer waiting for traditional politics to rectify injustices, and are taking charge to frame, articulate, and prosecute the issues that matter to them. As women gain a more equal and substantive role in political debate, their articulation of gender-based issues will increasingly take a central role.

Third, traditional centers of community power and moral guidance have lost sway over the electorate; voters are using local experience and social networks rather than a trusted intermediary to guide decisions. No institution is associated more with the public image of Ireland than the Roman Catholic Church. But despite a few bishops and priests using their position to influence the referendum vote, the Church has largely stayed out of the current debate. As one Central Dublin priest explained, the “Church has a chastened position in Irish society,” due to several sexual abuse scandals, even though 78.3 percent of Irish citizens still identified as Catholic in 2016. This case in Ireland demonstrates that institutions which once led public opinion are rapidly losing their ability to propose and maintain moral codes, not least because of corruption and abuse scandals

This same pattern holds true in the United States, where public trust in many major institutions has fallen steadily over the last several decades. In America, people expressing a great deal or quite a lot of confidence in Congress has fallen to 12 percent in 2017 from 42 percent in 1973. Confidence in the presidency has fallen to 32 percent from 52 percent in 1975. The collapse of trust in institutions has helped to drive more partisanship as Americans feel increasingly comfortable and safe in their own “bubbles,” and raised the difficulty of making good-faith overtures to people with a shared interest. American political parties urgently need to begin healing the trust deficit in institutions, and can draw lessons from Ireland: for example, the Association of Catholic Priests in Ireland called for an end to pulpit politicking during the referendum campaign in hopes of building the credibility of the Church. American institutions need to implement similar trust-building measures, and political parties need to align themselves with organizations and networks that have taken their place as arbiters of public opinion.

Fourth, the world is still nowhere close to understanding how to regulate social media around contentious issues and elections—but blanket bans and censorship are unlikely to block social media manipulation. In the final months of the Ireland referendum campaign, both sides intensified the scale and punch of their approach, particularly through digital platforms like Facebook, Google, and Twitter. During the last several months, evidence of foreign ad buyers blitzing Irish social media emerged. While the pro-repeal side of the debate has a clear advantage in Twitter followers and other high-level engagement metrics, Irish activists began to document enormous ad spending on the anti-repeal side through Facebook and YouTube. New accounts with only a handful of subscribers were racking up millions of views—usually a clear sign of heavy ad purchasing.[3]  In the aftermath of criticism of their impact on the 2016 elections in the United States, large platforms have been much more careful about how they approach debate. Facebook responded by banning all ads related to the referendum which were not purchased in Ireland—and Google banned all ads related to the referendum. Critics slammed the bans as a blatant attempt to help the movement for repeal by stifling conservative Irish voices. However, an investigation by the Transparent Referendum Initiative found that virtually all the online ad spending was anti-repeal and centered in the United States, Britain, and Canada. Just as in the United States, online ads in this campaign have been accused of spreading fake news, fear-mongering, and intimidation. But an early look at the impact of Facebook’s ban shows that many foreign ads are still sneaking through—and bans can only address targeted advertising, not the stories that people share and write of their own accord.

As American political campaigns gear up for what will surely be a contentious online battle for control in 2018 and 2020, they need to be much more aggressive in identifying and rooting out false targeted advertisements. More importantly, they need to empower volunteers and supportive voters online to share not only accurate information, but the concrete and human reasons why they support that candidate’s agenda.

Ireland’s national shift toward relaxing abortion restrictions is the result of many complex and intertwined narratives but can still provide lessons for creating political shift on contentious social issues in America. It shows that even the most entrenched political positions can be movable, given the right set of factors. It shows that women’s participation and leadership in politics is not merely a movement in gender quotas—it has real and substantial impacts on the kinds of issues discussed and how they are addressed. But it also shows that when it comes to trust in institutions and the role of digital tools in participatory democracy, we still have work to do and many lessons to learn before we can be confident that American campaigns and politics truly reflect the interests and values of the people.

[1] Ireland was also the first nation to remove restrictions to same-sex marriage via popular vote, in 2015.

[2] See for example: Life Institute (@lifeinstitute) and LoveBoth (@loveboth8), both of which share anti-repeal stories from women; Together for Yes (@Together4yes) and RepealEight (@repealeight) regularly share video testimonials from women in favor of repeal.

[3] For example, one YouTube channel called ‘Protect the 8th’ still had only 19 total subscribers as of May 20, 2018—despite the fact that its videos collected nearly 100,000 views in a single day and close to 800,000 over several weeks (https://www.youtube.com/channel/UCZTDo9SvaHogEMiOJBvzgBA).

Ben McGuire is a 2019 candidate for a Master’s in Public Policy from the Kennedy School and a former researcher, organizer, and data analyst. He has participated in many political campaigns as a volunteer, ran a field office in a 2012 Senate election, and worked in the Analytics team in Secretary Clinton’s 2016 campaign.