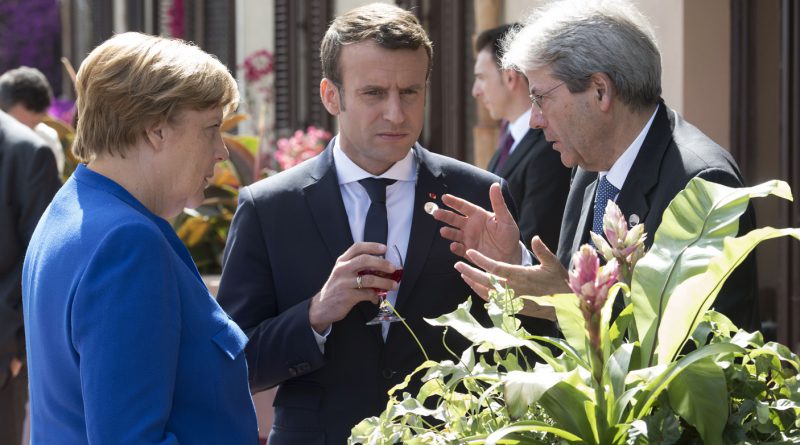 Imagine a young couple at a boring dancing party. While one tries to animate and initiate the dancing, the other remains seated, complaining, finding excuses. Suddenly, the party ends, and both go home – frustrated.

Reforming the European Union (EU) might be less appealing than a dance party. However, the current political dynamics in the EU are about the same. Macron’s France makes every effort to keep the EU animated. And it’s Germany’s conservatives who spoil the party.

Since UK’s Brexit vote, the EU has experienced turbulent times. One of the most frequently cited political statements these days is that the EU needs to reform its institutions. From Lisbon to Budapest, the argument is always the same: To survive in the long-run, the EU must become quicker, more flexible, and more transparent to meet people’s needs and to prevent the further rise of far-rightwing political parties that aim to abolish the EU altogether. “More of the same” cannot be an option.

Europe’s capitals started to feel the threat of far-right wing parties and the need for reform even before Brexit. However, little could be done to reform EU institutions until last year when the two most powerful countries in Europe held general elections: France in May and Germany in September 2017. In both cases, the ascent of far-right wing parties was contained, and both countries’ winning parties ran on a pro-EU campaign. Yet, the outcomes in these two countries for reforming the EU could not be more different.

With France’s Macron, Europe finally won a charismatic politician who is willing to throw his full political capital behind the enigma that is the EU. He proposes reform in a variety of fields to push Europe’s economic and political integration, such as a common Eurozone budget, a common finance minister on the level of the Eurozone, the creation of a European Monetary Fund, and a common intervention force and defense doctrine.[1]

France’s leadership appears to bubble over with ideas of how to reform EU institutions. Yet Berlin remains silent. Although Germany’s conservative party (CDU) under Angela Merkel won the elections yet another time, the German government keeps Macron waiting. Until recently, Berlin cited the protracted formation of a government as the reason why the government couldn’t respond to Macron’s proposals.

However, that’s only a part of the truth. The German government could have long assumed a much more active leadership role in elaborating a reform strategy. The coalition contract of the new German government between the Conservative Party (CDU) and the Social Democrats (SPD) is inspired by former SPD head and President of the European Parliament Martin Schulz. The contract starts with a vocal appreciation of the EU, sounds like a European manifesto and is even titled “A New Departure for Europe.”[2] The coalition contract presents the spirit and impetus required to let Germany assume a much more leading and progressive role in reforming EU institutions than in the past. By comparison, Europe played a much less prominent role in the old coalition contract between the same parties back in 2013: the chapter on Europe started on page 156 and sounded like an administrative regulation.[3]

But as soon as Martin Schulz resigned in February, the vigor for reforming the EU disappeared as quickly as it was introduced into Germany’s political priority list. The conservatives are afraid of any concessions by Merkel to Macron’s ideas, allegedly risking the diversion of Germany taxpayer money into the inefficient abyss of European institutions. Thus, Merkel does what she does best: remain vague and wait. While Macron defends ideas for economic and political integration, the German government discusses the allocation of domestic committees. No ideas, no vision, no progress. That’s what makes the difference. It’s tragic.

Indeed, many if not most European countries oppose Macron’s ideas and there are good reasons to scrutinize them. Especially in northern European countries, there is little political will to relinquish more control over federal funds to European institutions. Macron knows that. But leading the debate with a clear pro-integration, pro-EU message is better than risking the debate be captured by anti-EU populists.

In a recent meeting, Macron and Merkel finally agreed on setting up working groups to elaborate joint reform proposals “until the summer.”[4] The pace of the process reflects what EU sceptics so often criticize. Should they manage to create a joint reform program by, say, September, this would only be one and a half years after Macron’s election; only 11 months after Macron’s Sorbonne speech; only to start the process of persuading 25 other European nations and to initiate a formal legal process that could take years to be finalized. For too many European citizens, such a pace of change despite great promises means “more of the same.” Europe’s leaders should not be surprised about low turnout rates and a further rise in far-right-wing vote shares in the European parliamentary elections next year.

Europe has the chance to seize a window of opportunity for change – not only to explain the EU better but to make it better. By playing the waiting game over narrow domestic concerns, Germany’s conservatives risk letting the window close by getting lost in the details of the technocratic daily business that got the EU into its dilapidated state of affairs in the first place. Germany, economically and politically the most powerful nation in the EU, needs to offer more than administration. Germany needs to lead with a positive agenda to reform the EU. Otherwise, it threatens Europe’s future. 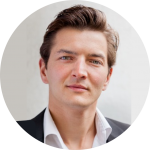 Mounir Mahmalat is a Ph.D. candidate in economics at Dublin City University, Ireland, and Fellow at Harvard Department of Government and Issam Fares Institute for Public Policy and International Affairs, American University of Beirut. His scholarship focuses on the political economy of crises, specifically in the Middle East and Lebanon. He consults for UN ESCWA and the Lebanese Center for Policy Studies. He holds a Masters in International Management and two Bachelor degrees in Engineering and Music Performance.