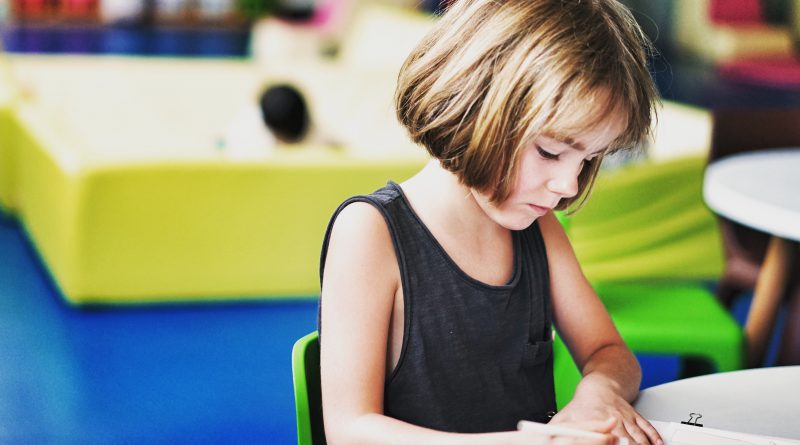 In Harris County, Texas, the third largest county in the nation and home to Houston, the “education gap” is something that tens of thousands of families struggle with daily. One-in-five children in Texas is born in Harris County, and nearly 35 percent of them live below the federal poverty line. Low-income students are less likely to read at the expected level. This, in turn, leads to lower graduation rates and a higher incarceration rate for these children than for students who are not economically disadvantaged.

I know, personally, what a difference education makes. The public schools I attended were well-resourced, and I was fortunate that my parents had the means to place me in programs, starting in bilingual pre-kindergarten, that prepared me to excel in school, even as an immigrant. Incredible public school teachers throughout the Houston area encouraged me to apply to the best universities in the country, and eagerly offered to write recommendation letters. I will never forget the days I was accepted to Stanford University, and then to the Harvard Kennedy School – two moments which would not have been possible without my earlier education opportunities.

Unfortunately, I am the exception, not the rule. We must do more to make early-childhood education available to all.

The care and teaching we offer children in their earliest years is perhaps the most important they will ever receive. From birth to six years old, children’s surroundings serve to either encourage or hinder their development – from impulse control, to sharing, listening, leadership skills, the ability to interpret information – skills that are crucial to later success are formed in the early years.

In order to bridge the early childhood education gap in Harris County:

We must fight for equity in access to early childhood education. Harris County must work to replicate effective programs, like the approach used in the famous Perry Preschool Project in Ypsilanti, MI, which cost relatively little and more than pay for themselves. We know that community members support these types of interventions. In 2013, tens of thousands of registered voters in Harris County signed onto an initiative to put one cent per $100 of home value toward early childhood education. Those signatures required the County Judge (a misleading title for the executive of Harris County) to put the proposed initiative on the ballot for an up-or-down vote by the community. The current County Judge refused to put the initiative on the ballot for approval and has not taken action on the matter since. The County leadership must put that initiative on the ballot or, at the very least, fund a pilot program either with grant funding or through the Harris County Department of Education and later put the replication of a successful pilot on the ballot. This same model was successful in St. Paul, Minnesota, where the government eventually received grant and federal funding to refine and replicate an incredibly cost-effective local program. There is no reason it will not see the same success in Harris County.

For example, a minimum wage family simply cannot afford a good full-day daycare or preschool program. Parents instead must find something else – perhaps a woman in the neighborhood who is taking care of too many children, or a day care facility with overlooked fire dangers, which can result in children’s deaths. This is an extreme example from Houston in 2011, but illustrative of the fact that the current childcare system is not safe, adequate, or affordable enough for many families. Only thirteen percent of Harris County childcare centers are accredited by the main state accrediting body, Texas Rising Star. Investing in early childhood education – at all levels –  is a matter of building our workforce: it saves funds on prison, education, special education and builds crucial soft skills. It is hard to find those types of returns from anything else.

We must lead the charge to restore Texas’s commitment to education. With a whopping 34 cities and eighteen school districts, Harris County should be a natural leader in ensuring our children are receiving a fair shot. We have to work with the leadership in Harris County – school districts, county government, business leadership, education leadership, and our Harris County legislative delegations – to urge the state to restore its contribution to education. Its share of the education burden has dropped from more than 50% to the mid 30s, and school districts have had to make that difference up, leading to an education crisis and a property tax crisis. The state of Texas is spending more than it used to, but it is spending less per student. That is no way to run public education in Texas. Republican leadership at the County has been unable to secure a true commitment from leaders at the state level. It’s time for change.

We must address disciplinary disparities among children. Harris County is the epicenter of the “cradle-to-prison” pipeline. Young students who are expelled or suspended are as much as ten times more likely to drop out of high school, experience academic failure, hold negative school attitudes, and face incarceration than those who are not. In Houston Independent School District, 70% of out-of-school suspensions for Kindergarten through second grade were issued to African American boys. It is no coincidence that three times as many Hispanic children and seven times as many black children are found in the juvenile detention center than their white counterparts – a statistic we must fight to change.

Children are leading nationwide policy discussions, fearlessly broaching subjects adult leaders were too afraid to touch. Whatever our position on the causes they are championing, their bravery and talent underlines the fact that we have a crop of talented young people ready to take the reins of our country. Let’s make sure we are preparing every member of the younger generation to make us proud. 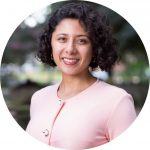 Lina Hidalgo is currently the Democratic nominee for Harris County Judge, an executive position that controls the budget for the third largest County in America, home to Houston. Lina was raised in an immigrant family and graduated from Stanford University the same year she became a U.S. citizen. While pursuing a Master’s in Public Policy at Harvard, Lina returned home to Houston and launched her campaign.

Photo by pan xiaozhen on Unsplash
This piece is a part of a series on Urban Equity.