Home > Articles > The Sound and the Fury: Armenia’s Awakening Symphony of Pots and Ladles 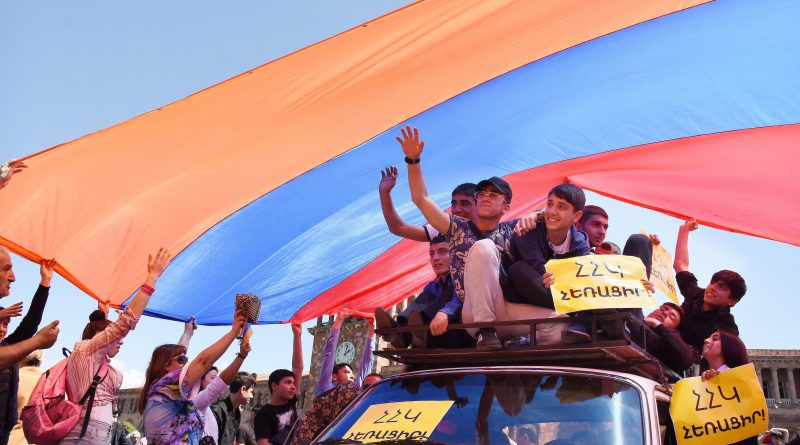 For over a century, April has been a moment of a deafening silence for Armenians. Every year, on April 24, Armenians around the world pause to commemorate the 1.5 million victims of the genocide perpetrated by the Ottoman Empire. This year, however, the silence was broken by the loud sounds of vuvuzelas and car honks as over 100,000 protesters assembled in Armenia’s capital, voiced their dissent against the ruling power, and demanded a new direction for their country.

The nonviolent protest movement, led by opposition leader Nikol Pashinyan, called on Armenians to reject Prime Minister Serzh Sargsyan. Sargsyan has been in power for over a decade, first as president for two terms, and then as prime minister after initiating a constitutional reform which transformed Armenia’s semi-presidential system into a parliamentary one.

A decade of Sargsyan and the Republican Party in power has brought little positive change for the average Armenian. As of 2016, a third of Armenians live below the poverty line. Many have left Armenia in search of a better life for their families. The country’s external debt has been mounting year by year, hitting all-time highs. This reality, combined with a rising threat of authoritarianism, created a massive wave of public outrage.

On the eve of April 22, thousands of Armenian citizens opened their windows and banged their pots and pans with ladles to herald the “last call” of the prime minister. On April 23, the day before the genocide commemoration, Sargsyan quietly resigned on his sixth day in office, admitting that the people are against his tenure. For a day, Yerevan rejoiced in celebration.

Sargsyan’s resignation, however, was not the ultimate goal of the protesters. Now they are pushing for leaders of the protest movement to be in power.

On May 1, Armenians gathered in Republic Square to watch a live broadcast of the parliamentary session in which Pashinyan, the only proposed candidate for prime minister, responded to parliamentarians’ questions for hours. Even though he garnered the support of all minority parties, Pashinyan lost the vote due to opposition from the majority-holding Republicans. On May 8, during the second vote, the parliament elected Pashinyan as the new prime minister, with 59 out of 101 MPs backing his candidacy, including some from the ruling party.

Some have compared this so-called “velvet revolution” with past revolutions in other post-Soviet republics. The explanation may be much simpler though: People began to see the signs of Armenia turning into an authoritarian state and fought to change its trajectory before it was too late. Instead of choosing migration or apathy, people took an active step to claim back their dignity, voice, and agency in their homeland.

This awakening reminds me of 1988, when as a five-year old girl, I sat on my father’s shoulders, imitating the gestures of the crowd and repeating the chant “mi-a-tsum” [unity]. At that time, I was confused about what was going on and why we came to the square instead of the park. What I remember was the feeling of being part of something bigger than me and my father. I felt one with the large crowd around me.

Fast forward 30 years. As I have watched the livestream of the mass protests unraveling in Yerevan – the largest in the history of Armenia – while sitting in the Kennedy School library in Cambridge, the images of parents protesting with their children reignited this long-forgotten feeling of unity. For the past few years, there has been no dearth of protest movements in Armenia—initiatives ranging from saving a public park to boycotting the pension reform and protesting against the price hikes for public transportation and electricity. Yet never before have any of them inspired so much optimism for the future, perhaps because the overwhelming majority of this movement’s participants are the youth. Unlike its predecessors, the “independence generation” is not afraid to challenge the thinking, the figures and the systems inherited from the Soviet era.

While we still need to see the full consequences of this protest movement, it has proven to skeptics that peaceful resistance can work. Regardless of what happens next, this movement will enter Armenia’s history as one that brought revolution in the minds of the people. This will also be remembered as the spring that gave April 24 a new meaning for Armenians around the world – one of rebirth and awakening of the nation.

This piece represents only the individual views of the author and not those of any organization that the author may be currently or has been previously affiliated with. 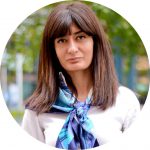 Varya Meruzhanyan is a Mid-Career MPA candidate at the Harvard Kennedy School of Government. She has worked with nonprofits and international organizations, most recently with the United Nations in Armenia.