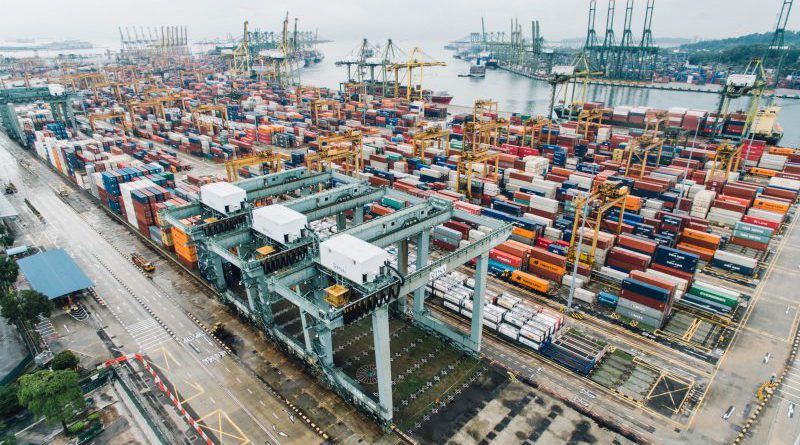 BY LAURA MERRYFIELD and PRANAV REDDY

Black Panther begins with T’Challa (Chadwick Boseman) grappling with the dilemma presented by his new role as king of Wakanda. His country is rich in vibranium, a valuable metal that has allowed Wakanda to develop advanced technology and quiet prosperity for its citizens. The previous king, T’Challa’s father, disguised Wakanda as a poor, third-world nation, fearing that others would attempt to manipulate and dominate Wakanda for this resource. Rising to the throne, should T’Challa perpetuate the same isolationist approach or look outward to the global community? It is a moral question that is ever more relevant today with trade policy at a crossroads.

Throughout the film, both nuanced supervillain Erik Killmonger (Michael B. Jordan) and heroic aid worker and spy Nakia (Lupita Nyong’o) question T’Challa. Nakia, informed by her time embedded abroad as a spy, advocates sharing the considerable wealth of Wakanda. Killmonger, a former black-ops soldier who carries the rage of a billion oppressed globally, seeks to use Wakandan technology to overthrow traditional hegemony. T’Challa hesitates to open borders or share resources, fearful that his citizens will lose the generations of prosperity and stability this form of governance has allowed.

The United States, like Wakanda, is questioning its trade future. President Trump’s “America First” philosophy is a drastic shift from decades of trade policy. With the United States’ exit from the Trans-Pacific Partnership (TPP), renegotiations of NAFTA, and Trump’s imposition of tariffs on steel and aluminum, America has been retreating toward an isolationist stance. Much of the US debate around trade focuses on how a proposed deal will impact our own economy. Will changes in trade policy lead to long-term U.S. growth?

Beyond economic arguments, however, we seldom consider our moral responsibility to the global community. Wealthier countries have the structural power to ensure that their trade agreements will benefit them, while poorer countries do not. Trade has been shown to be more expensive for poorer countries, and externalities in the environment and health are often borne by the Global South. Given that they reap the greatest share of its benefits, wealthy nations have a moral responsibility to address these effects.

Many cling to the status quo and advocate for protectionism in an effort to reestablish economic dominance globally. But the rules of the game have changed. We live in a global order that is interdependent, and this reality must be reflected in our trade policy. We can use our leverage to create equitable trade agreements that benefit less wealthy partners–even if it hurts us in the short-term in some instances. Instead of imposing tariffs to weaken other nations’ exports, the United States can ensure that trade pacts reflect each nation’s strengths and concern for our global constituencies. Like the five tribes of Wakanda uniting, strategically using our differences in global trade can make us greater than the sum of our parts.

By closing its borders to immigration and trade, Wakanda practiced the kind of protectionism “America First” advocates fantasize about, while absolving itself of responsibility to the global community. When a country holds this kind of wealth, as the US does, it’s their moral obligation to work towards global progress. When Nakia advocates for the expansion of Wakandan aid programs, or Killmonger acts to distribute weapons to oppressed communities, they act from their own views of justice and fairness. They also recognize the benefits that can come from having a greater voice in global governance, particularly as new, competing voices emerge. We must think of the beneficiaries of trade as not only those within our borders, but also those beyond them.

Of course, the United States is not Wakanda’s perfect parallel. Our country’s colonial past does not mirror that of Africa, Latin America, and South Asia. America’s economic development hinged on the exploitation of African slaves. Our economic strengths are spread out among many sectors and natural resources, while Wakanda’s wealth depends on state control of one resource that has bolstered the development of many sectors. Still, their dilemma as a resource-rich nation can inform the United States as it seeks to determine its obligations to other nations.

When we know what the world can gain from our fair participation, it is our responsibility to engage. In a mid-credits scene of Black Panther, T’Challa addresses the United Nations, reverses Wakanda’s isolationist policy, and states his readiness to share a resource that could improve the lives of many more than just Wakanda’s citizens. He says emphatically, “More connects us than separates us…We must find a way to look after each other as if we were a single tribe.” President Trump could do well to learn from his leadership, and consider what more we can offer in this latest round of trade. 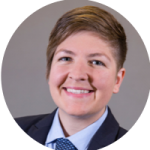 Laura Merryfield is a Master in Public Policy student from Long Beach, California. They come from a community organizing background, working on local and statewide advocacy in immigrant rights, education, and the social determinants of health. 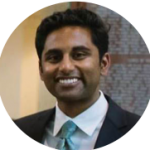 Pranav Reddy is a joint candidate at the Harvard Kennedy School and the Warren Alpert Medical School of Brown University. He has previously worked on projects focusing on the health of marginalized populations in Rhode Island, the Dominican Republic, and India.