Home > Featured > A Call for Service Across the Civil-Military Divide 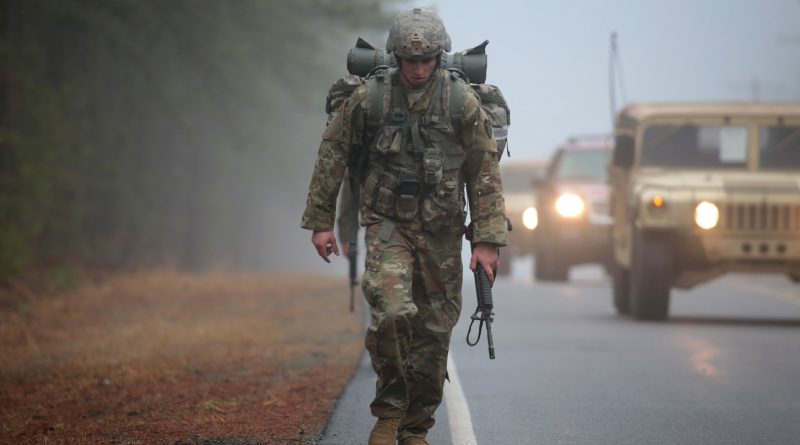 When I walk to class these days, I am usually wearing jeans and a collared shirt. On a brisk Cambridge morning, I’ll be hunched a bit into my peacoat to escape the brunt of the biting wind. I probably have my headphones in, listening to a podcast or audiobook as I walk.

When I was back at the US Air Force Academy, my walk to class looked a little different.

“Forrr-warrrrd, March!” With a 12-inch arm swing to the front, six to the rear, hands squeezed tight against the sides, and thumbs tucked, I would become one blue dot among many blocks of blue dots, all forming the military parade that would cross the Terrazzo for the morning meal. The band crashing forth with a marching rhythm formed the soundtrack to this commute.

I didn’t realize at the time that my “walk” to class was just one way that American civilian and military populations lead radically different lives — or how troubling this “civ-mil divide” can be.

As an officer pursuing a Masters in Public Policy at the Harvard Kennedy School, my studies have spanned both sides of the divide between civilians and military members. This divide is one more way that Americans don’t understand one another — and it translates to both suffering veterans and less informed national security decisions.

In my opinion, the biggest reason is a simple one: we are a military at war, but a nation that mistakenly thinks it is at peace.

Perhaps unsurprisingly, veterans of wars in Iraq and Afghanistan have huge problems re-integrating into a society that doesn’t fully grapple with being at war. The Department of Veterans’ Affairs (VA) reports that somewhere between 11 percent and 20 percent of veterans of Operation Iraqi Freedom and Operation Enduring Freedom suffer from post-traumatic stress disorder (PTSD) in a given year. Many returning vets report feeling isolated from neighbors and communities that simply don’t understand their service and experiences. An unacceptable proportion of our veterans are suffering.

The American public is often not even aware of the policies that dictate our military’s activities around the world. For evidence, we need look no further than the reaction to the deaths of American soldiers in Niger late last year. The reaction – “We have soldiers where?!” – was deafening. Putting the wisdom of the specific policy to station troops in places like Niger aside, a public uninformed about the activities of its own military is a frightening notion. The civ-mil divide contributes directly to that ignorance: people with no personal connections to military members don’t engage with the policies dictating where they serve.

Adding to the tally of negative side effects is the tragic example of veterans occasionally harming those around them. Yountville, California was recently shaken by a horrible incident when a veteran killed three workers at a facility serving veterans with PTSD. Incidents like this one highlight the price incurred by a collective failure to come to terms with a military bearing a burden with which the rest of the country does not concern itself.

To be very clear: the country clearly recognizes the sacrifices made on its behalf by those in uniform. Military members in uniform are almost universally venerated. We get discounts, board airplanes early, and are routinely thanked by strangers. But across society, too few take the time for the ever more important task of actually learning about those who wear the uniform.

It’s time to reach across the divide. Time for those who wear uniforms and those who wear jeans to learn about one another. Time to refuse to cede ground to another divide in an already too-fragmented America.

One of the most powerful ways to do this is through community service. Organizations like The Mission Continues offer frequent opportunities for service members and civilians to work together on community service projects across the country.

For those at Harvard, the Kennedy School is going to try something similar over the coming weeks. We plan to bring together servicemembers and civilians from across Harvard for a series of events addressing this issue. We have held panels and hosted speakers, and will provide a forum for veterans to tell their stories to us so that we who have not experienced war might better understand its implications. Events will culminate in a Day of Service on April 20, when servicemembers and civilians will form small teams and go out into the Boston community to do some good — and to learn about one another.

At this moment in our country’s history, it is more important than ever that civilians and servicemembers understand each other. The only way this will work is if people like you are willing to serve: to give of your time and energy, and to learn about something and someone you may not otherwise get to. We hope to see you on April 20. 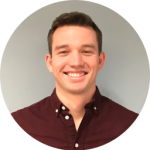 Chris Dylewski is an active duty Air Force Officer and a Master in Public Policy candidate at the Harvard Kennedy School. He is co-chair of the 2017-2018 Veterans Impact Day series of events. Chris also runs a nonprofit organization he founded, Rise, focused on empowering and inspiring young people to lead in community service.