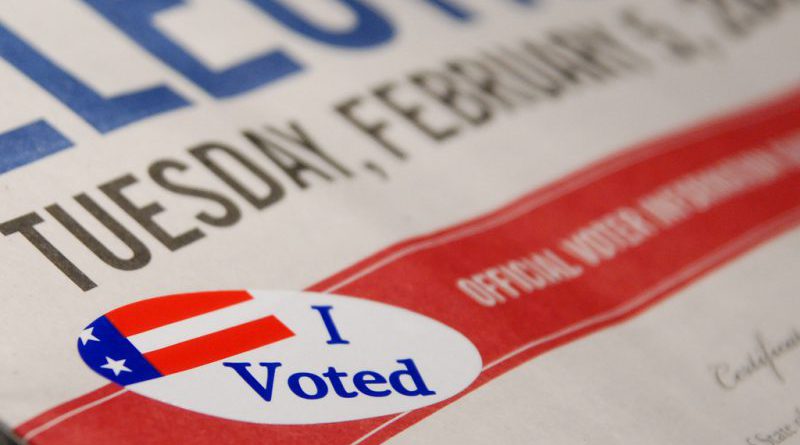 BY SAGAR DESHPANDE and KEN INSLEY

The United States of America is the oldest continuous democracy in the world, but despite the storied history of our government, American civic participation remains abysmally low. Americans feel so disconnected from their political system that during mid-term elections, the majority are not participants in their own democracy.  In most states, only about a third of the electorate cast their vote.

Participation at the polls is the lifeblood of democracy. How can we make mid-terms matter more to voters? One way is by linking voter participation in mid-terms elections to the order of subsequent Presidential primaries. States with high mid-term election participation could earn the privilege of an early primary date and have the responsibility of choosing the direction of the primary season. Although less engaged states would come later, every state would share the incentive to encourage their citizens to vote and receive a tangible reward for doing so.

Since the 1970s, those running for president make their first appeals to New Hampshire’s voters and Iowa’s caucus-goers, giving these two states an outsized influence in choosing the president. By the time voters in California are permitted to cast their ballots, the candidates have often been decided. To bolster their own influence, other states have moved up their primary dates—and have endured punishment for defying party rules to do so.

Every four years, interviews with Iowa caucus-goers and New Hampshire voters fill national broadcasts and justify their privileged position with the high levels of civic participation in their states. But have they really earned this honor? Outside of presidential primaries, are these citizens any more civically engaged?

Perhaps not. Much like the rest of America, when it comes to mid-term elections voters in New Hampshire and Iowa stay home. In every mid-term election since 2006, the majority of eligible voters in both Iowa and New Hampshire did not cast a ballot. But five states bucked this trend. In Alaska, Wisconsin, Maine, Minnesota, and Oregon, the majority of the electorate participated in every election since 2006—including mid-term elections. Shouldn’t this type of consistent and successful civic engagement be rewarded and reinforced? Likewise, shouldn’t the other 45 states incorporate strategies employed by these five to boost their own civic participation?

We can accomplish both by introducing the principles of the marketplace—competition, incentives, and innovation—to our electoral process. That way, states like Indiana and Texas—both under 30% participation in the 2014 mid-term—can become more like Minnesota, which achieved staggering 60.1% participation rate at the polls in 2006.

By ranking the states according to voter participation in the previous midterm election, and scheduling the primaries in that specific order, we can improve the quality and fairness of the U.S. electoral process. This is a wild divergence from current practice, but it would allow other communities to exercise their political voice. For in the status quo, many are left out. Not one of America’s top 50 metropolitan areas are in these two states. Neither has significant minority representation. And both Iowa and New Hampshire are in the bottom half of states for share of international exports, ranking 29th and 39th respectively. This reform would broaden the scope of discussion to foreign policy, urban issues, and civil rights, subjects which frequently take a backseat in the New Hampshire and Iowa political discourse.

We believe this innovation will energize Americans to consistently participate in their government.  It will draw a clear path for every American on how to amplify their voice in presidential elections. Moreover, it will introduce competition between state delegations. States that develop successful programs and policies to encourage voting will do better. Those strategies will subsequently be adopted by other states in future elections.

This simple change will not only increase general engagement but incentivize fairness in our elections. Some states, such as New York, use onerous registration requirements as a strategy to keep incumbents from being unseated. Other states choose to enact strict voter-ID laws or limited voting hours to dull turnout among target demographics. All these states will be punished, as such strategies will make them less influential in subsequent presidential primaries. Additionally, it will finally allow for minority participation in choosing our presidential contenders. Though America is steadily growing more diverse, Iowa and New Hampshire are over 90% Caucasian, giving presidential candidates a strong incentive to speak to the concerns of that community first. By introducing variation into the system, we can ensure that minority communities have the same opportunity to set the tone of an election.

When presented this reform, Brookings Fellow and Harvard Professor Elaine Kamarck, author of Primary Politics: Everything you Ever Wanted to know about how America Nominates its President, said, “The biggest problem is that this would require national legislation, which Congress has always avoided and may also entail constitutional issues.  Decisions on primary dates are made by each state within a time frame decided by the national parties.”

Huge barriers face the realization of radical market electoral reform. In implementing it, national parties would upset countless interest groups invested in our status quo. But as recent elections have demonstrated, improbable is not impossible. Americans have the ability to unite and create a coordinated movement demanding change and reform in our electoral process. Regardless of the obstacles that lie ahead, the first step towards that change is open and frank discussion. We hope this article stimulates a conversation on the virtues of market-based primary reform.

Sagar S. Deshpande is a Master of Public Policy student at the Harvard Kennedy School and a medical student at the University of Michigan Medical School.

Kenneth R. Insley, Jr. is a Master of Public Policy student at the Harvard Kennedy School. He has over 20 years of experience in civic education and international public diplomacy exchanges.