Home > Articles > In South Africa, Cyril Ramaphosa Can Save the ANC 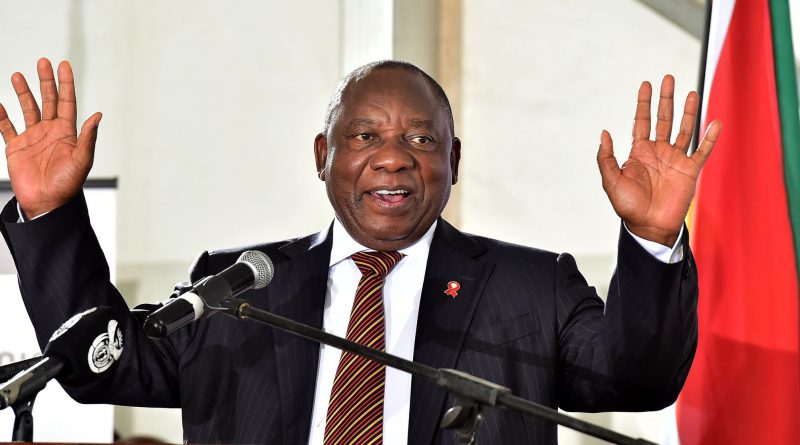 On February 15, Cyril Ramaphosa assumed the office of South African President after an embattled, beleaguered Jacob Zuma finally resigned. Ramaphosa has an opportunity to lead South Africa toward better democratic governance, improved service delivery, and greater equity. On economic policy, he can thread the needle between sound fiscal management and growth-oriented economic orthodoxy, along with popularly-demanded income and wealth redistribution, a balance that plagued South Africa’s second President, Thabo Mbeki.

If he does so, Ramaphosa can save his party, the African National Congress (ANC), from disgrace, while leading the Republic of South Africa toward greater shared prosperity.

The ANC was once a rebellious change agent pushing for justice and democracy in South Africa. Throughout apartheid, they called to make South Africa “ungovernable.” Now in power for two decades, they have struggled to turn a broad-based social movement into a body that can govern South Africa. The ANC has become the party of the status quo.

Thabo Mbeki took office in 1999, setting out to implement Mandela’s ANC agenda. Mbeki designed his chief economic program, Growth with Employment and Redistribution (GEAR), under the belief that high levels of growth, achieved through an outward-oriented economy and foreign direct investment, would permit a redistributive state.  Even as growth rates under Mbeki began to contract (from 3% in 1996 to 1.7% in 1997 and 0.6% in 1998) and unemployment stood around 37.6%, Mbeki redistributed wealth.  His Black Economic Empowerment agenda ensured positions at universities and private companies for black South Africans. His expansion of the South African social security grants and pro-poor spending was unprecedented: under Mbeki, coverage of social grants increased from two to 14 million of South Africa’s 52 million people. Today, more South Africans receive social grants than pay income tax.

Yet paradoxically, Mbeki was considered a Thatcherist at heart. He declared that “At the heart of our challenges are two linked concerns – we must create work and roll back poverty,” which may explain his economic motives.

The downfall of Thabo Mbeki and Wall Street’s 2008 collapse are intricately linked.  Try as he might to promote GEAR as a sensible balance between growth and redistribution – expanding the pie and more evenly dividing it – South Africans were skeptical.  In research I conducted across South Africa from 2014 to 2015, anti-Mbeki sentiments were palpable.  One interviewee from Soweto told me while discussing economic insecurity:

Oh I blame Mbeki. He is the one I blame. Because he started with this whole thing:  privatization. Selling big companies. Which the white people loved… And what I see…some people made it…they’re in business. But for democracy, post-apartheid…we are all hungry and looking for food! Back then, there was less money, but nobody went to bed hungry. Now it’s a democracy but people go hungry. So something is wrong somewhere.

Popular dissatisfaction with Mbeki, an Oxford-trained economist, led to the election of a more populist President Jacob Zuma, who never received a formal education. Zuma faced rape and corruption allegations as early as 2009, and his legacy was marked by state capture, economic mismanagement, and clientelism. By 2017, South Africans of all race and class backgrounds were united. Against Zuma. The “Zuma Must Fall!” social movement brought together low-income communities, striking workers, and liberal Cape Town civil society organizations. Finally, in early February, Zuma resigned.

Enter Cyril Ramaphosa. A scholar, anti-apartheid activist, and attorney, Ramaphosa started his career as a mineworker (he eventually launched the National Union of Mineworkers). But later, he switched sides. Now, he is a business tycoon worth half a billion U.S. dollars and has sat on the board of mining companies like Lonmin, which were partially responsible for the violent human rights abuses of the Marikana Mine Incident. Critics of Mbeki in 2008 may feel similarly about their new president: Cyril Ramaphosa’s life of luxury is far detached from that of an ordinary South African.

Yet so far, Ramaphosa has adeptly thread the needle between social policies like state-subsidized education and outward-oriented growth. In his first public speech last week, Ramaphosa remarked:

We are one people, committed to work together to find jobs for our youth; to build factories and roads, houses and clinics; to prepare our children for a world of change and progress…

Starting this year, free higher education and training will be available to first-year students from households with a gross combined annual income of up to R350,000 [appx USD $30,000]…[This investment will] contribute to greater economic growth, reduce poverty, reduce inequality, enhance earnings and increase the competitiveness of our economy.

Ramaphosa seems aware of the numerous challenges facing not just South Africa but his own political future: Cape Town faces severe water shortages and droughts and may be the world’s first major city to run out of water this July; recent Parliamentary votes on land expropriation worry landed white South Africans, many of whom are threatening to leave the country; and the nation’s younger “born free” generation, who have no living knowledge of apartheid, began under Zuma to look beyond the ANC, to other political parties. Ramaphosa needs to clean up the ANC’s endemic corruption to win these disaffected voters back.

According to The Guardian, after Ramaphosa assumed office Goldman Sachs identified South Africa as the “big emerging market story” of 2018; some analysts forecast growth of 2% this year. Earlier this month, Ramaphosa hosted a 5am walk through Cape Town’s townships, open to all, promoting healthy living and civic engagement. Ramaphosa’s proactive outreach to ordinary South Africans already differentiates him from Mbeki.

Ramaposa can and must ensure that South Africans across the country feel this growth. If he can successfully walk the tightrope between the need to grow South Africa’s economy and his promise to reduce inequality, Ramaphosa can save the ANC. 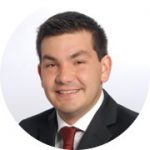 Stefan Norgaard is a Master in Public Policy candidate at the Harvard Kennedy School. He serves as an Associate Editor for the Kennedy School Review and a Research Associate with the Bloomberg Harvard City Leadership Initiative. Formerly, Stefan worked with the Ford Foundation’s Equitable Development team and as a Fellow with the NYC Department of Transportation. In 2014 he lived and worked in Cape Town and Johannesburg, South Africa. He is passionate about good governance, participatory democratic practice, and development that is equal and just.