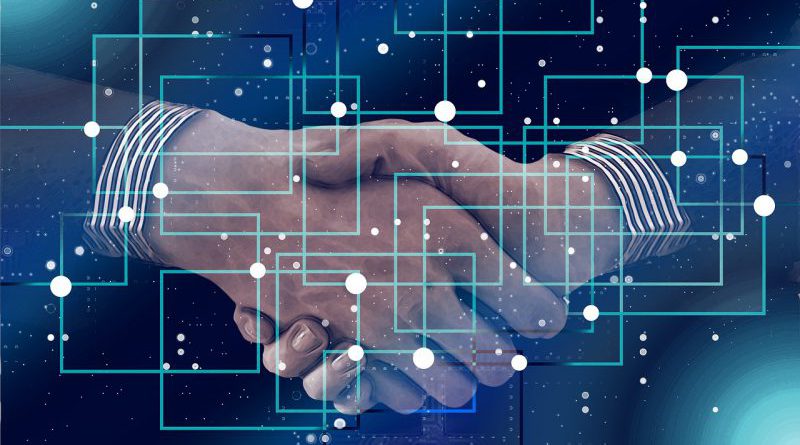 A year ago I was a part of a delegation from the Harvard Kennedy School competing in the Student Challenge at the World Government Summit in Dubai, UAE. Against twelve teams, we won with a pitch to incentivize civic engagement through citizen-government digital coins that directly activate the power of the people.

Blockchain, the technology behind today’s often-discussed Bitcoin, holds the key to unlocking this power. Blockchain is a decentralized peer-to-peer technology, connecting users across the world. The technology verifies unique and encrypted transactions in a temporal sequence to avoid fraud. The verification process is undertaken through a mining process that compensates miners with cryptocurrency. This technology ensures equity in the order of the transaction, incorruptibility as the order cannot be reversed/broken, and transparency as the transaction is made public to the global network. Such transactions can be financial, like Bitcoin, or pieces of information, such legal contracts, land registrations, or personal IDs.

What I didn’t fully appreciate at the time we won the student challenge was that governments and private actors are already leveraging the power of blockchain to revolutionize civic engagement. These early tests require that political advocates, community organizers, and social entrepreneurs pay attention. Blockchain can solve real-world problems by increasing access, building capacity, and encouraging engagement for democracy, community service, and social good worldwide.

Voter apathy has plagued elections across the world. One potential solution is participatory democracy, where individual participation is the focus of political decision-making. Blockchain supports this type of direct action peer-to-peer democracy.

Civic is leveraging blockchain to digitize and encrypt personal identification cards to ensure a secure, cost-effective, and incorruptible means for citizens to vote, access government services, and communicate directly with city officials. MiVote, an Australian start-up, uses blockchain to provide a platform where residents can vote on issues affecting their communities. Governments including Denmark, Estonia, UAE, and Switzerland are similarly using blockchain to further their participatory democracy.

Blockchain also provides new avenues to engage citizens in community service. Using a cryptocurrency-style reward system, blockchain can incentivize participation. The D-CENT project, an initiative to use technology to advance democracy across Europe, developed the Freecoin Toolchain technology to create digital currencies for social good. D-CENT aims to spur community service through a mechanism where social do-gooders are rewarded for civic engagement.

A Barcelona-based start-up, Social Coin has taken up the spirit of D-CENT. Social Coin identifies community challenges using artificial intelligence, and provides blockchain-powered social coins to incentivize community participation in resolving those challenges. In their words: “Social Coin became a disruptive solution for social engagement based on a reward system for positive actions.” Social Coin has distributed over 20,000 coins as a reward for more than 500,000 positive actions in more than 70 countries since 2013.

There are a growing number of cryptocurrencies facilitating social good through improved fundraising platforms. Blockchain allows a transparent, innovative, and expedited method of transfer that avoids the pitfalls of terrorist financing, slow response to disaster relief, and donor fatigue. BitGive Foundation has used blockchain to track donated funds in real time, enabling the public to monitor where aid is ultimately distributed. Such efforts are complimented by organizations seeking to democratize the fundraising process through blockchain. RootProject achieves this by marrying a crowdfunding platform with on-the-ground organization using their ROOTS Token to create “a whole new generation of community activists,.”.

These efforts seek global impact, but an average person may see participation as cumbersome. A few organizations seek to aggregate the power of the masses to carry out social advocacy with minimal effort from any one person. Bail Bloc proudly proclaims that it is a “cryptocurrency scheme against bail”. Regular users can download software from BailBloc that operates in the background using the spare power of their computers, to mine the digital currency Monero. The incremental funds ($3-5 a month) are used to help low-income defendants post bail in the Bronx, NY.

THE FUTURE OF BLOCKCHAIN

Blockchain is not without its challenges. The lack of coherent regulation has states and nations over-legislating to limit the scope of cryptocurrencies and blockchain, which can slow down transaction speeds and limit its access. Moreover, despite efforts at maintaining blockchain’s decentralized allure, there are outstanding issues of consensus building and universal adoption by users across the global network. Additionally, recent security breaches have dissuaded those seeking to use blockchain for social good.

Despite these challenges, blockchain and the innovative technology in this space can inspire a cadre of altruistic civic leaders. Indeed, the meteoric rise of Bitcoin has generated further enthusiasm among those seeking to use blockchain to solve real world problems. In a rapidly-changing society that is increasingly participatory, decentralized, and has access to technology that can democratize civic engagement, blockchain may hold the answer. It’s just a matter of opening your heart, reaching for your smartphone, and making an impact one digital block at a time. 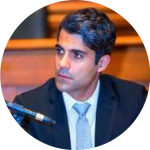 Mr. Zahawi is currently a Non-Resident Fellow at Harvard’s Ash Center of Democratic Governance and Innovation, and the Managing Partner at Veritas Global Advisors. Prior to completing his MPA at the Kennedy School, Mr. Zahawi was a former International Attorney-Advisor with the U.S. Department of Commerce. He also holds a J.D. from UC-Berkeley Law, MPhil from the University of Cambridge, and B.A. from UC-Los Angeles.