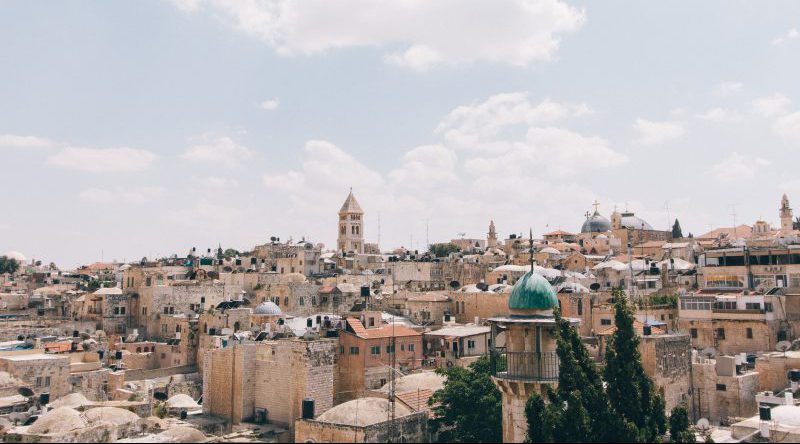 When President Donald Trump declared in December that the United States would recognize Jerusalem as the capital of Israel, many observers heard a death knell for Palestinian hopes that Jerusalem would serve as the future capital of an independent state. But in reality, aspirations for an Arab Jerusalem died long before –  when the majority of Arab countries started going downhill with weak economies, civil wars, and terrorism. While this decline might be more vivid since the Arab Spring introduced further instability to the region, the Arab world has been weak and divided all along – with different variations – since Israel decided to be our neighbor in 1948. Accordingly, Arabs should acknowledge that the time of waiting for the Messiah has passed; this generation is its own Messiah.

After Trump lowered the curtain on hopes for an Arab Jerusalem, the streets of major Muslim and Arab cities—from Jakarta to Amman, Lahore to Istanbul, Amman to Beirut—were flooded with protesters and banners that rejected this reality. A majority of 128 countries condemned the decision in a U.N. General Assembly meeting. Over 50 Muslim countries met in Istanbul to find solutions. The Arab League held an urgent meeting. But two months later, the storm has settled down. Jerusalem is back to being the elephant in the room: absent from the day to day conversations, yet present in the collective consciousness and a hot topic in diplomatic negotiations. This means two things: Arab leaders have no genuine intention to advocate for an Arab Jerusalem, and the people’s mobilization was an emotional response, not the beginning of a real effort to push their governments toward alternative routes.

For Israelis, Trump’s announcement was not met with surprise but with fear of violence. Most Israelis considered Jerusalem (West and East) as their capital since they captured East Jerusalem in the 1967 Six-Day War. On the other hand, Palestinians consider East Jerusalem as the capital of a future Palestinian state. According to the U.N., Jerusalem is under international control until peace negotiations take place. Trump’s decision marks the first international recognition for Israel’s move. The implications of this recognition remain unclear, and its impact on the negotiations over a two-state solution is unknown. However, it is vivid that more than 300,000 Palestinians living in East Jerusalem feel unsafe, defeated, and on the verge of displacement.

Now that emotional reactions and diplomatic overtures have largely passed, it is time to see the new U.S. foreign policy for what it is. All Trump did was hold a mirror to the weakness and hypocrisy of Arab states.  Arab nations have never been more divided, both internally and against one another. Saudi Arabia is busy fighting the Houthis in Yemen. The Gulf states and Egypt are standing against the threats of Qatar and Iran. Egypt is barely hanging on after its revolution. Libya and Iraq are muddling their ways through internal terrorism and tribal divisions. And Syria is burnt by a civil war.

Arab leaders are confronted with some hard truths about their own domestic and regional challenges. From the backlash to the Arab Spring ,to violent extremism that often explodes into mainstream society, Arab leaders have no shortage of problems that have nothing to do with Jerusalem, or even with the Israeli-Palestinian conflict. Jerusalem has been used as a rallying cry for generations. But its political purpose was an excuse for inaction. Now that Trump appears to have taken away this excuse, each Arab country should stand strong on its own, before they attempt to be strong together.

As urgent as the Palestinian situation is, the Arab nations have no option but to face their reality and to focus on internal development. It is time to channel the collective rage into nation-building – to focus on education, health care, infrastructure, and technology. It is time to draw lessons from China, whose economy—on par with Zambia’s in 1978—is now the second largest in the world. This nation-building project will not only allow Arab countries to respond to their citizens’ grievances and address the challenges in the region, but it will also—for the first time—put them on a path to choose their fate, individually and collectively.

Some could argue that the absence of collective action towards Jerusalem might open the door to further “defeats.” As Iraqi Foreign Minister Ibrahim Al-Jaafari said during the Arab League’s emergency meeting, “if we do nothing about [Trump’s decision], there will be many, many more tragedies.” On the contrary, the economic development and political stability that will result from nation-building are the only guarantees against further defeats in the foreseeable future.

An Israeli Jerusalem is good for Arabs because it forces them to see the big picture, to acknowledge that the problem is neither with America nor with Israel. A better future is only possible after taking responsibility, creating new alternatives, and working together instead of getting angry together. Our generation needs to accept that “we are the ones we have been waiting for,” as the author Alice Walker puts it. Our hands need to get stronger before our voices get louder. 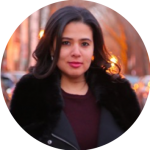 Ekram Ibrahim is a journalist and a Mason Fellow at Harvard Kennedy School who focuses on Middle East politics.