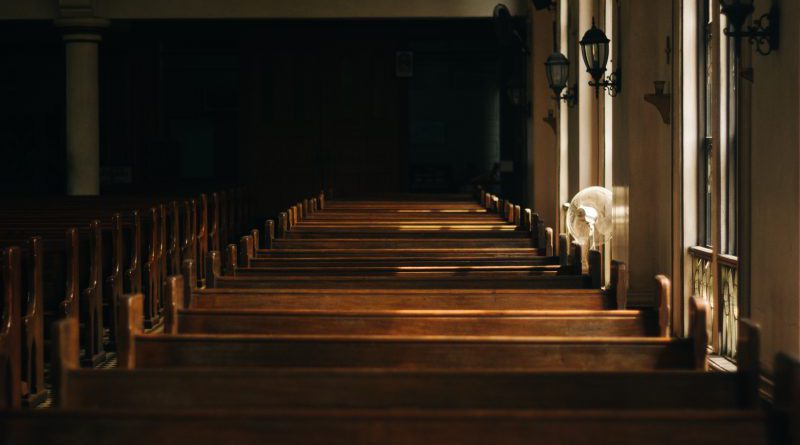 BY MARIYA ILYAS AND CASSIE RASMUSSEN

Tomorrow marks the one-year anniversary of President Donald Trump’s Executive Order Protecting the Nation from Foreign Terrorist Entry into the United States—more commonly known as the “Muslim Ban”—which restricts immigration from several Muslim-majority countries. For a year now, the United States, a country founded on religious freedom, has been singling out a religious group.

This demonstrates all too well that America’s relationship with faith is a prism of contradictions. On the one hand, religious freedom is central to American history and identity. On the other hand, dominant Christian culture has suppressed, and in many ways continues to suppress, minority religions.

Nowhere is this contradiction clearer than in the vetting of those we elect to the presidency. We are a nation with no official religion, with a myriad of religious traditions represented by our people. And yet the figurehead of our nation, the President of the United States, is expected to represent a very particular American religious tradition and belief: Christianity. All 45 presidents have been affiliated with Christianity. We see this association across Presidential traditions, which include celebrations of Christian faith such as the Easter Egg Roll, lighting of the ‘National’ Christmas Tree, and the National Prayer Breakfast. Would a non-Christian president be expected to continue these traditions? Our guess is most likely—if they could get ever elected in the first place. As a society, we expect a certain performative religiosity from our presidents, but the expectation cuts both ways.

When it comes to the public displays of their religion, elected officials have a very narrow sphere in which to function. As Kevin Kruse chronicles in his book One Nation, Under God, the particular form that religion is expected to take in the lives of our presidents is largely a construct of the 1950s, when there was a broad consensus around ambiguous deism characterized by national prayers at the inauguration, the addition of the phrase “under God” in the Pledge of Allegiance, and the distribution of Bibles in public schools. Following this tradition, even today we limit our presidential candidates to a narrow margin of accepted religiosity, and we challenge anyone who doesn’t carefully walk that precarious line of pseudo-secular American Protestantism.

During the 2016 General Election cycle, then-Republican presidential nominee Donald Trump criticized his opponent Hillary Clinton’s lack of expressed religion. “Now, she’s been in the public eye for years and years, and yet there’s nothing out there,” said Trump in a closed meeting to top Christian leaders in June 2016. By contrast, in the 2012 General Election, Republican nominee Mitt Romney was criticized for his Mormon faith, even though Mormonism is a sect of Protestantism. Slate asserted that “Mitt the Mormon” needed to answer for “the bizarre beliefs of his church.”

This wasn’t the first time a presidential candidate had to defend his faith. In 1960, John F. Kennedy spoke to a group of Protestant ministers in response to doubts about his ability to “make important national decisions as president” because he was Catholic.

These cases stand in stark contrast to America’s proclaimed ethos of religious tolerance.

Time and time again, immigrants and refugees have sought in America a place where they could openly and freely practice their religion. Maryland was a haven for Catholics; William Penn founded Pennsylvania for the Quakers; puritan separatists came to call Massachusetts home. And when Roger Williams left those very puritans to found Rhode Island, he did it expressly for the purpose of complete religious tolerance. “Forced worship stinks in God’s nostrils,” he said.

So, why does a country founded on religious tolerance have so little acceptance for deviation from the religious norm, whether from the President of the United States or from the citizen casting the ballots?

Perhaps the larger issue is the role of religion in the American public in general. Religious language acts as a shibboleth—you must have precisely the right kind and right amount of religion to be trusted. The words you use to describe your beliefs act as code words that can let you through gates of acceptance or deny you entry. In some circles, you may be frowned upon for not attending church. (How could you be trusted to babysit my children if you don’t sing the right hymns?) In other places, your religious beliefs will condemn others to see you as unintelligent, backward or irrational. (How can you be trusted in science class if you believe in an ancient sacred text?)

There’s a double standard in which Americans must at once be both perfectly ‘rational,’ non-religious entities, and yet have a moral compass to “make important national decisions”—with morals which, very likely, were formed by religious identities.

In his book, Culture of Disbelief, Yale law professor Stephen Carter writes: “We should stop the steady drumbeat, especially in our popular culture, for the proposition that the religiously devout are less rational than more ‘normal’ folks and that we should avoid the past assumptions, all too common in our rhetoric, that religion is more dangerous than other forces in American society and must therefore be carefully reined.”

Yet, President Trump did exactly that within the first week of taking office. The “Muslim Ban” reined the influx of immigrants from several Muslim-majority countries. One religion in particular has become marked as a “dangerous force” in American society. And still, only people of a certain identity and religious affiliation get to decide who can and cannot cross the U.S. borders—the same borders that opened for Europeans fleeing religious persecution.

The immigration narrative in this country makes us wonder whether someone from a minority, non-Christian religious background could ever be elected to the highest office in the land. More than anything, it comes down to an issue of trust. Whom can we trust to lead our country, and to decide what is best for our country? Can we trust someone who does not reflect America’s quintessential religious beliefs?

We can, and we should, because that is what it means to be American. 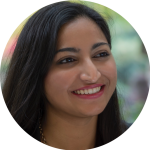 Mariya Ilyas is a 2015 Pickering Graduate Fellow from Alexandria, VA. She is studying international security and global maritime affairs at The Fletcher School of Law and Diplomacy. She previously worked as an analyst, served at The White House and the U.S. Department of State, and taught English in Turkey and Pakistan. Mariya graduated from Bowdoin College in 2013 with degrees in Mathematics, Sociology, and Government. 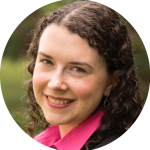 Cassie Rasmussen is a student at Harvard Law School. She has previously contributed to been The Toast, Spider Magazine, and Grey Sparrow magazine. She spent her childhood living and learning in several regions of the U.S., including California, Michigan,  Connecticut,  Florida, and  Massachusetts. Cassie graduated from Harvard College in 2013 with degrees in History & Literature and in Folklore & Mythology.