Home > Featured > China’s Initiative of Building 1,000 Towns is in Danger of Becoming the Next Wave of Ghost Cities 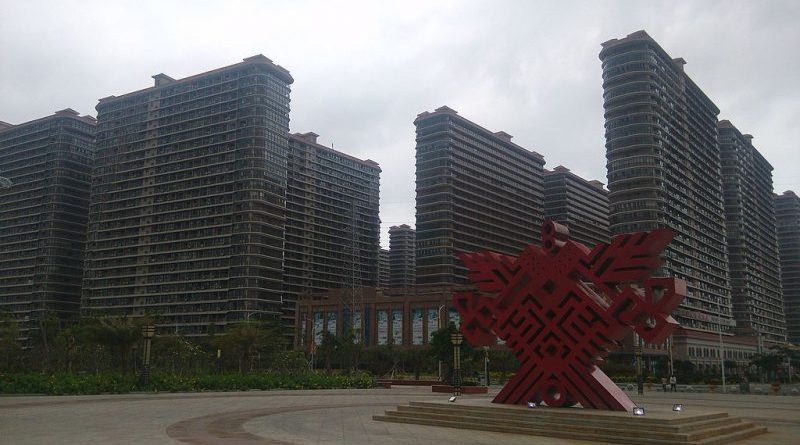 A massive government effort to build thousands of commercial-themed towns across China is off to a rockier start than expected. Still largely overlooked in Western media, “Characteristic Small Towns” (CSTs) have become the championed model of urban development in China over the last two years, littered across ambitious initiatives by central and local governments. Originally started as a policy to help emerging industries grow, CSTs quickly became a fad with exaggerated economic potential before Beijing intervened to rein them in. They offer a useful case study of how China approaches its economic transition and balances state planning with markets.

In less than two years, an experiment in a coastal province developed into a nationwide campaign endorsed at the highest level. In 2014, the Zhejiang provincial government created two small towns adjacent to the headquarters of Alibaba, hoping to leverage the online retail giant’s clout to attract talent in venture capital and cloud technology. Over the next year, Zhejiang unveiled a plan for 100 more CSTs across the province. Inspired by California’s Napa Valley and Switzerland’s Davos, each CST would offer resources for a specific industry such as tech entrepreneurship, manufacturing, tourism, or finance. Ideally, it would create market conditions that attract businesses and facilitate talent migration and economic growth in surrounding areas. President Xi Jinping, who spent three years as Zhejiang’s top leader, sent his economic advisors to investigate the idea. One advisor, Liu He, remarked that Zhejiang’s towns “correctly dealt with the relationship between government and markets, bravely ‘giving water to the fish’ and allowing businesses the freedom to succeed.”

Following that endorsement, central ministries and local provinces jumped on the bandwagon as the planned towns exploded in number. In July 2016, the Ministry of Housing and Urban-Rural Development (MHURD), the National Development and Reform Commission (NDRC), and the Ministry of Finance announced a plan to create 1,000 CSTs by 2020 at an estimated cost of 5 trillion RMB, including 1.75 trillion RMB in infrastructure investments. But discord was evident from the start. The names and locations of the first 127 CSTs were announced jointly by all three agencies. However, MHURD independently announced the details of a second batch of towns. The State Administration of Sports, too, announced its own plans to create 100 CSTs. At least a dozen local provinces and municipalities issued their own 100-strong lists of CSTs, pushing the total number of planned towns well above 2,000.

The sudden popularity of CSTs should be considered within the broader context of China’s mounting, 15 trillion RMB local government debt. Since a 1994 tax-sharing plan drained their budgets, local governments have relied on land sales to finance infrastructure projects and achieve political goals. But in 2014, the central government launched a campaign to eliminate local government financing vehicles (LGFVs), shadowy platforms set up by local governments to acquire loans from state-owned banks.  Developing CSTs offers local governments an opportunity to refinance LGFVs to acquire policy bank loans. For example, on April 10, 2017, China Construction Bank announced a commitment of at least 100 billion RMB in specialized loans for the first 127 CSTs announced by central government agencies. The first such loan, amounting to 1.36 billion RMB, was granted to the municipality of Chongqing on April 26, 2017. While uneconomic propositions of hastily planned towns put off commercial financiers, real estate companies saw this as an opportunity to acquire land at subsidized rates.

Recently, officials in Beijing have begun to scrutinize the boom of CSTs. In July 2017, the NDRC’s Director of Planning openly criticized governments for classifying industrial parks as CSTs. These comments reflected concerns that the model was being misconstrued to legitimize unprofitable infrastructure projects and subsidize commercial real estate. Furthermore, some towns have already failed. In August, the Zhejiang government downgraded five CSTs to “incubation” status and cancelled a sixth. This December, China’s top regulators decided that the zealous planning of CSTs needed to slow down. A State Council decree said CSTs would be labeled more conservatively to prevent capture by real estate or exacerbating local debt.

Compared to the old model of state-led infrastructure investments and industrial parks, CSTs represent a new orientation with more independence for the private sector and attention to local context. As China transitions away from an economy led by state investment, experimentation will be essential. The rapid cycle of innovation, expansion, and restraining of CSTs exemplifies how China approaches experimenting with economic policymaking and negotiating a fragmented bureaucracy. New ideas often begin through local experimentation, where some rules can be overridden. If successful, they can expand nationwide. Former Chinese leader Deng Xiaoping famously described this process as “crossing the river by feeling for stones.” If Beijing is able to weed out uneconomic planning and financing, CSTs could become a successful example of “crossing the river” economic policy.

There remains a broader question of whether mass central planning could recreate the market drivers that generate growth. The Western towns from which China drew inspiration originated not from government planning but the chance convergence of geography, talent, and commerce. Experts such as Chou Baoxing, a former vice minister at MHURD, have pointed out that Zhejiang’s original CSTs were successful because they developed organically in a region where private sector was already thriving. “What I’m now most afraid of,” said Chou, “is that CSTs have approval from the General Secretary [Xi], and a track record in Zhejiang. Everything will become a CST, and destroy our good reputation.” 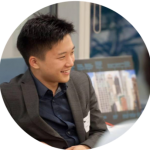 Ben Yunmo Wang is a master in public policy student at the Harvard Kennedy School. He has worked as a China researcher at Eurasia Group, a political risk consultancy, and as a management consultant with McKinsey China.