Home > Featured > Of Mascara and Men 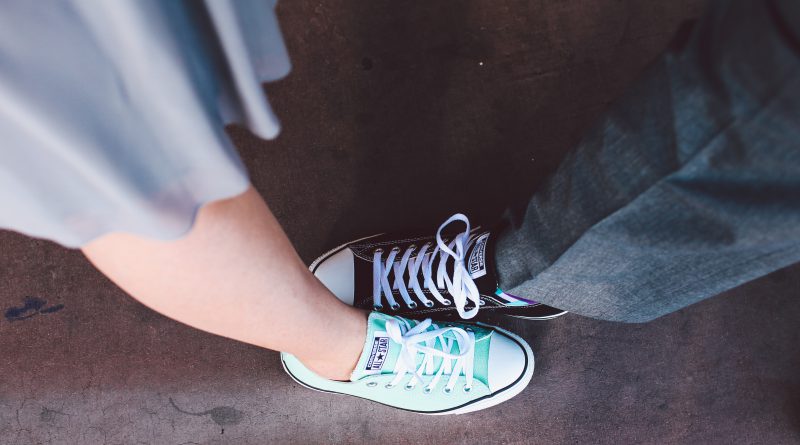 Chile, 2006: Jim wiped the blood from his eyes and gingerly picked his body off the ground. He had been idling down an empty street when, suddenly, several young men pounced on him and beat him to a pulp. “Why do you walk funny, you pansy?” they bellowed, between punches.

India, 2010: Jane stood alone at the college bus stop. As she waited, a man sprung at her and forced his hand down her shirt. Jane fought him off and sprinted, screaming, back to campus. When she reported the incident, she received a quizzical look, with the question, “What were you wearing?”

Several years later, attacks like those on Jim and Jane remain globally commonplace – and not just in the developing world.

The overarching cause of these attacks is the same: the patriarchy. Simply defined, the patriarchy is a system of social rules and gender norms. The patriarchy discriminates against men like Jim, since his gait does not fit social convention. It is the system that tells women like Jane that the fault is hers, rather than her attacker’s. It is also the system that has been repeatedly ruthless in excluding women and sexual minorities from power.

Society’s condemnation of Jim and Jane is proof that the patriarchy hurts everyone: women, sexual minorities, and even cisgender straight men. The examples of how the patriarchy damages men are several. For one, there is the institutional mistreatment of male victims of violence – who are repeatedly stigmatized and denied government assistance. Another example is that white, middle-aged men account for 70% of America’s annual suicides. Psychologist Cheryl Meyer attributes this to what she terms ‘hegemonic masculinity’ – the idea that “one’s machismo must be broadcast constantly, no matter what he is dealing with or how he feels inside.” All the above – from Jim and Jane, to male suicide and violence, culminate in one overarching truth. The patriarchy is a social toxin which must be battled to achieve true gender equality.

This is precisely why students like myself (including many straight men) earnestly hope that the announcement of a ‘Men’s Issues Group’ (MIG) at the Harvard Kennedy School means that the group aims to battle the patriarchy. Moreover, in defining its rhetoric, it is imperative that the MIG link arms with feminist and LGBTQ groups, supporting gender equality for everyone, not just cisgender straight men. Not doing so sets a dangerous precedent for Harvard. A brief peek at history tells us why.

Back in the 70’s, the discourse on men’s liberation began gaining traction, and the men’s liberation movement ultimately split into two main strands. The first strand was a pro-feminist men’s group, which immersed itself in fighting Meyer’s earlier description of ‘hegemonic masculinity.’ This group comprehended that the patriarchy beleaguers both men and larger society, whilst understanding that the extant power dynamic between men and women customarily falls in favor of the former.

The second strand, however, was an anti-feminist group. This group is perceived by scholars as a backlash to the feminist movement, since it jettisons the notion of the patriarchy – the root cause of harm to men like Jim. This anti-feminist arm went on to oppose feminist arguments for a gender-equal society: a pressing concern for women and LGBTQ individuals even today.

Men’s groups of the second mold have been disparaged by organizations such as the Southern Poverty Law Center (SPLC). A 2012 SPLC issue reports, “Misogynists in the men’s and fathers’ rights movements have developed a set of claims about women to support their depictions of them as violent liars and manipulators of men. Some suggest that women attack men, even sexually, just as much as men attack women.” The report proceeds to underscore the true figures on rape, “Nearly one in five American women (18.3%), have been raped; the comparable number for men is one in 71 (1.4%).”

History and statistics indicate that the MIG must shape its rhetoric with extreme care. Let’s take the aforesaid SPLC report on sexual violence as an example. What is not in question is that straight men face sexual violence – this is a fact, and an egregious ill which must be snuffed out.

What is in question is how the MIG shall frame sexual violence. On the one hand, it could get into a one-upmanship duel with women survivors, claiming that straight men face rape to the same extent as women – which, as the SPLC report indicates, is untrue. It should never be denied that women currently face nothing short of a rape epidemic. This narrative does another arrant injustice: it pits one group of survivors against another, in a raging gender bullfight: Jim against Jane – it can only be one or the other.

There is a superior option to the bullfight – to engage with the issue of sexual violence against men, while also linking arms with feminist and LGBTQ groups. The MIG stands at a crucial fork in the road. Its rhetoric should be shaped by the understanding that the patriarchy spawns injustice which harms men, women, and non-binary individuals in different ways. Another SPLC report from May 2012 highlights the alarming links between anti-feminist men’s groups and violence, using the example of Norwegian mass killer Anders Breivik, who “wrote extensively about the evils of feminism,” and is hailed by many anti-feminist men’s groups as a hero.

Jim and Jane represent just two of the many real stories of people I know. If we are to truly prevent women from being slut-shamed when harassed, and men from being beaten simply for walking, there is only one choice. The MIG should collaborate with organizations such as the Gender Policy Union, Women In Power and other gender groups on campus.

If it truly wishes to fight injustice, the MIG must forge allegiances with women and the LGBTQ community, rather than engage in a gender bullfight.

It is the only way to finally smash the damned patriarchy.

Note: This article represents the personal views of the author, who does not speak on behalf of any gender group on campus.

Namrata Raju is a Master in Public Administration candidate at the Kennedy School. She set up Oman’s first ever in-house consumer research department in banking, and worked on research on the MENA region for 7 years. She is an economist by background, with her prior MSc in Economics from the University of Warwick, UK. Gender is a key research interest.

Photo by Alysa Bajenaru on Unsplash